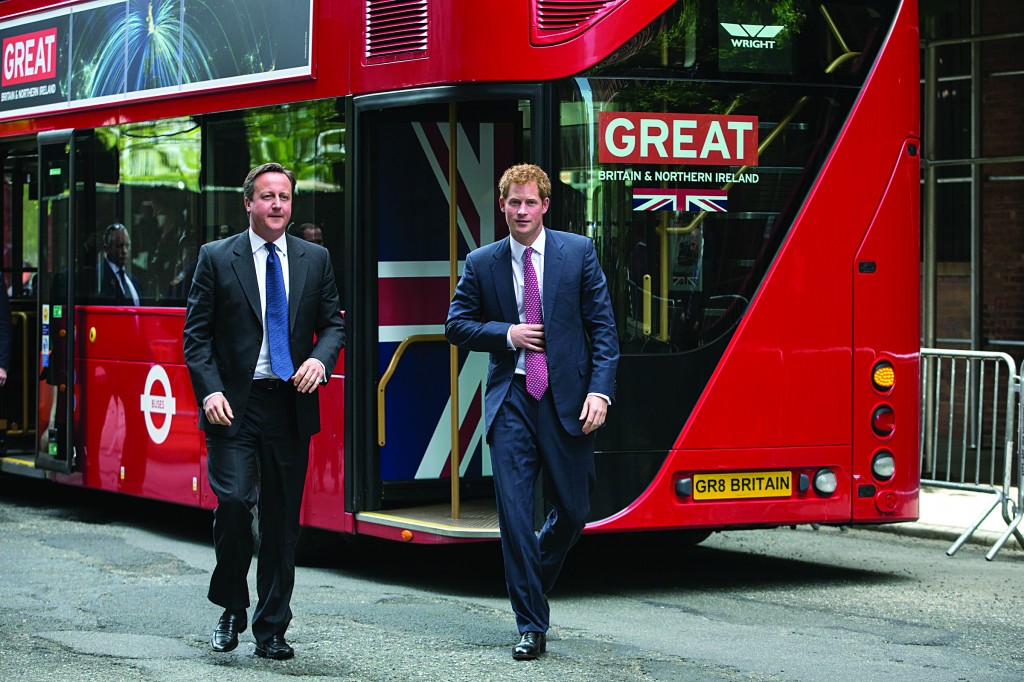 Britain’s Prince Harry wrapped up a weeklong visit to the United States Wednesday in which he also toured areas devastated by Superstorm Sandy and avoided the kind of headlines stirred by his last American tour.

“Thank you for a wonderful week,” Prince Harry said in a speech before taking to the manicured field at the Greenwich Polo Club for a charity game. “I have witnessed the extraordinary generosity of the people of this great nation.”

At the Atelier360 shop on Greenwich Avenue, the company was holding a party with tea and cucumber sandwiches. Co-owner Veronique Lee said British designers are well-represented at the boutique, which sells items including hand bags, flasks and cuff links.

“We like royalty. What can you say?” Lee said. “We’re having a lot of fun here.”

The Greenwich visit struck a lighter tone than his stop the previous day in New Jersey, where he toured two shore communities devastated by Superstorm Sandy.

New Jersey Gov. Chris Christie showed the prince a spot in Mantoloking where the sea had cut the town in half, taking out a bridge and houses. The channel has since been filled in. Every one of the wealthy town’s 521 homes was damaged or destroyed. Scores remain as piles of rubble.

“This used to be a house?” Prince Harry asked at one barren spot.

The prince said he was impressed to see “everyone getting together and making things right.”

The prince, the son of Prince Charles and the late Princess Diana, began his visit to the U.S. on May 9. He is third in line to the British throne, after his father and older brother, Prince William.