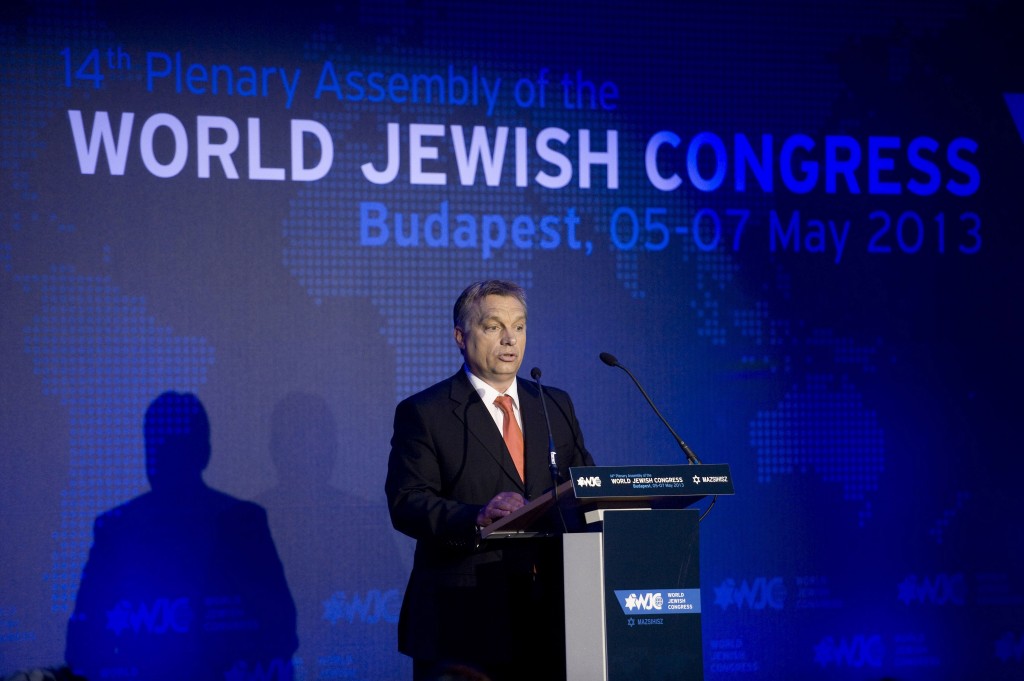 The World Jewish Congress said Tuesday it is greatly concerned about the emergence of what it called neo-Nazi parties in Europe, singling out Greece’s Golden Dawn, Hungary’s Jobbik, and Germany’s National Democratic Party.

A study presented at the congress’s assembly in Budapest, the Hungarian capital, highlighted the links among the growing strength of such extremist groups, the European economic crisis and latent Nazi-type tendencies in Europe.

“Although neo-Nazi style movements and ideologies are present in other parts of the world, it is unsurprising that an ideology that was born in Europe should be most likely to show a resurgence in Europe, inside the party political system,” the study said.

The study recommended that mainstream parties effectively quarantine neo-Nazi groups by refusing to appear with them in public or meet with them in private. The “economic crisis, which has nurtured the neo-Nazi cause, may endure or worsen,” the document said. “We must be prepared for all eventualities.”

In a resolution adopted by the congress at the end of its three-day meeting, the group led by U.S. businessman Ronald Lauder urged countries whose constitutions allow it to urgently consider banning neo-Nazi parties or organizations “posing a threat to the safety and well-being” of minorities.

One concern of the group is Golden Dawn, Greece’s third most-popular party. The party, which was once marginal, rejects the neo-Nazi label, but it is fond of Nazi literature and symbols. It has been accused of being behind a spurt of violence against immigrants living in Greece.

Hungary’s Jobbik, which styles itself as a nationalist movement and also rejects the neo-Nazi tag, is the second-largest opposition group in parliament, having won 16.7 percent of the vote in 2010. Germany’s far-right National Democratic Party has deputies in two of Germany’s 16 regional assemblies but no representation at the federal level.

Hungarian Prime Minister Viktor Orban’s speech at the start of the congress’s meeting on Sunday was criticized by the Jewish organization for failing to specifically mention the threat posed by Jobbik.

On Tuesday, however, Lauder said he was told about a recent interview Orban gave to an Israeli newspaper in which the prime minister called Jobbik “an increasing danger” to Hungarian democracy.

“This was a strong statement about Jobbik,” Lauder said, apologizing for not knowing sooner about the interview published last week. “I would like that to be put in the record that the prime minister really did take a stand against Jobbik, and I appreciate that.”

For its part, Jobbik said the congress’s meeting in Budapest “grossly meddled with Hungary’s domestic politics” and said the Hungarian government had “groveled subserviently” without being able to please the Jewish organization.

“They came here and unperturbedly offended, directed and humiliated our country,” said Jobbik lawmaker and spokesman Adam Mirkoczki, rejecting suggestions from some members of the Jewish organization that his party should be banned. “Hungary has had enough of the serial foreign provocations.”