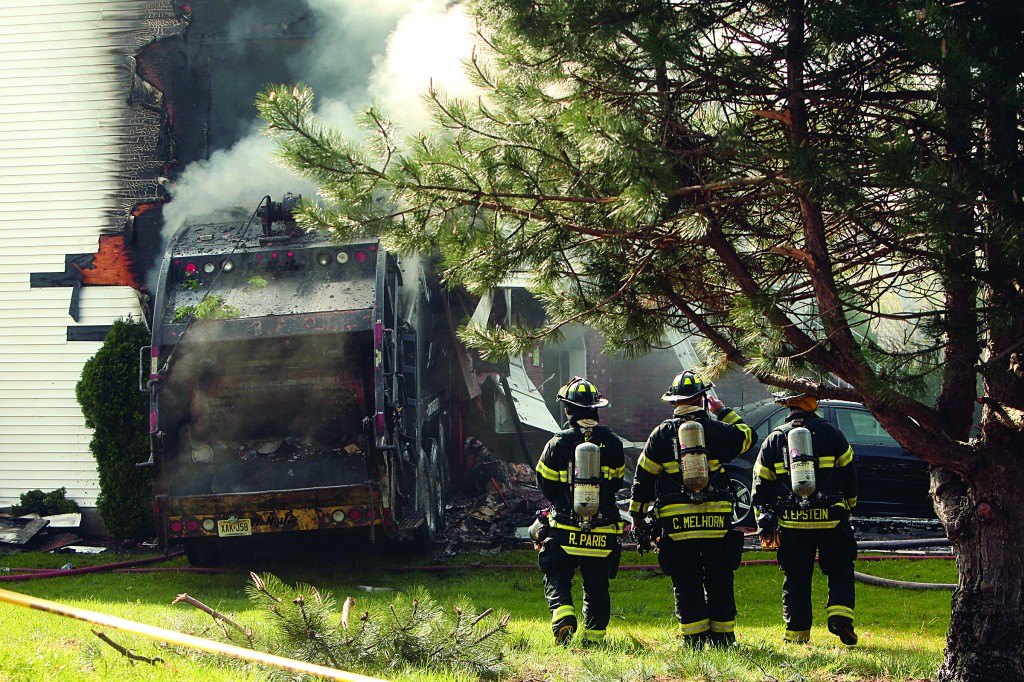 Authorities say a garbage truck making pickups in a northern New Jersey neighborhood crashed into a house with a woman and her three children inside.

East Hanover Police Lt. James Snow says a fire broke out Tuesday after the truck smashed through the side of the home. The woman and her children escaped uninjured, but the driver was treated at a hospital for a gash across his head.

The cause of the crash is under investigation, and no charges have been filed.