Regional Clinton: Too Much Focus On Hillary’s Future
Regional 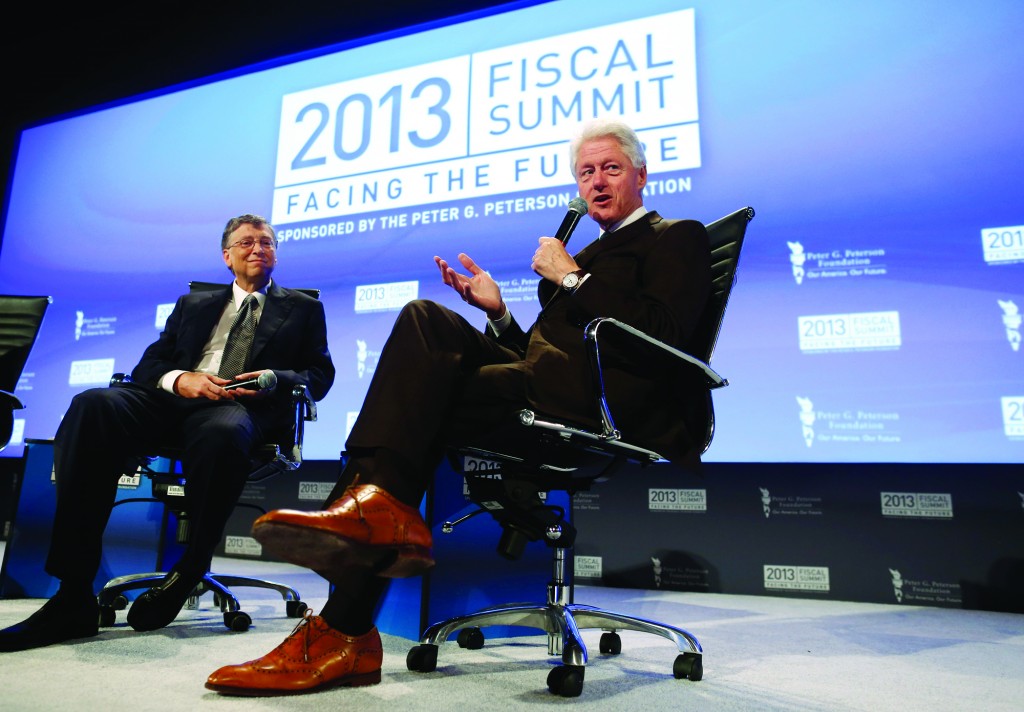 Former President Bill Clinton says endless speculation about his wife’s political future is a waste of time right now and the nation should be more focused on the “grimy details” of fixing its problems.

“That is the worst expenditure of our time,” Clinton said Tuesday at the 2013 Fiscal Summit, where he appeared with Microsoft co-founder Bill Gates, the head of the Bill and Melinda Gates Foundation.

Gates joked that he didn’t think his wife, a highly-regarded philanthropist, would run for president. The former president then chimed in, to laughter, “Hillary hasn’t mentioned it to me, either.”

Clinton said the former secretary of state and New York senator was taking a role at the Clinton Foundation, writing a book and “having a little fun being a private citizen for the first time in 20 years.”

Clinton said the focus on presidential politics, “obscures our capacity” to tackle the nation’s big problems and “plays to our national tendency to attention deficit disorder when it comes to politics.”