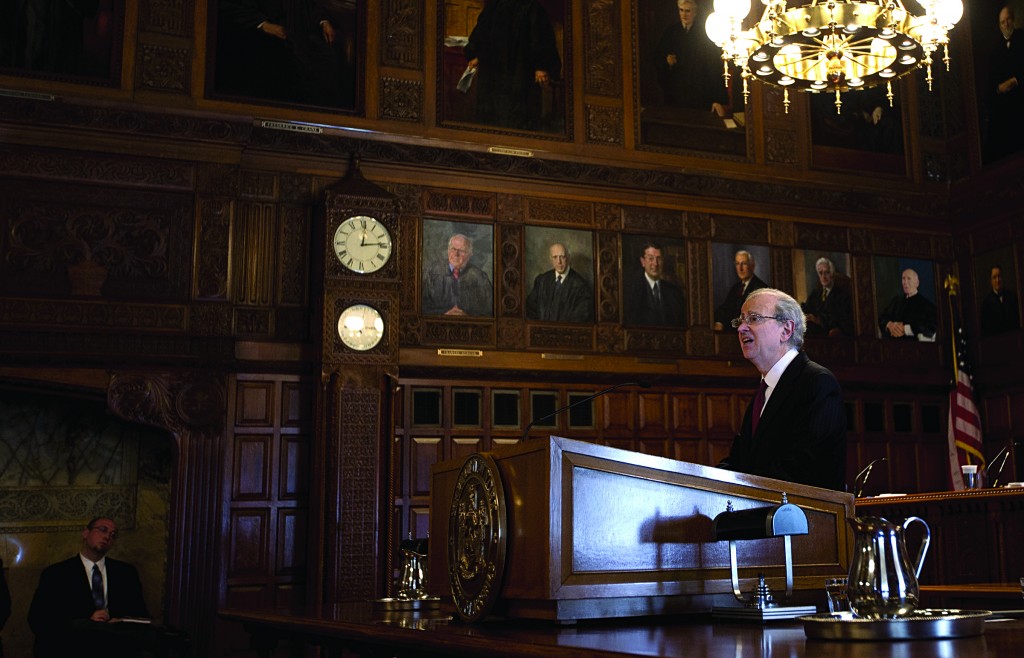 Upstate New York counties can now tap $12 million to provide lawyers for poor defendants at arraignment, a hole in the justice system some jurisdictions have started to fill, the state’s top judge said Wednesday.

Chief Judge Jonathan Lippman said New York courts have made progress since he raised the arraignment issue two years ago. Mostly a rural phenomenon, it was reportedly routine in some town and village courts for indigent defendants to go without counsel at that crucial first step in a criminal case — a proceeding where defendants can be sent home or to jail.

Since Lippman brought up the issue, seven counties have established programs that have represented more than 5,000 poor defendants at arraignment.

“The goal I stated at that time was to make representation at arraignment the norm in New York as it is in many parts of the country,” Lippman said. “While that may have seemed unrealistic or a dream at the time, today that dream is fast becoming the reality in New York — across our entire state.”

The $12 million in state grants is available for suburban and rural communities in up to 25 counties. In his Law Day address Wednesday, Lippman noted the 50-year-old constitutional promise of the U.S. Supreme Court’s landmark Gideon v. Wainwright ruling, concluding a competent defense lawyer is required for a fair trial.

“We cannot and will not allow Gideon — arguably the greatest achievement in the history of our nation’s criminal justice system — to become an empty promise,” he said.

Under legislation enacted in 2009, calling for caseload limits for defense counsel, the state judiciary has adopted new court rules to establish standards for indigent defense.