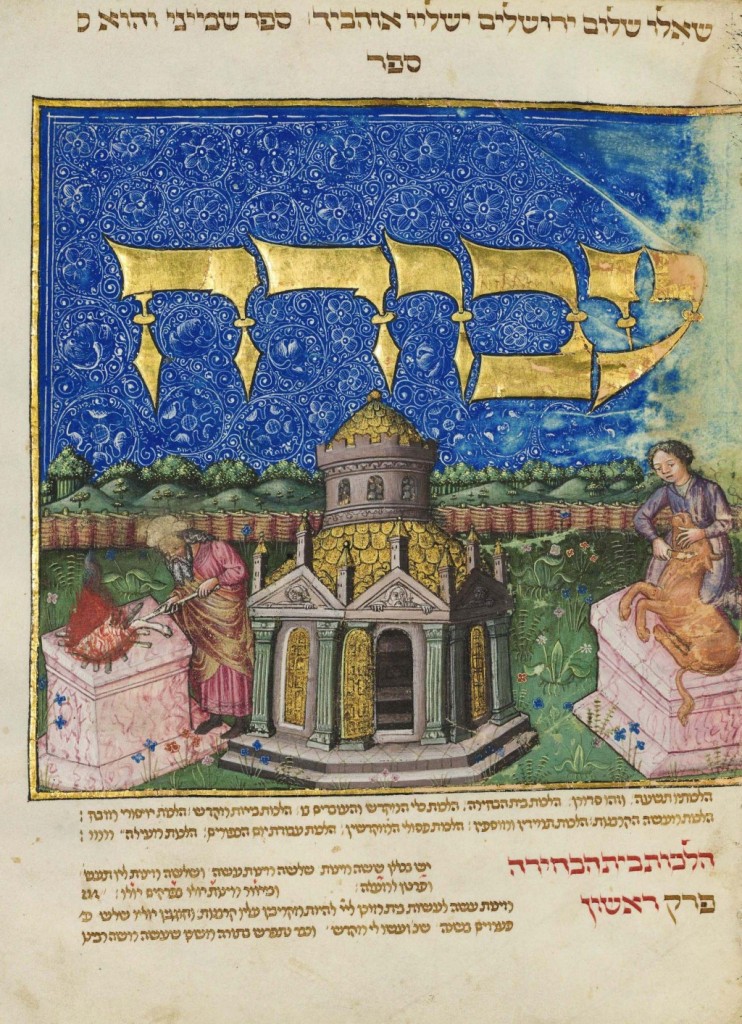 The Metropolitan Museum of Art in New York and the Israel Museum in Yerushalayim have jointly acquired a 15th-century illuminated Mishnah Torah from the Rambam, they announced Monday.

The rare Mishnah Torah manuscript is the second of a two-volume manuscript featuring six large illustrations plus 32 smaller images and marginal decorations. The first volume is housed in the Vatican.

The two institutions said they would share the Mishneh Torah on a rotating basis.

The manuscript was created in 1457 in the style of Northern Italian Renaissance miniature painting. It was restored at the conservation lab of the Israel Museum, where it has been on loan since 2007 and on public view since 2010.

The manuscript was the highlight of an auction Monday at Sotheby’s from the collection of investor and philanthropist Michael Steinhardt and his wife, Judy Steinhardt. The announcement of the joint purchase was made shortly before the auction started.

The Mishneh Torah had been estimated to bring $4.5 million to $6 million at the auction.

Sotheby’s declined to say how much the two museums paid beyond that it was more than the $2.9 million paid for a Hebrew Tanach in 1989 at Sotheby’s London, which set an auction record for Judaica.