General IBM Pulls the Stock Market Out of a Morning Slump 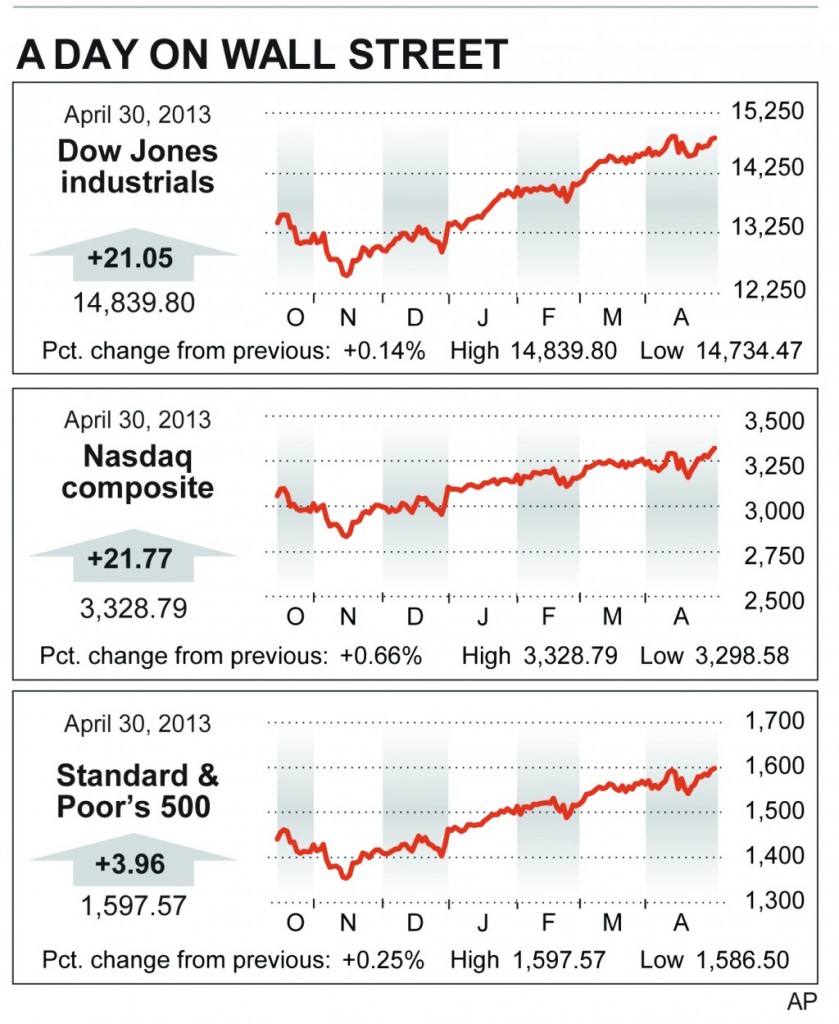 News that IBM will buy back more stock and raise its dividend helped pull major stock indexes out of a morning slump Tuesday.

IBM and other technology stocks led the Standard & Poor’s 500 index up. The broad-market measure ended April with a 1.8 percent gain, the sixth month in a row the index has climbed higher.

Worries about slower economic growth have rattled the stock market this month, but it has consistently bounced back. Brad Sorensen, director of market research at the brokerage Charles Schwab, said that’s a result of investors having few alternatives.

“Right now, it seems like every pullback in the market is seen as a buying opportunity,” Sorensen said. “People may say they’re getting nervous, but where else are you going to put money at this point? Into Europe, with their political issues? Into Treasurys paying less than 1.7 percent?”

A report of another record high in European unemployment helped drive money into U.S. government debt, briefly sending the yield on the benchmark 10-year Treasury note to its lowest level of the year, 1.65 percent.

IBM said it will increase its quarterly dividend by a dime, to 95 cents, and buy back up to $5 billion more of its own stock. Earlier this month, the company surprised investors when it reported a drop in quarterly earnings and sales. IBM’s stock rose $3.39 to $202.54.

The S&P has now climbed for six months in a row. That’s the longest stretch of gains since a seven-month run that started in March 2009, when the market hit a financial crisis low, and ended in October 2009.

This earnings season delivered investors a mixed bag. More than half of the companies in the S&P 500 have turned in results, and seven of 10 have beaten analysts’ estimates for earnings, according to S&P Capital IQ. Nearly as many, however, have come up short on revenue: Six of 10 have missed analysts’ revenue targets. That suggests companies are getting more of their profits from laying off staff and other cost-cutting instead of from higher sales.

The Dow and the S&P 500 ended the month with gains of 1.8 percent. It wasn’t exactly a smooth ride. The two indexes reached record highs in the second week of April, then took a steep fall in the next. News that China, the world’s second-largest economy, slowed unexpectedly pummeled the prices of oil, copper and other commodities. The stock market had its worst day of the year on April 15, when the S&P 500 lost 2.3 percent.

The yield on the 10-year Treasury note traded at 1.67 percent late Tuesday, the same as the day before. In response to slower economic growth, bond traders from around the world have been buying Treasurys this month, driving yields down. The 10-year yield started April around 1.85 percent.