Israel Can a Stone Kill?
Israel 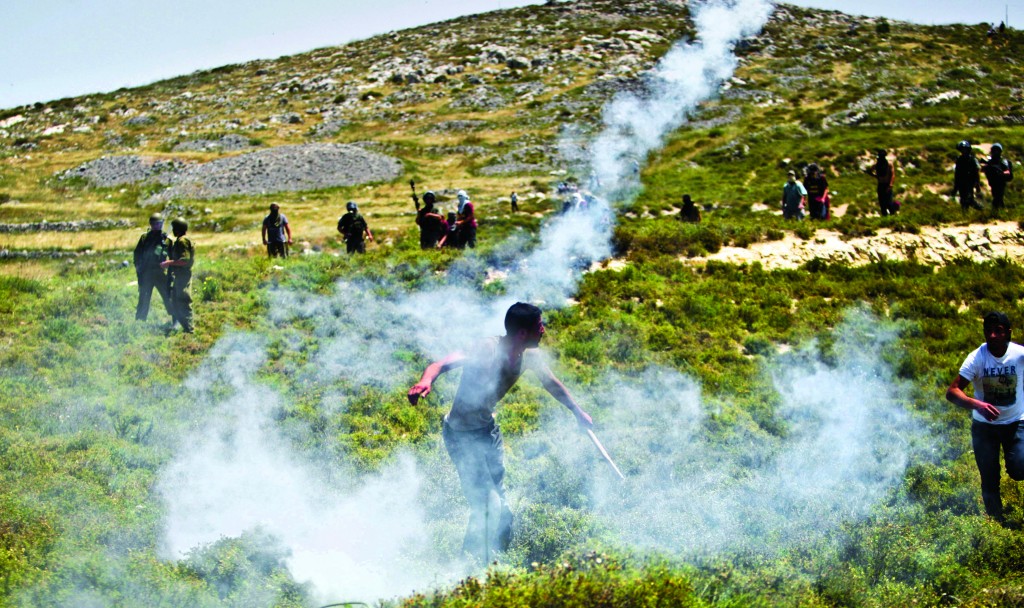 Father of 5 Murdered in Shomron Stabbing

The murder of a Jew by a Palestinian terrorist at the Tapuach junction in Shomron on Tuesday morning has sparked outrage among Jewish residents in the region.

Evyatar Borovsky, Hy”d, was standing at a hitchhiking spot at the junction when a Palestinian came up from behind and stabbed him in the chest, Yehudah and Shomron Division Capt. Barak Raz told The Jerusalem Post on Tuesday.

Moments after the attack, Borovsky’s assailant shot at Border Patrol officers with a gun apparently stolen from the victim. They returned fire and wounded him, and then took him into custody, the Border Police said.

He was identified as Salem Za’al from near Tulkarm, who had been released from Israeli prison only three months ago after three years of incarceration for throwing rocks at Israeli vehicles. He apparently acted alone, not in concert with any terrorist organization.

Za’al had told his family just before going out to perpetrate the stabbing that he was intent on avenging the imprisonment of his brother by Palestinian security services on charges of collaborating with Israel.

Eviatar Borovsky, 31, originally from Kfar Hasidim, came from a well-known family in Yerushalayim. His grandfather had been the chief gabbai in the Beit Knesset Sha’ar Hashamayim in the Katamon neighborhood.

He had been living in Yitzhar with his wife and five children for five years, said Avraham Benyamin, a spokesman for Yitzhar. He said that Borovsky served on Yitzhar’s security team.

At the levayah, his widow, Tzofia, cried, “He left five orphans.”

His father, Reb Baruch Borovsky, said in a hesped, “Rise up, ascend to the Heavenly Chair and ask G-d to be the last. Tell him there can be no more of this. Enough.”

His mother, Mrs. Chaya Borovsky, said, “They murdered your smile. I am still waiting for you to come with your entire family to our house. Who will play with your kids now?”

Avraham Benyamin, said “the writing was on the wall, written in blood. This murder was a direct [result] of the government’s leniency towards rock-throwing terrorism and the continued increase in terror attacks against Jews across Yehudah and Shomron.”

He added that the community demands a “painful and serious response to erase the shame of this incident and in order to show the residents that their lives are not worthless.”

Raz said army medical teams attempted to save Borovsky’s life on the scene, but were unsuccessful.

Raz noted that it had been almost a year since an Israeli was killed through terrorism in Yehudah and Shomron, despite some violent incidents including a rock attack on an Israeli vehicle which critically injured three-year-old Adele Biton, who is still fighting for her life in hospital.

Residents in the region answered the call of the Yesha Council for mass demonstrations and prayer vigils throughout the region on Tuesday to protest the lack of protection from state security forces.

“We will call on the Defense Minister to crack down against roadside terrorism. Yesha towns will protest at town entrances and main junctions. All towns are requested to conduct memorial services with Psalms and prayers while bearing flags and signs. We will declare, ‘End Terror Now!’” the Council said in a statement.

“This despicable murder was the direct result of inadequate action on rock-throwing terrorism, of opening the checkpoints, and of treating daily terrorist attacks as ‘disturbances,’” Mesika said.

A few hours after the murder, Jewish residents reportedly attacked a bus carrying Palestinian schoolgirls with stones, and its windshield was shattered. The driver was injured and evacuated to a hospital, according to Ynet, which said that security forces were sent in to prevent further disturbances. Ten protesters were arrested.