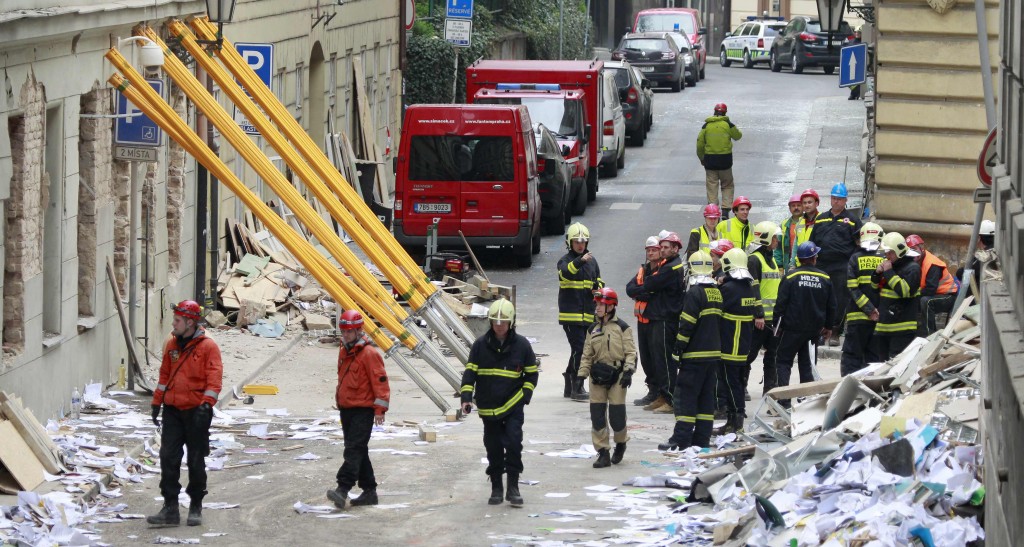 A powerful blast believed to be a gas explosion ripped open an office building in the center of Prague on Monday, injuring at least 35 people and sending shockwaves through the Old Town tourist district.

The blast shattered windows in the scenic area, sending glass flying. Authorities closed a wide area around the site and some tourists were stranded on street corners, unable to get into their hotels.

Authorities said two or three people were still believed missing. Dogs searching the rubble had not indicated that anyone was buried; the prime minister said it appeared no one had died.

An AP cameraman filming at the time said the impact could be felt on the 15th-century Charles Bridge over the Vltava River, which was packed with tourists.

The explosion occurred on Divadelni Street at about 10 a.m., in one of a row of several-story tall brick buildings. The street was covered with rubble and police evacuated people from nearby buildings.

Prague is a major tourist capital, visited every year by legions from around the world. In 2012, a total of 5.4 million people visited, with a large majority from outside the country — many from Germany, Russia and the United States.