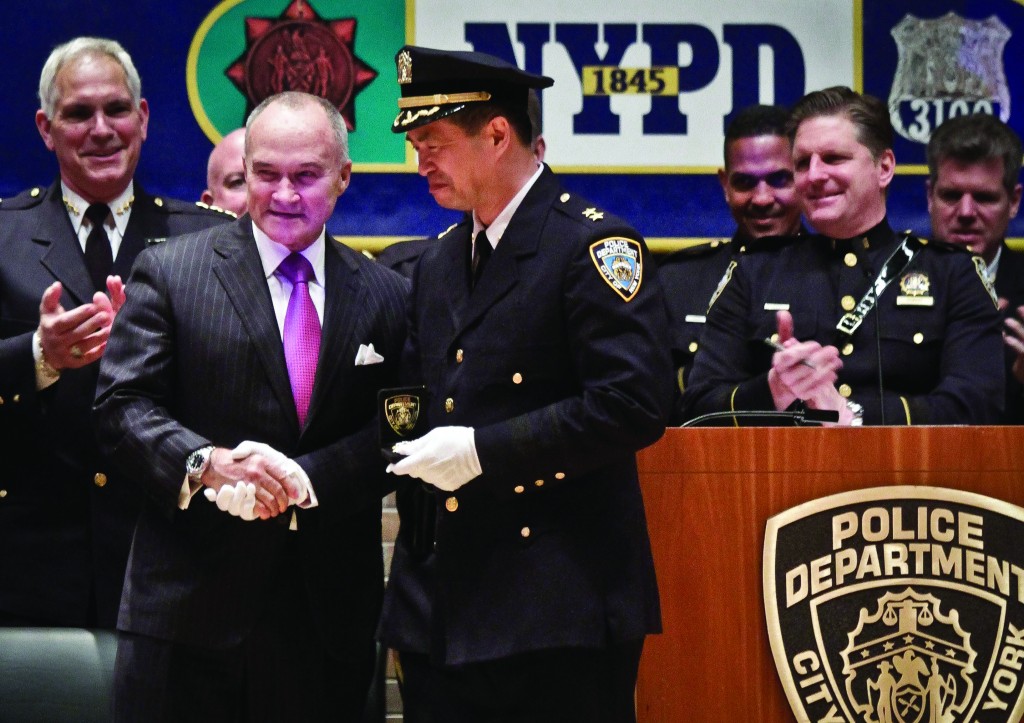 Thomas Chan, the commanding officer of the New York Police Department for Brooklyn South, was promoted on Friday as the new chief of the Community Affairs Bureau in a star-studded ceremony attended by Police Commissioner Ray Kelly.

Chan, a 31-year NYPD-veteran, takes over from current Chief of Department Philip Banks III to become the first Asian to reach such a high rank in the department’s history, DNAinfo reported.

“My role in the police department will be to develop and foster the partnership between us and our communities and the public,” Chan, 55, said. “We have an opportunity in Community Affairs to educate, to [do] outreach, and [we] also have programs to develop with the community.”

“Over the course of his 31 years in the police department, Chief Chan has proven his ability to forge effective partnerships with the diverse communities of New York,” Kelly said.

Yanky Meyer, founder and president of Misaskim, a disaster aid group, said that community organizations had gotten along very well with Chan.

“It’s a well-deserved promotion for him,” Mr. Meyer, who was in Eretz Yisrael for Lag BaOmer, told Hamodia on Sunday.

Chan took over his desk in 2011 from Chief Joseph Fox, who now runs the NYPD’s transit security. Chan will be replaced by his former assistant chief, Owen Monaghan.

Chan, a Lower East Side native, said the strength of the city is determined by the partnership between cops and the community.

“As our community works with the police officers,” he said, “we can hopefully prevent instances like Boston, when officers and the public talk to us and we share information.”