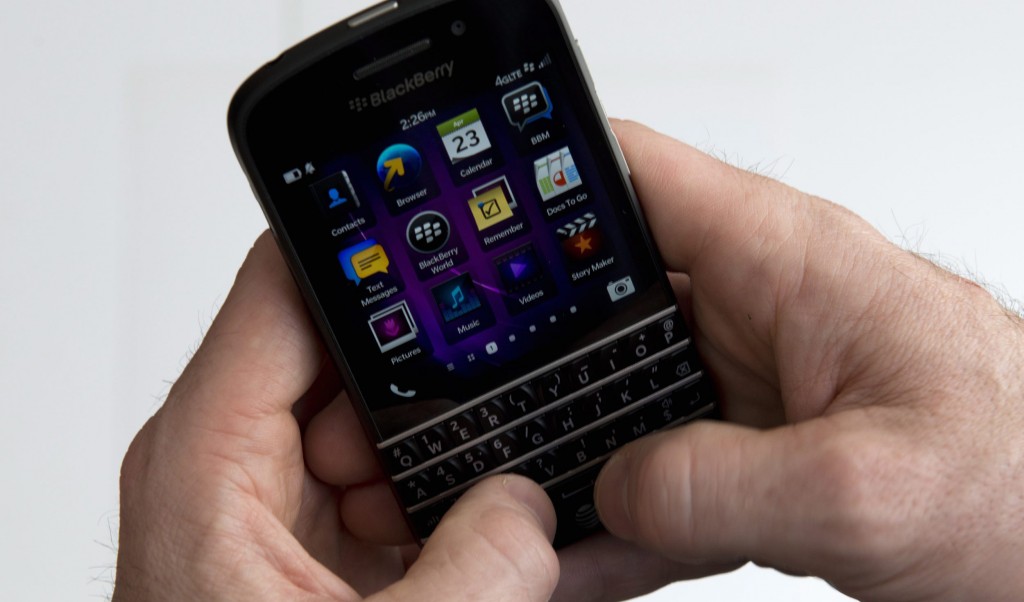 The BlackBerry has finally caught up to the world of touchscreen smartphones. It took time – six years, from the launch of the first iPhone – and it may be too late to save the company that makes it. But the BlackBerry deserves to be taken seriously again.

Why? Because the new BlackBerry Q10 from Research In Motion Ltd. is a successful marriage of the modern touchscreen smartphone and the iconic BlackBerry keyboard.

Though it can be hard to remember, the keyboard used to be a standard feature on smartphones, before the iPhone wiped our minds with its vision of touchscreen Utopia.

Since then, keyboards have been disappearing from smartphones. Physical keyboards just didn’t fit into the design mold set by the iPhone. Palm Inc. created a credible, innovative smartphone with a physical keyboard, but it was a slide-out version, which made the keyboard seem like a burden and an afterthought. There have also been Android phones with physical keyboards, but they haven’t been very good, and they’ve mostly disappeared.

Meanwhile, RIM has continued to make well-designed phones with physical keyboards. But until now, it hasn’t gotten the software running them quite right. Even with physical keyboards, modern phones need touchscreens to control films, games and other tasks beyond the BlackBerry’s roots in messaging. RIM has experimented with touchscreens, but has been partly hamstrung by the pre-touch foundations of its operating system.

After numerous delays, RIM finally came out with a modern operating system this year, the BlackBerry 10. The company considers it crucial to its future, as the BlackBerry seeks to recapture relevance lost to the iPhone and Android devices.

RIM’s first phone with the new software, the BlackBerry Z10, is a touch-only device. With the Q10, we really get to see how it works with a keyboard.

On BlackBerrys, the keyboard has always been about more than filling in text fields, and the new operating system takes that further and enables you to launch apps with the keyboard by typing the name of the app or service you want to access.

I haven’t used a keyboard-equipped phone in years, but the Q10 makes it very tempting. There’s no getting around it: It’s a faster, more accurate way to type, even compared with innovations such as Swype, which lets you “type” by swiping your finger from letter to letter.

The keyboard eats up space that could be devoted to a bigger screen, of course. But RIM has saved some space by eliminating the big buttons that resided between the screen and the keyboard on older BlackBerrys. This results in a larger, square screen. It’s very sharp and colorful, too. To some extent, the 3.1-inch screen compensates for its small size with a high resolution, which allows it to present a lot of information, as long as you’re willing to hold it close and read small type.

U.S. phone companies haven’t yet said when they’ll sell the Q10, but expect it by the end of May for about $250 with a two-year contract. It’s coming to RIM’s home country of Canada on May 1.

The BlackBerry 10 software made its debut a few months ago on the touch-only Z10. The new operating system is a welcome change, not just for BlackBerry users. It’s very quick to get around the phone, and it seldom leaves me baffled the way many incarnations of Android do. It’s laser-focused on giving you access to email, texts and other means of communication, as opposed to music, films and games.

One of the coolest features is the “peek.” From any application, you can swipe your thumb up from the bottom of the screen, then right, to slide the application slightly off the screen. That reveals the messaging “Hub,” which gathers your communications. At a glance, you can see which accounts have new messages. If you want, you can slide the app farther to the right, getting you into the Hub to read and write. Swipe left, and you’re back to where you were.

The interface takes time to get used to, and it doesn’t have the simple immediacy of the iPhone. But once you learn it, you can positively zip between tasks.

When I reviewed the Z10 model in January, I found I couldn’t point to anything about it that would make me say, “Forget those other phones; you have to buy this one.” I can for the Q10. If you value a keyboard, this is the one to get.