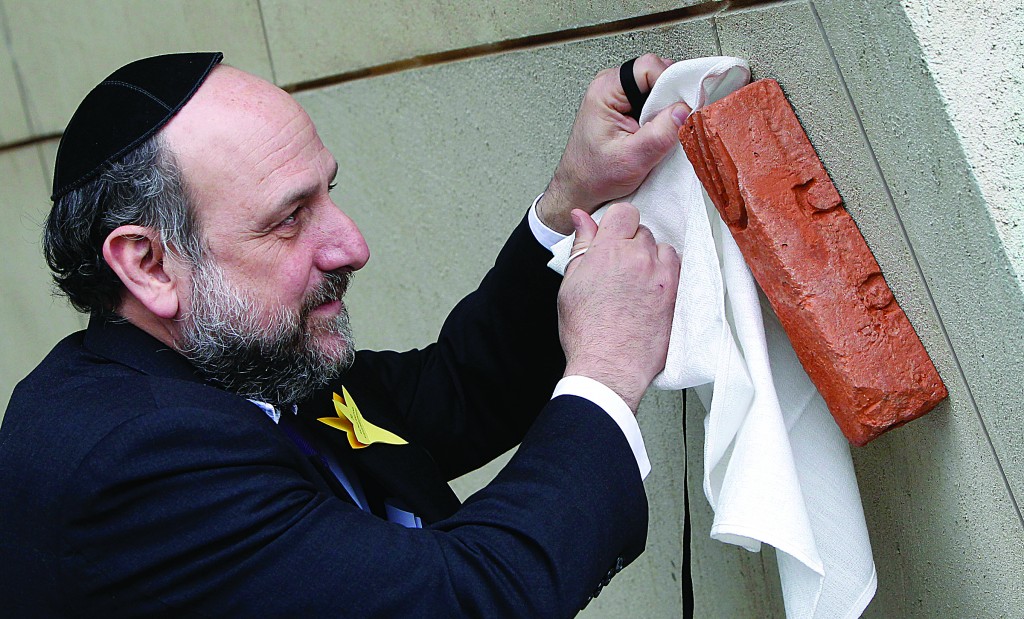 Israel’s ambassador to Poland opened a 3-D show of Warsaw Ghetto photographs on Wednesday as part of observances marking the 70th anniversary of the Ghetto’s revolt against Nazi Germans.

The 48 pictures shown at Warsaw’s Fotoplastikon are images of people walking or begging in the streets, street vendors, German troops and the Jewish cemetery.

Most of them were taken between 1940, when the Ghetto was set up, and 1945, when almost nothing remained of Warsaw’s Jewish district. Some of the images are very poignant, like one of a boy searching for lice in his clothes.

Ambassador Zvi Rav-Ner said the photos are proof of the immense suffering of the Jews in the Ghetto and a warning against nationalist violence.

“It is very important that these pictures show how it really was, how they all suffered,” Rav-Ner said in Polish. “And then there was this great heroism. This was the first uprising against the Nazis in occupied Europe.”

The two-dimensional photos were supplied by the family of Polish resistance photographer Stefan Baginski and turned into stereoscopic images that, when viewed through binoculars, offer a 3-D effect. Some of the photos were taken by German soldiers and some by a Polish photographer, Mieczyslaw Bil-Bilazewski, who apparently worked for both the Nazi occupiers and the Polish resistance.

The show was organized by the Warsaw Rising Museum as part of observances marking the Ghetto revolt anniversary. The 1944 Warsaw uprising was a separate city-wide revolt.

“They are both the heritage of Warsaw, and this is what we want to say through this picture show,” Oldakowski said.

Earlier Wednesday, Poland’s parliament adopted a resolution honoring those who suffered and died in the Ghetto. It “pays homage to the victims and heroes of the uprising whose courage and sacrifice have earned admiration, respect and the memory of generations that came after them.”

State observances will be led by President Bronislaw Komorowski on Friday.