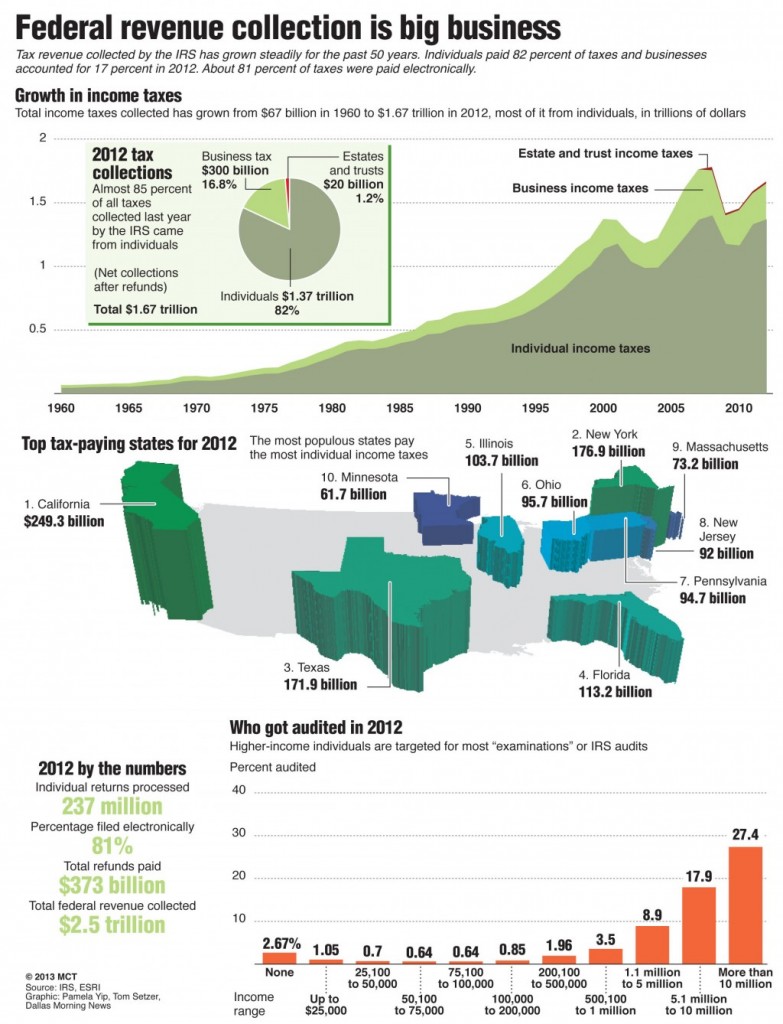 U.S. corporations received $181 billion in income tax breaks in 2011 — as much as they paid in taxes, according to a report released today by the Government Accountability Office in Washington.

The majority of the forgone revenue stems from two breaks alone — accelerated depreciation for capital investment and the ability to defer U.S. taxes on profits earned overseas.

Measured in constant dollars, the $181 billion was the largest total for corporate tax breaks in any year since at least 1986, when Congress last rewrote the U.S. tax code. A provision letting companies write off 100 percent of capital expenses took effect in 2011, contributing to an increase in the amount of tax breaks from the 2010 total of $116 billion.

Corporate income tax collections peaked in nominal terms in 2007 at $370 billion. They dropped during the recession as companies’ profits shrank and Congress created tax incentives to encourage investment. They reached a bottom of $138 billion in 2009, according to the Office of Management and Budget.

The United States will exceed the 2007 corporate income tax revenue level in 2015, according to Congressional Budget Office projections.

Reducing the rate and addressing all of the issues in the corporate tax system will involve more than just examining the list of tax breaks, said Daniel Shaviro, a tax law professor at New York University.

The “games” played by multinational companies and the tax code’s bias for debt financing over equity don’t show up in a list of legislated tax breaks, he said.

The GAO report, requested by Democratic Reps. John Lewis of Georgia and Lloyd Doggett of Texas, was released on the day that individual taxpayers must file their 2012 returns or seek extensions.