General Stocks Rise for Fourth Day in a Row, Led by Retail 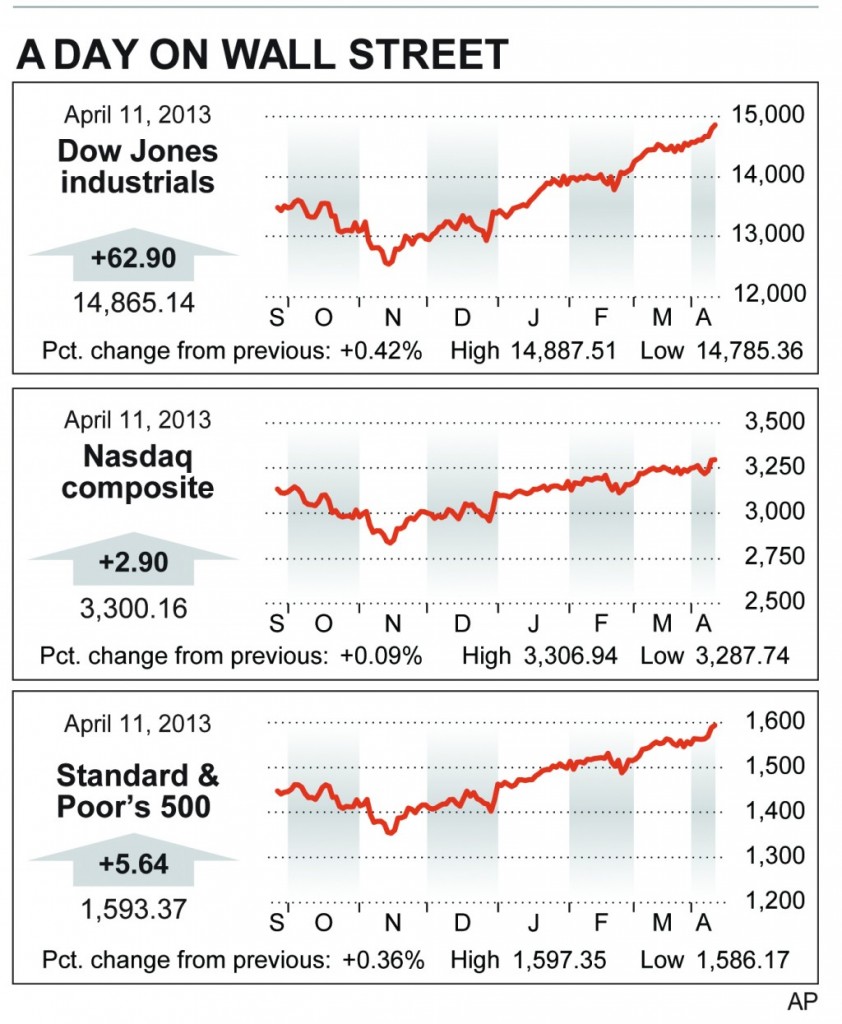 The discount chain Ross Stores jumped 6 percent, the best gain in the Standard & Poor’s 500 index. The company said stronger sales in March will likely push profits above its previous estimate this quarter. The stock jumped $3.56 to $63.80.

A surprising drop in claims for unemployment benefits last week gave investors more encouragement. Analysts said it could mean a slowdown in hiring last month may have been temporary.

“The numbers today make it seem like that March report was an anomaly,” said David Heidl, a regional investment manager at U.S. Bank’s wealth management unit. “It’s another reason for optimism.”

Makers of computer hardware and software sank following a report that first-quarter shipments of PCs dropped 14 percent worldwide over the past year. That’s the steepest fall since International Data Corp. started tracking the industry in 1994.

“The IDC report is much worse than anyone expected,” said David Brown, director of Sabrient Systems, an investment research firm. “That’s obviously shaking up the tech sector, but everything else is resuming the climb.”

The three companies in the Dow that deal in PCs held the index back. Hewlett-Packard dropped 6 percent to $20.88, Microsoft lost 4 percent to $28.93 and Intel fell 2 percent to $21.82. Without them, the Dow would have gained 25 more points.

It was a different story on Wednesday, when technology stocks surged on optimism that businesses would step up spending on computer systems. That pushed the Dow and the S&P 500 index to their third straight day of gains as well as record highs.

The stock market has soared this year, clearing record highs and recovering losses from the financial crisis and Great Recession. For the year, the Dow is up 13 percent, the S&P 500 index 12 percent.

Brown thinks the market can keep climbing. Measured against earnings, the stock market doesn’t look expensive, he said. And compared to the alternatives, like bonds or money-market funds, stocks in many big corporations offer a better source of income. The average stock in the S&P 500 pays 2.2 percent in dividends.

By comparison, the yield on the benchmark 10-year Treasury note was 1.79 percent Thursday, down slightly from 1.80 percent late Wednesday.