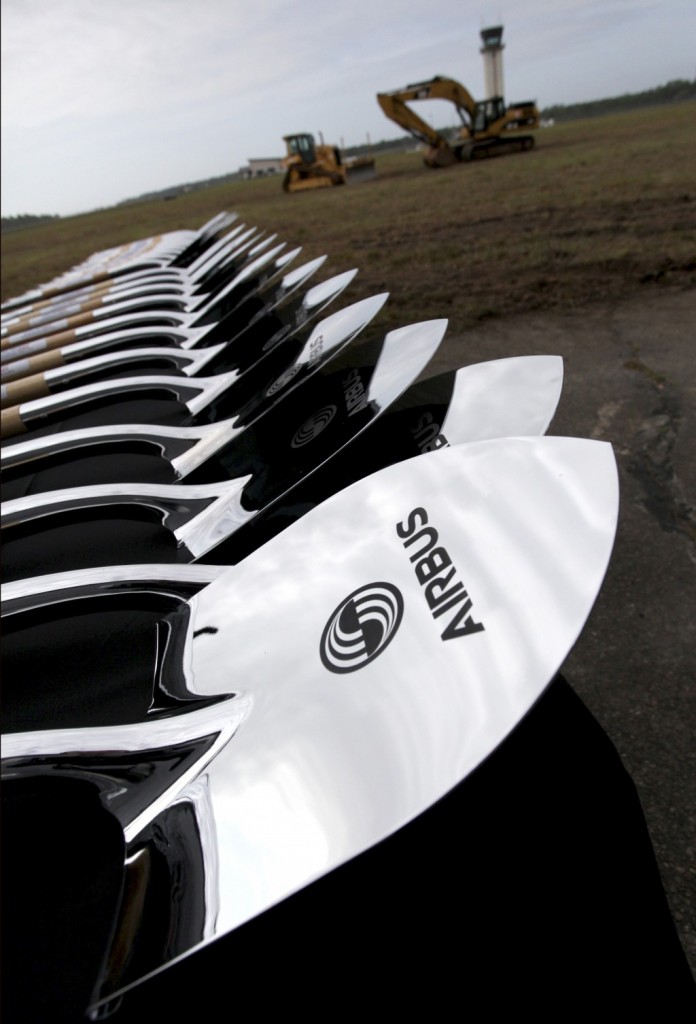 Airbus broke ground on its first U.S. airplane assembly plant Monday with a ceremony marking the start of a project that could help transform Alabama’s coast into an aerospace center.

Top company executives and state leaders were in the port city for the event, held at the Airbus site at Brookley Aeroplex. A jetliner parked behind the stage provided a backdrop for the occasion.

Mayor Sam Jones recounted how it took seven years to bring aircraft manufacturing to the Alabama coast after a series of starts and stops.

“Our future and Airbus’ future are tied together, and we’re extremely proud of that,” said Jones.

Keivan Deravi, an economist with Auburn University Montgomery, compared Airbus’ decision to locate in Alabama to the decision by Mercedes-Benz in 1993 to construct an assembly plant in Tuscaloosa County. The Mercedes decision “made Alabama a global powerhouse in the automobile industry,” and Airbus could do the same for aerospace, he said.

The ceremony came as the state’s first major Airbus supplier, Safran Engineering Services, opened its new office in Mobile. The company plans to employ about 50 people at an engineering support facility.

The Mobile factory will join Airbus assembly plants in France, Germany and China.

Airbus parent European Aeronautic Defense and Space Co. had planned to build a new Air Force refueling tanker in Alabama, but Boeing won the contract in 2011. Airbus announced last year it would construct a jetliner assembly line near downtown Mobile.

Local leaders hope the Airbus plant, being built at the 1,650-acre Brookley industrial park, will make Alabama the heart of aerospace work along the northern Gulf Coast.

“Brookley is situated right in the center of the Gulf Coast aerospace corridor, and the Airbus facility sets us up to be the nucleus of that corridor,” said Bill Sisson, executive director of the Mobile Airport Authority.

Northern Alabama already has a strong aerospace industry with NASA’s Marshall Space Flight Center in Huntsville and a Delta rocket factory operated by United Launch Alliance nearby at Decatur.