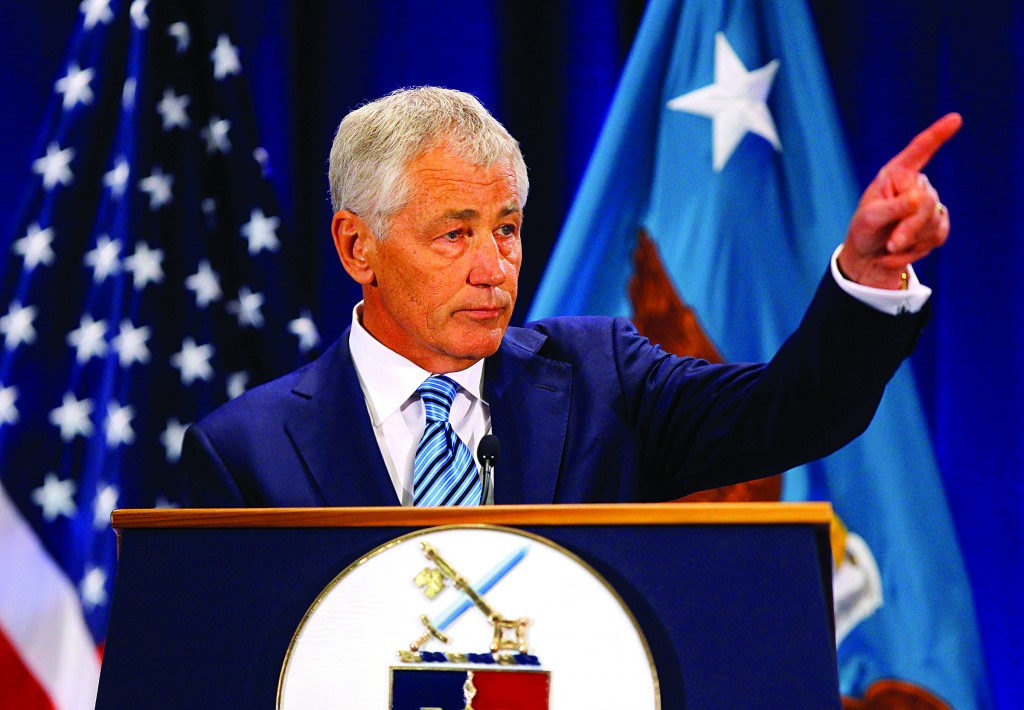 In the face of escalating threats from North Korea, the Pentagon said Wednesday it will deploy a missile defense system to Guam to strengthen the Asia-Pacific region’s protections against a possible attack.

The delivery of the missile shield system comes as Defense Secretary Chuck Hagel labeled North Korea’s recent rhetoric as a real, clear danger and threat to the U.S. and its Asia-Pacific allies. The Pentagon chief said the U.S. is doing all it can to defuse the situation.

Deployment of the Terminal High Altitude Area Defense System is the latest step the U.S. has taken to bolster forces in the region in a far-reaching show of force aimed at countering the North Korean threat.

Tensions have escalated between North and South Korea in recent weeks. The communist North has vowed to increase production of nuclear weapons materials, and threatened a pre-emptive strike against the U.S.

Hagel told an audience at the National Defense University that there is a path to peace on the troubled Korean peninsula, but it doesn’t include making threats or taking provocative actions.