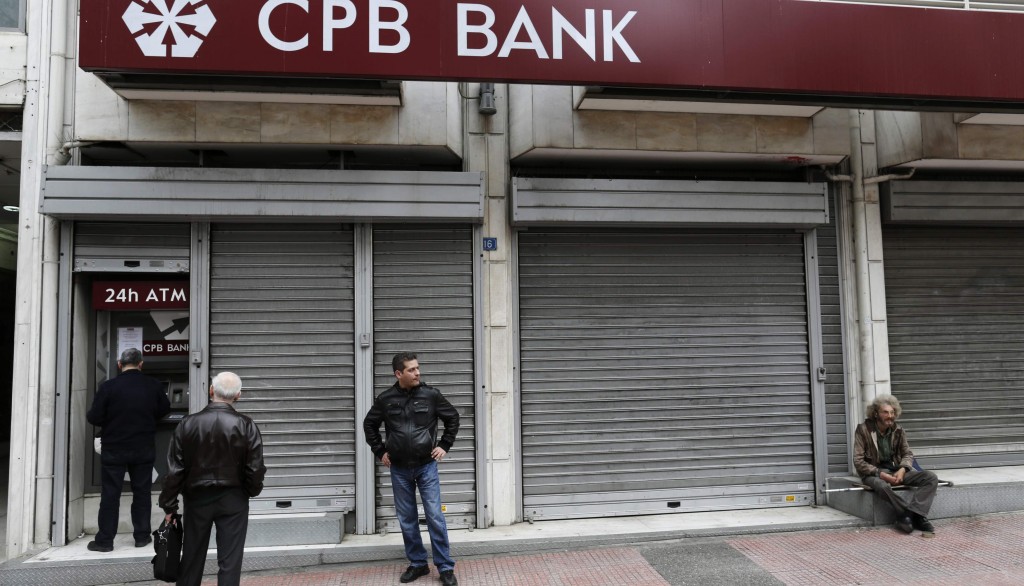 The European Union gave Cyprus until Monday to raise the billions of euros it needs to secure an international bailout or face a collapse of its financial system that could push it out of the euro currency zone.

In a sign it was at least preparing for the worst, the Cypriot government sought powers on Thursday to impose capital controls to stem a flood of funds leaving the island if there is no deal before banks reopen following this week’s shutdown.

In stark warnings earlier in the day, the European Central Bank said it would cut off liquidity to Cypriot banks. A senior EU official made clear to Reuters that the bloc was ready to see the bankrupt island banished from the euro in the belief it could contain damage to the wider European economy.

The ECB ultimatum came as the island’s leaders struggled to craft a “Plan B” to raise the 5.8-billion euro contribution demanded by the EU in return for a 10-billion euro ($13-billion) bailout from the EU and the IMF. Euro zone officials conceded during a conference call on Wednesday which Cyprus refused even to join that the situation was “in a mess.”

Zone finance ministers held more talks Thursday evening on a crisis that has not just put the Cypriot economy in jeopardy but billions of euros held on the island by foreigners, notably Russians.

The Cypriot government said party leaders had agreed to create a “solidarity fund” that would bundle state assets as the basis for an emergency bond issue.

The governor of the central bank said it would impose a plan to avoid bankruptcy at the second biggest lender, Cyprus Popular Bank, but it remained unclear how measures would work. Bank branches have been closed all week and are not due to reopen until Tuesday, though ATMs have continued to issue cash.

Several hundred protesters, many of them bank employees, rallied outside parliament after rumors Cyprus Popular Bank was to be wound up. Demonstrators chanted “Hands off the bank!” and several jostled with riot police, briefly breaking through a cordon. Cyprus has so far avoided the kind of unrest seen in neighboring Greece, the epicenter of the euro zone debt crisis and the origin of many of the losses undermining Cypriot banks.

Doubts about the fate of the small nation of just 1.1 million people has shaken confidence in the euro zone and raised geopolitical tension between the EU and Russia.

Russian Prime Minister Dmitry Medvedev said the bloc had behaved “like a bull in a china shop.”