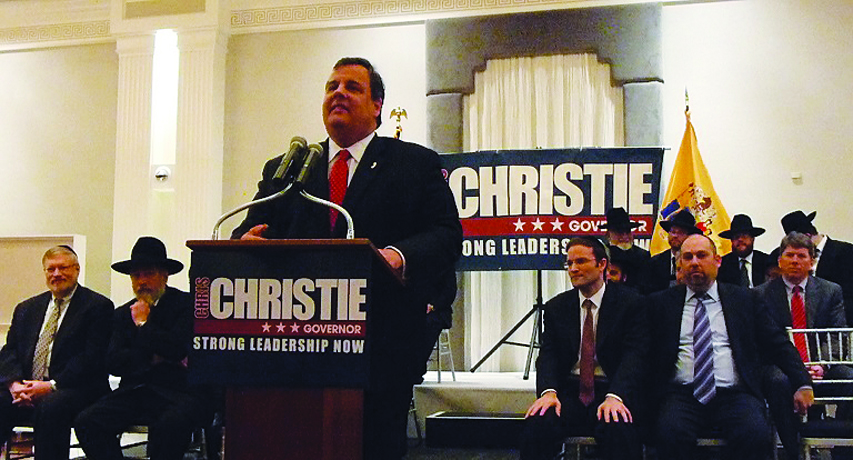 Gov. Chris Christie and the Democrat who wants to replace him will get in some campaigning Tuesday.

Buono is getting the endorsements of several Newark City council members Tuesday. She’ll then hold a “listening tour” for Newark residents with Booker.

While she’s criticizing Christie’s record in New Jersey’s largest city, Christie will be lauding his record in Lakewood. The event, which was open to the public, began at the Ateres Reva Hall on Summer Avenue at about 12:45 p.m.

Following his address, Christie, who last visited Lakewood in July, answered questions from the audience.

The Republican governor first met with a group of senior citizens in an event that was not technically a campaign event.