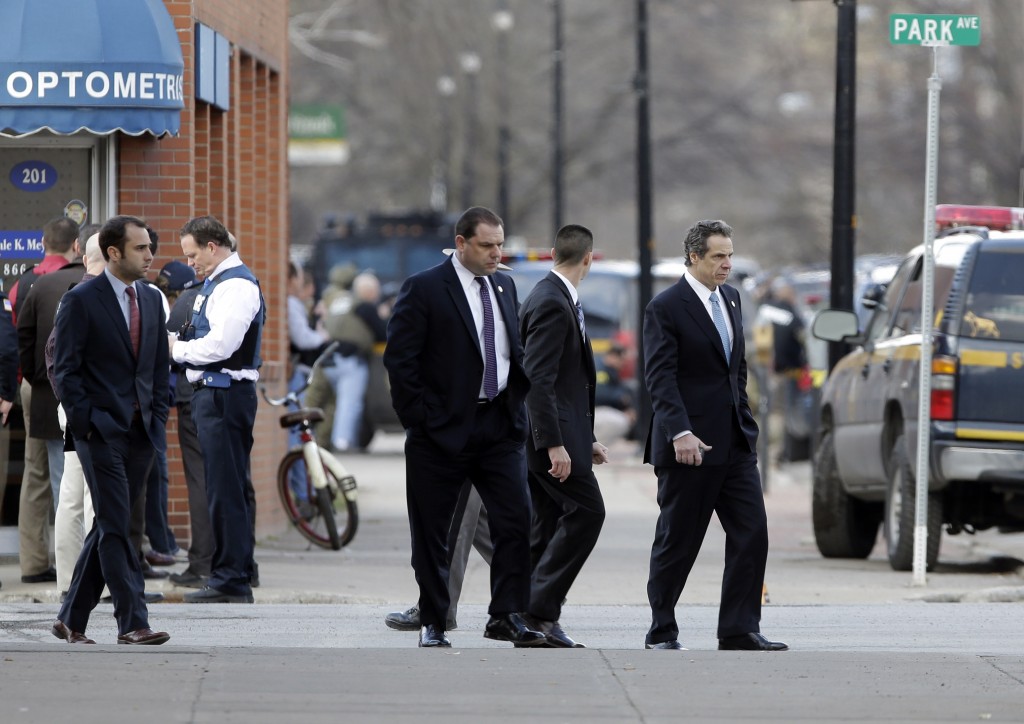 The man killed by police after a shooting rampage that left four people dead was a mystery in a small town, a stranger to his neighbors and a man of few words.

A former boss who worked with gunman Kurt Myers for 20 years described him as a quiet and nervous but intelligent and congenial man — though a recent encounter with his old employee left him unsettled.

Steve Copperwheat, who hired Myers as a machine operator in the early 1980s at Waterbury Felt, a manufacturer of industrial textiles, said he encountered him in a Wal-Mart parking lot three months ago after not seeing him in about 10 years.

“I yelled over to him and he looked at me, said my name, said he was retired, and just went booking away,” Copperwheat said. “It was almost like he didn’t want anybody to know where he was. He was trying to be very distant, which surprised me. The whole conversation was really spooky.”

Police don’t know why Myers, whose final killing was of an FBI dog, chose the locations or victims. The gunman didn’t appear to be close to his family even though they have lived in the area for generations, and police interviews with relatives and neighbors have produced little.

About the only clue is his cryptic query before he opened fire on customers in a barber shop where he used to get his hair cut: “Do you remember me?”

Myers died early Thursday in a gunfight with officers in an abandoned tavern where he had holed up 19 hours earlier after walking into the barber shop and a car-care shop and shooting six men, four fatally.

The gunman was a loner, never married. Neighbors in this poor upstate New York town say he rarely spoke. The barkeepers who served him several times a week for a decade didn’t even know his name.

Myers seemed to be quite intelligent and was fond of World War II trivia. “He was really a buff on dates,” Copperwheat said. “Once he got upset because one of the girls in the office didn’t know when Pearl Harbor was.”

The business was sold and moved several times, and Myers and other workers moved with it to several locations in central New York and eventually Dover, N.H., in 2003, Copperwheat said. There, Myers shared an apartment for a while with several other workers.

The shootings rattled Herkimer and neighboring Mohawk, two villages about 170 miles northwest of New York City. Utica, about 13 miles down the New York State Thruway, is the nearest sizeable city, with about 60,000 residents.

His sister lives with her family in Barneveld, just a short drive from Herkimer, and his brother, Lance Myers, died in federal prison in 1982 at age 31. Lance Myers had been serving a four-year sentence for an embezzlement conspiracy at Oneida National Bank, where he had been a manager.

Myers’ rampage started with a fire in his apartment in Mohawk on Wednesday morning. He then drove around the corner to John’s Barber Shop and used a shotgun to kill two customers, Harry Montgomery, 68, and Michael Ransear, 57, a retired corrections officer.

John Seymour, the shop’s owner, and another customer, Dan Haslauer, were wounded and hospitalized.

Myers then drove to Gaffey’s Fast Lube in Herkimer and used the shotgun to kill Michael Renshaw and Thomas Stefka. Renshaw was a 23-year employee of the state corrections department, and Stefka worked at Gaffey’s and played guitar at Mohawk Reform Church.

State police superintendent Joseph D’Amico called the shotgun attacks “unprovoked and random.” He did, though, appear to have tenuous connections to the barber shop.

Seymour told his sister that Myers, who used to be a customer but hadn’t visited for a couple of years, walked in and said, “Hi, John, do you remember me?”

Seymour replied, “‘Yes, Kurt, how are you?’” his sister, Mary Hornett, said. “And then he just started shooting.”

State police and FBI tactical teams entered the first floor of a building in Herkimer around 8 a.m. Thursday to end the standoff, D’Amico said. Myers opened fire at officers, killing an FBI dog that was behind a door, D’Amico said. Police returned fire, killing Myers. No officers were injured.

In a statement Thursday, Gov. Andrew Cuomo commended law enforcers for “ending this horrific spree of violence and bloodshed.

“It’s now time for mourning those who we lost in this senseless act of violence,” he said.

Elizabeth Cirelli, a neighbor of victim Stefka, said she was shocked by his slaying. He was a neighbor in Herkimer.

“He was a great guy, a really nice person,” she said. “This is horrific. We really couldn’t believe it.”