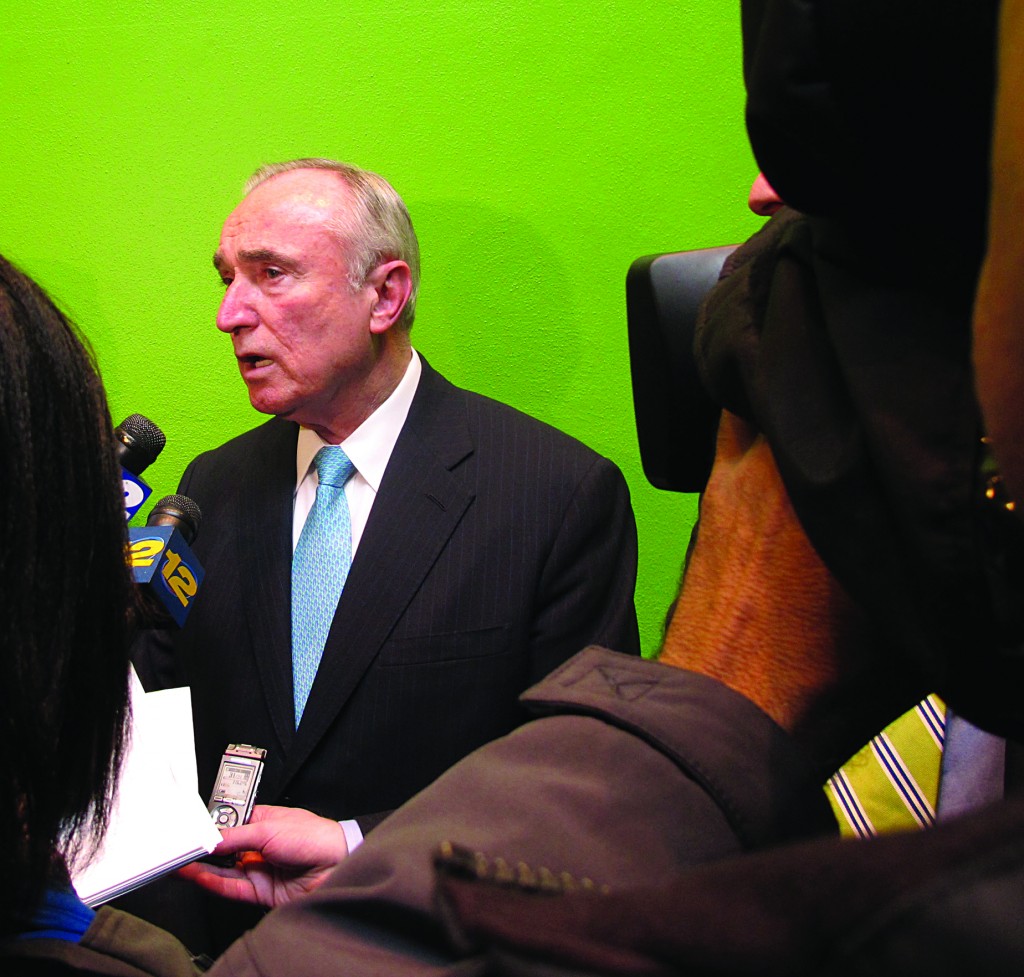 “I’d be lying if I said it would not be of interest,” Bratton said. “I think I have more to contribute, more ideas, and I like being in a position to make a difference.”

Bratton, 65, was commissioner from 1994 to 1996 under Mayor Rudy Giuliani. He spoke to reporters after delivering the keynote speech at a symposium on school safety at Purchase College in the New York suburbs.

He said those discussions were about police matters such as the size of the department and the NYPD’s stop-and-frisk program, and did not include specific offers to come back as top cop.

“I keep all my options open,” he said. “Who knows? Right now it’s a wide-open race for mayor.”

Bratton said he hasn’t spoken with Kelly about a possible return, and that Kelly “has been doing a tremendous job.”

Bratton was Boston police commissioner before leading the NYPD, and he became Los Angeles’ chief of police in 2002. In 2011, British Prime Minister David Cameron turned to Bratton for advice after a wave of violence hit cities in England.

Bratton said Wednesday that Britain is considering a measure that would allow foreigners to hold high positions in police forces, and he said he’d be interested in such a post.

But he added, “I’m still a young guy. At some point in my life I’d love to come back into public safety. … There’s nothing quite as exciting as the ability to change environments and save lives.”