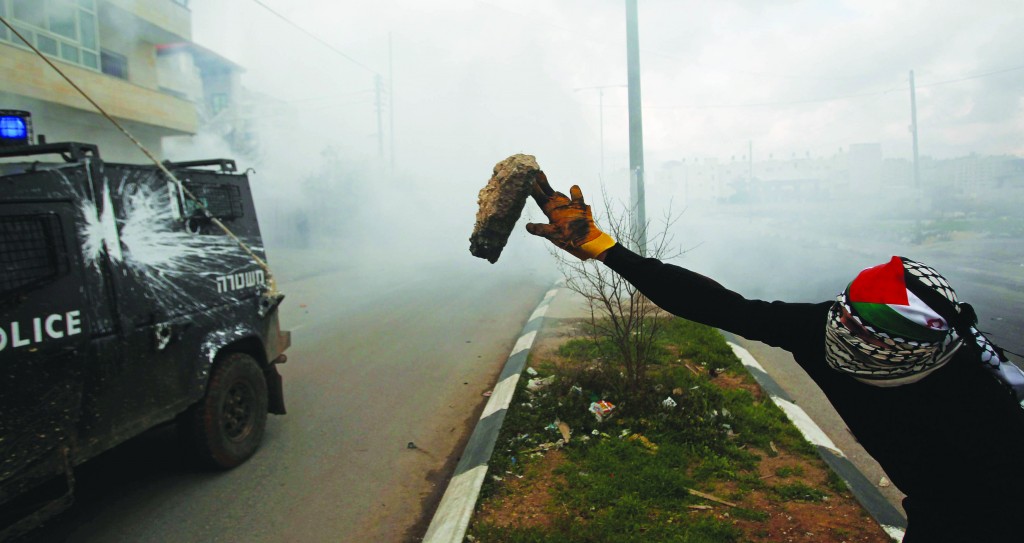 Palestinian demonstrations in Yehudah and Shomron held to support a hunger-striking prisoner turned violent on Friday,  and IDF forces moved in to quell the disturbances.

The Israeli military said about 500 Palestinians threw rocks and rolled burning tires at soldiers,  who responded with tear gas during the main rally outside Ofer prison. The protesters called for the release of Samer Issawi, who has been on an on-again, off-again hunger strike for several months as he serves time for terrorist activity.

Issawi, 35, was initially released in 2011 in the Gilad Shalit prisoner exchange.

Some prisoners, like Issawi, were released on condition of travel limits. Israeli Prison Service spokeswoman Sivan Weizman said he was arrested after he violated the terms of his release. She said he was arrested for “terror activity” and sentenced to 26 years, but released in the 2011 prisoner swap after serving only six years. Issawi is under medical supervision and eats periodically, she said.

Meanwhile, the European Union called on Israel to improve conditions for nearly 5,000 Palestinians in its jails.

EU foreign affairs chief Catherine Ashton, whose resignation was called for earlier this year by some European Jewish groups, said in a statement that she is “following with concern” the deteriorating health of four Palestinian inmates who are staging long-term hunger strikes.

“The EU calls on the government of Israel to allow for the immediate restoration of their family visiting rights and calls for the full respect of international human rights obligations towards all Palestinian detainees and prisoners,” she said.

A spokeswoman for Israel’s Prisons Service said the four prisoners were in “good condition” and receiving medical treatment as needed, but they had lost the right to family visits when they began their protests.