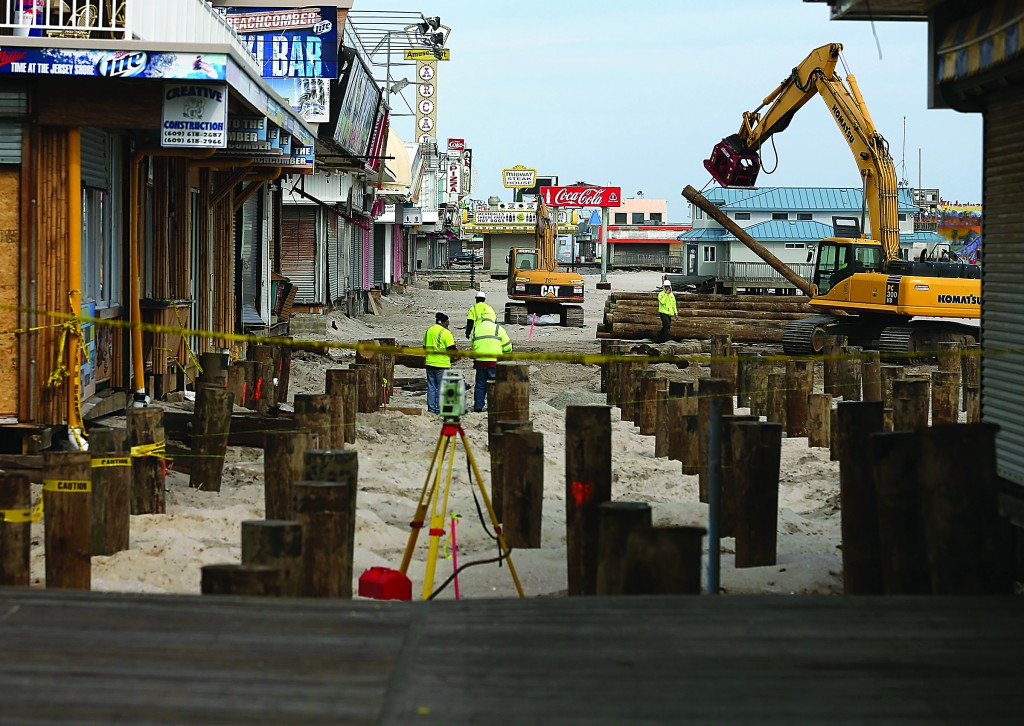 Although it’s a major north-south route along the Jersey shore through Ocean County, Route 35 can feel like a parking lot in the summer.

Get ready for some added aggravation this summer: the start of a $215 million project to rebuild the roadway, which was damaged in Superstorm Sandy, from Point Pleasant Beach to the entrance of Island Beach State Park, some 12 ½ miles to the south.

While Gov. Chris Christie and state transportation officials promise to try to limit the disruption from the project, they acknowledge there will be traffic.

“That’s 12 ½ miles of road which sometimes feels like 40 1/2 when you travel here in the summer,” Christie said Tuesday at a news conference in Lavallette announcing the project.

The project had been on the back burner for several years, but was fast-tracked after the Oct. 29 storm destroyed some stretches of the road and damaged many other parts. The entire length of highway that’s slated for rebuilding is currently open, but it is marked by potholes, cracks, ruts and small sinkholes, some of which pre-dated Sandy.

The worst damage occurred in Mantoloking, where giant chunks of the roadway were broken up and washed away by the pounding surf that cut the barrier island in two and plowed a channel from the ocean to Barnegat Bay. The day after the storm, several feet of sand covered the pathway that had been Route 35, and starfish sat on what would have been the yellow dividing line between its lanes.

State Transportation James Simpson said the original plan was to do the work gradually over six years. But Christie insisted it be finished in two.

That will inevitably mean some traffic jams. Simpson said the Department of Transportation tries to avoid doing major road projects at the shore during the summer months.

The governor said reconstruction will be performed in small sections, with alternating traffic patterns within the work zones, and Simpson promised there will always be a minimum of one lane open in each direction.

The first of three contracts will be awarded for the northernmost 3.5 miles from the border between Point Pleasant Beach and Bay Head to the border between Mantoloking and Brick. In 2014, work will shift to the divided highway section, where Route 35 is two lanes in each direction through Brick, Toms River, Lavallette, Seaside Heights and Seaside Park before becoming one lane in each direction again through Berkeley to the entrance to Island Beach State Park.

Work should begin by early summer and wrap up by summer 2015, using federal highway funds.

The project will involve rebuilding the road bed with a new stone base, installing a new drainage system connected to pumping stations along the highway, and resurfacing the roadway with asphalt pavement and stabilizing materials underneath that will be a combined two feet thick. The existing roadway and substructure is 8 inches thick.