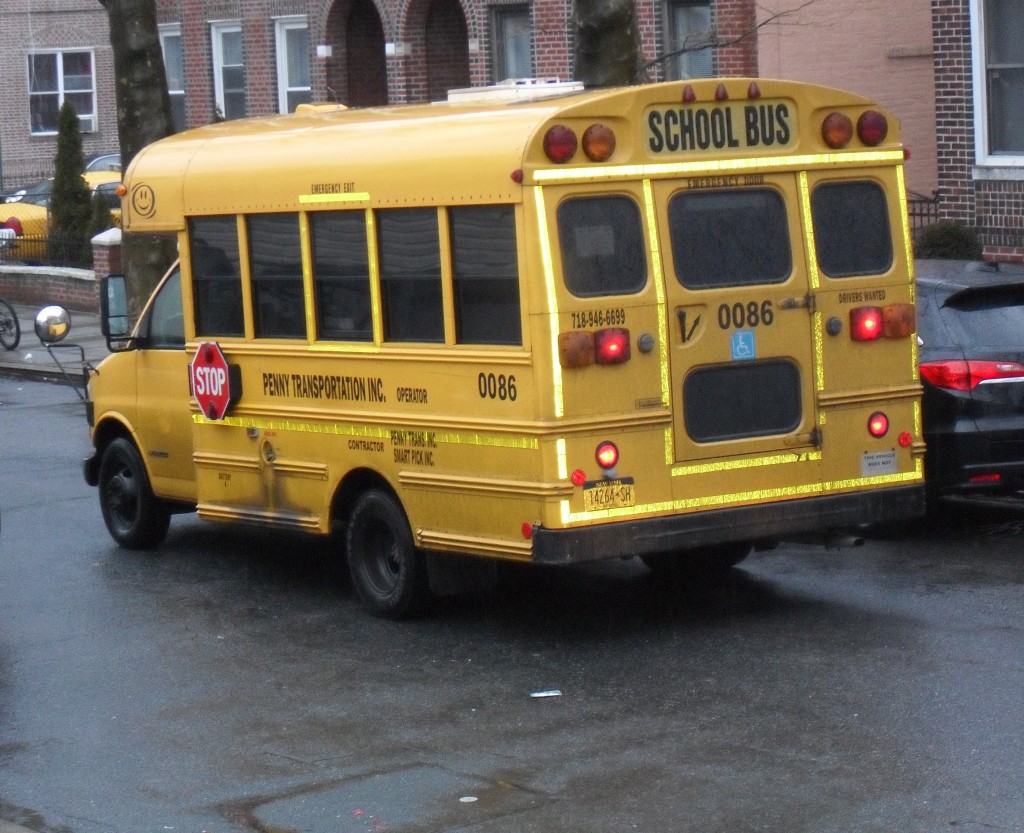 The end of the month-long strike by New York City school-bus drivers was cause for rejoicing by some parents, children and school administrations. But for most, it was simply a relief.

“Life is finally back to normal!” exclaimed Esther Alrich, mother of two young school-aged daughters, in anticipation of bus service being restored today.

Esther was one of many city parents whose daily routines were significantly affected by the strike.

“My husband had to drive my daughters to school before dropping me off at work, bringing my younger children to their babysitter, and going to kollel,” says Esther. “My daughters were always late to school, I was late to work, and my husband was late for his learning. Even the children have become sick of it all; they are very excited to get back onto their yellow buses!”

Some children used public transportation during the strike, with the free MetroCards distributed by the city. This prospect left many mothers quite nervous.

“My 10-year-old and twin 12-year-old daughters usually went home on the city bus; sometimes, they walked,” said Rifky Kagan, a Midwood mother. “I never knew when they would be walking and when they would be taking the bus, so I couldn’t know when to expect them home. I was worried every day, until the moment my daughters walked in the door.”

“We’re so happy the strike is over,” said Miriam Berg, pre-school director for Bais Yaakov of Boro Park. “It was a tremendous stress on the parents, children, and staff of the school. We thought it would go on forever.”

Though the strike caused difficulties for many children, special-needs children who require wheelchair-accessible buses, and the families of those children, were most significantly impacted.

“During the first couple of days I drove my daughter to school — which included carrying her wheelchair in and out of our minivan,” said Mrs. Schwartzman. “My husband, who usually goes straight from Shacharis to his kollel, came home after davening to help with the wheelchair.”

After the first few days, Hindy began hiring a private ambulette service, at the cost of $16 per trip, which the city has said it will reimburse. Nevertheless, her daughter came to school an hour late every day, as ambulette service is much more expensive before 9 a.m. She also had to hire extra help to feed her daughter breakfast at home.

Hindy’s reaction to the strike ending?

“It is such a relief!” she said, echoing the words of many other parents.

The strike began when the city removed a clause mandating preference for senior drivers in bidding for bus contracts. Mayor Michael Bloomberg and the city held firm throughout the strike, and the drivers finally agreed to return to work, after securing a statement by five prospective Democratic mayoral nominees that they would reconsider the matter if elected.

“All along, I have favored fair competition,” said Hikind. “If someone can do the job as efficiently, as effectively and as safely, but for less money, they should get the job. No one has a guaranteed job.

“These are tough economic times, and we have to think about the impact on parents. So all in all, I’m happy that the bus strike is over, because it was a huge burden on parents.”

City Councilman David Greenfield (D-Brooklyn), who was critical of the mayor during the strike for not taking a more active role in negotiations, reiterated his call for a voucher program that would allow parents to choose which bus company to use.

“I am very relieved that this unnecessary and avoidable strike has finally come to an end,” said Mr. Greenfield. “This was especially difficult for special-needs children, many of whom never made it to school during the strike. This was a big political victory for the mayor, but it came at a great cost to thousands of students. We need to make sure that a strike like this never happens again. That’s why I am working with the Department of Education on a voucher program that would allow parents to choose their school bus provider.”