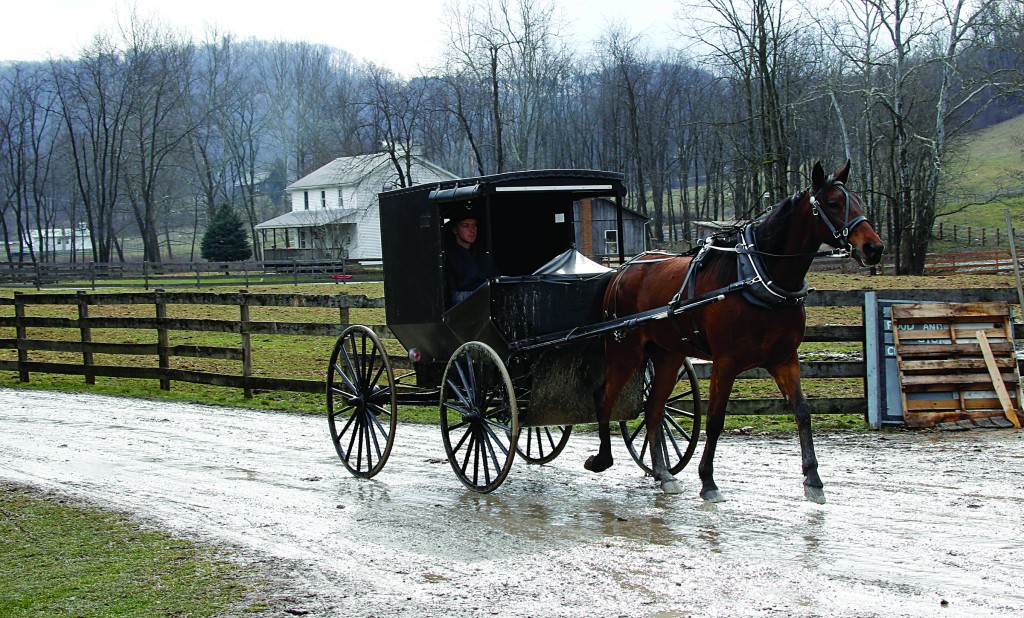 Authorities say a 10-year-old Amish boy has been hospitalized after the horse-drawn buggy he was driving collided with a tractor-trailer on a central New York road.

State police tell local media outlets that the boy was driving the buggy around 10 a.m. Tuesday on Route 8 in the Oneida County town of Deerfield, just north of Utica, when he made a sudden left turn onto another road and was hit by a truck following behind him.

Police say the boy was taken to St. Elizabeth Hospital in Utica for treatment of injuries that aren’t life-threatening. Troopers say two younger children riding in the buggy and the truck driver weren’t injured.

The horse had to be euthanized at the scene.