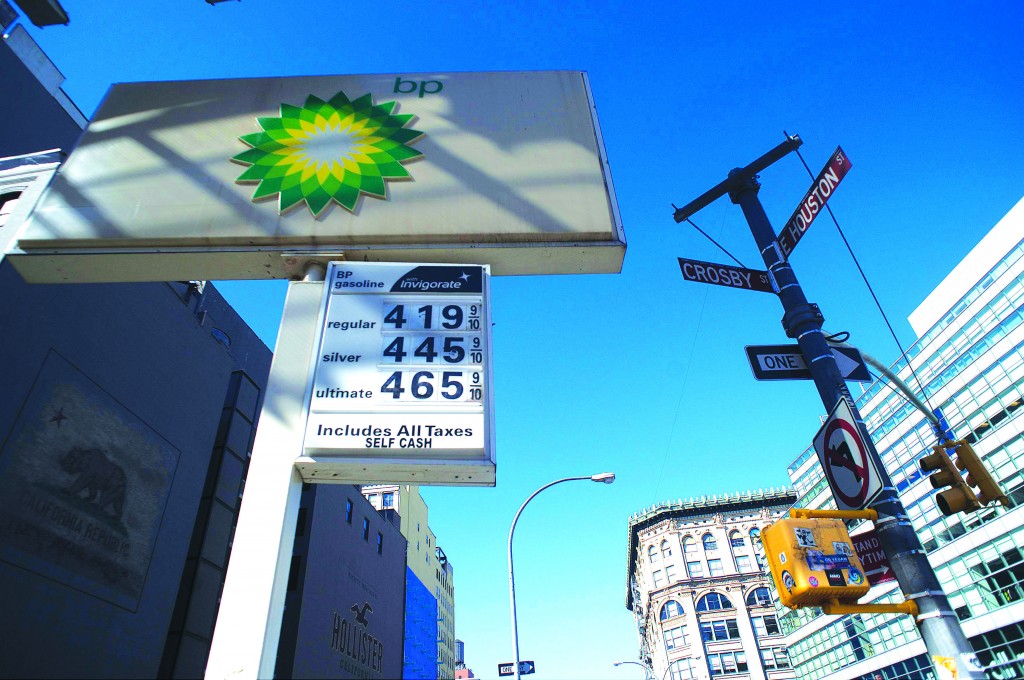 Gas prices have skyrocketed to record highs for the month of February, weeks earlier than the usual spring bump. And prices will continue to rise in coming weeks, market analysts believe.

“I usually buy premium gas, but at these prices I am just getting medium grade,” said Nicole Dudley as she pumped a few gallons at $4.27 into her car at a Shell station.

The national average price for regular fuel was $3.68 Saturday, up 3 cents from Friday’s price and nearly 30 cents over last month. Maryland’s average price rose to $3.70 over the weekend, 31 cents higher than last month.

The AAA reported that since mid-January the national price at the pump has been pushed higher in part by more expensive crude oil, but more notably by regional refinery issues — some have shut down for maintenance — and the approaching switch to summer-blend gasoline.

A price increase “is not unusual for this time of year, but there are some unusual circumstances” making the increase arrive earlier, said Peter Horrigan of the Maryland Petroleum Distributors Association. “And I think we will see more upward movement as we switch to summer gas.”

Part of the price increase comes from companies that have begun thinning their inventory as the change to summer-grade gas approaches. “Maintenance tightens things, too,” Horrigan said.

He and other analysts think prices will top out at about the same level as last year. AAA expects the increases to the national average will slow as temporary production concerns are addressed.

But with prices jumping early, consumers could pay higher prices for a bit longer this year, before the late spring correction, analysts said.

Shopping around or researching local prices online can help consumers save at the pump.

A local resident, Dudley, realizes there are steps she can take to save fuel. And she has already started.

“I have been trying to be more savvy. I am planning by driving more often, like trying to combine errands,” she said. “I have to make an effort to be more socially responsible, be a better consumer.”