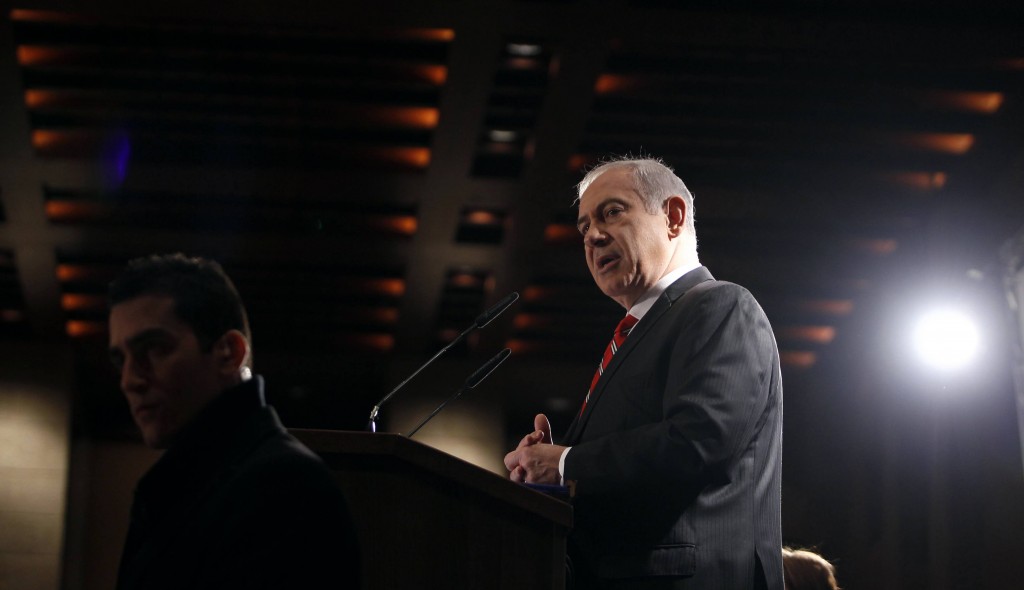 Israeli Prime Minister Binyamin Netanyahu pointed on Monday to North Korea’s latest nuclear test as proof the world must keep up pressure on Iran to prevent it from acquiring atomic weapons.

In a speech to a gathering of international Jewish leaders, Netanyahu said sanctions alone could not stop Iran developing a nuclear bomb, and held out the prospect of military action as a last resort.

“Have sanctions, tough sanctions, stopped North Korea? No. And the fact that they produced a nuclear explosion reverberates everywhere in the Middle East, and especially in Iran,” he said.

“They have to be coupled with a robust, credible military threat,” Netanyahu said. If all that fails to deter Iran, “then it will have to be stopped another way.”

Referring to Iran, Netanyahu said: “Their development of nuclear weapons will spark a nuclear arms race. It will make the Middle East a nuclear tinderbox. It will change the world.”

In his speech on Monday, Netanyahu reiterated that Iran would top the agenda next month when U.S. President Barack Obama visits Israel.