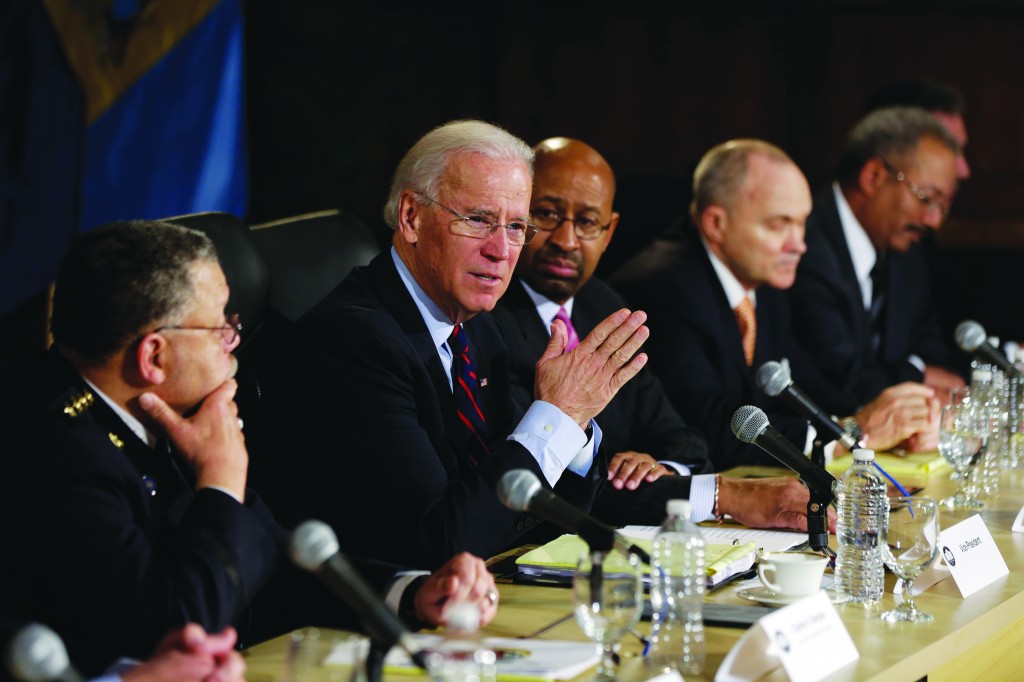 The toll of gun violence and the widespread disgust it has generated makes it time for new federal gun curbs that balance public safety with gun rights, Democrats said Tuesday at the Senate’s latest hearing on restricting firearms.

Republicans said today’s unenforced gun laws give criminals no reason to fear ignoring those laws. And they warned that the Constitution’s right to bear arms must be protected, even after unspeakable events like the December slaughter of 20 first-graders in Connecticut.

Each side trotted out their own legal experts, statistics and even relatives of people slain by gun-wielding assailants. In the end there was little partisan agreement, though Sen. Ted Cruz, (R-Texas), said cooperation was possible on stopping straw purchases, in which someone legally buys a gun for a criminal or a person barred from owning one.

As always with guns, emotion and the issue’s personal impact colored the day’s session.

The crowded hearing room was filled with people from gun control groups and according to Sen. Richard Blumenthal, (D-Conn.), included relatives of some killed in the Newtown, Conn., elementary school shootings. Sen. Richard Durbin, (D-Ill.), chairman of the Senate Judiciary subcommittee holding the hearing, asked friends and families of gun victims to stand, and dozens rose.

“We know that we have to act,” Durbin said.

At another point, Sen. Lindsey Graham, (R-S.C.), began his questioning of the panel’s first witness, Timothy J. Heaphy, the U.S. attorney for the western district of Virginia and an appointee of President Barack Obama, with one question: “Do you own a gun?”

“No,” responded Heaphy, who said, “I do not feel comfortable having a gun in our home” because he has children.

One witness, Suzanna Gratia Hupp, told the senators of being in a cafeteria in Killeen, Texas, in 1991 when a gunman smashed his truck through the front window and fatally shot 23 people, including her parents. Hupp says she left her gun in her car because Texas law barred her from bringing it into the restaurant.

Taking the opposing view was Sandra J. Wortham, whose brother, Chicago police officer Thomas E. Wortham IV, was fatally shot outside their parents’ home by robbers in 2010, though he and his father, a retired police sergeant, fired back.

The hearing came just hours before Obama was to deliver his annual State of the Union address, in which he was expected to repeat his call for gun curbs.