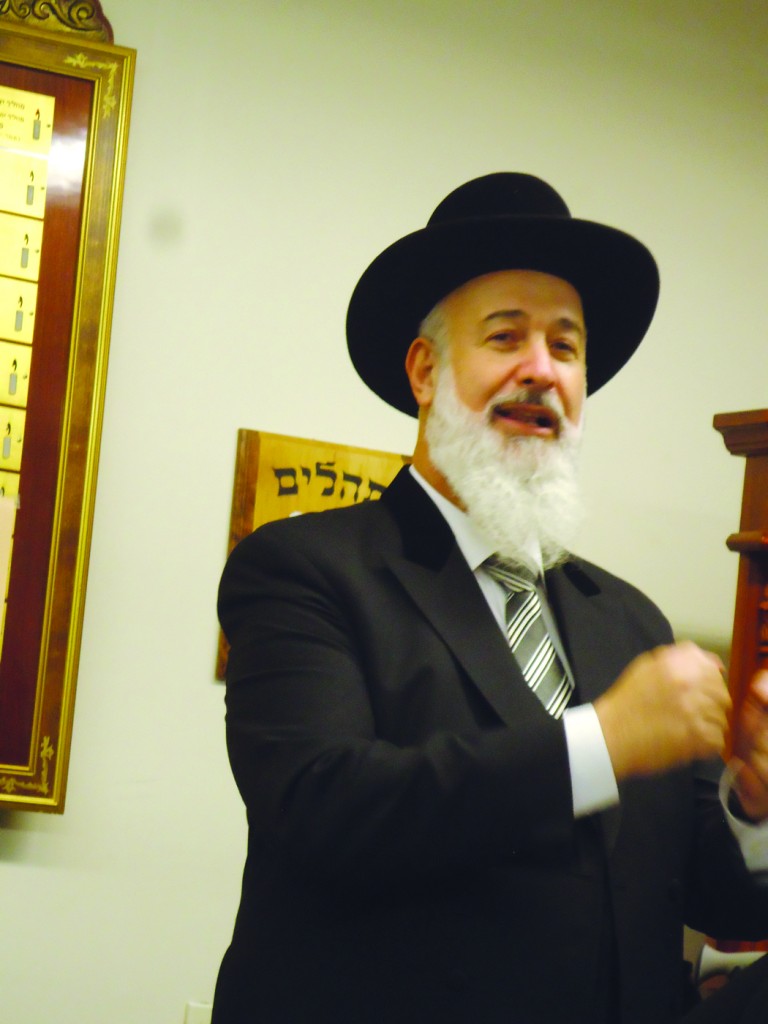 An overflow crowd of Rabbanim, friends and family gathered on Wednesday night at Khal Divrei Yecheskel in Boro Park as the Igud Harabbanim paid tribute to the memory of their beloved president, Rabbi Abraham B. Hecht, on the occasion of his sheloshim.

Over a period of 40 years, Rabbi Hecht was enthusiastically reelected president of this prominent American Orthodox rabbinic organization, term after term, until his retirement. He was also the Rabbi of Congregation Shaare Zion on Ocean Parkway, one of the largest Sephardic shuls in North America. Rabbanim from all over the United States would turn to him for guidance and wisdom. He was the quintessential “Rabbi’s Rabbi.”

Well-known askan Mr. Ben Barber arranged the event, which was chaired by Rabbi Chanania Elbaz. Rabbi Elbaz reminisced about the political acumen that Rabbi Hecht used to help the community as a whole and to aid individuals. When Rabbi Elbaz’s father was about to be deported back to Morocco, for example, Rabbi Hecht didn’t rest until members of Congress pushed through legislation that would allow him and others to stay and obtain citizenship. He even studied Arabic so he could converse with Syrian, Egyptian and Saudi officials. All this effort was to help our Jewish brothers and sisters.

Rabbi Herschel Kurzrock, the Av Beis Din of the Igud, spoke of Rabbi Hecht’s political activism in Israel fighting for sheleimus haAretz and a halachic standard for the question of “Mihu Yehudi?” His description was that of an individual who exuded boundless ahavas Yisrael.

Rabbi Yona Metzger, who came to New York just to participate in this event, offered vignettes about Rabbi Hecht and his family background. He described an eclectic personality, one of Galitzianer extraction who joined Lubavitch and ended up being a Sephardic Rabbi, heading an organization of communal leaders.

Rabbi Eliahu Elbaz of Kol Eliahu and Reb Shia Hecht, a son, concluded the evening with touching anecdotes and memories of this unforgettable, warm, loving Rabbi and family man.