General As India Gains Strength, So Does Its Coffee 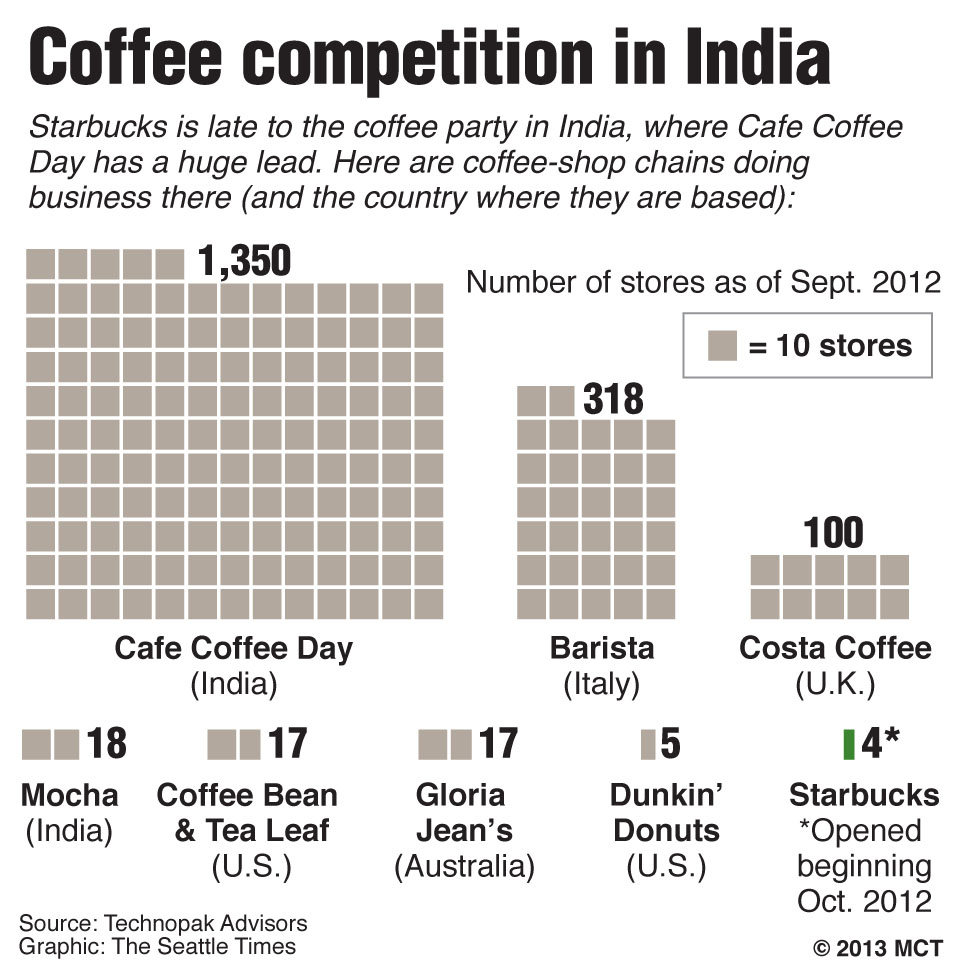 The coffee beans in Jacob Mammen’s hand look like they’ve been processed.

To some extent, the gray-green half-spheres have been – by a monkey, who ate the coffee fruit and spit out the seeds, which we call coffee beans.

Mammen fought the monkeys for years. Even now, he has workers walk around a forested coffee plantation firing noise-making “monkey guns” to scare them off.

So Mammen found a solution: He turned the beans into a boutique item, “monkey parchment” coffee, which he sells to roasters in Taiwan and Germany for about double their unchewed value.

His marketing savvy would not have been possible two decades ago, when the Indian government handled all coffee sales and sent a lot of low-quality coffee to the Soviet Union.

The way Mammen and other coffee farmers operate in India is in many ways emblematic of India’s development into a global economic power.

Since the Indian government changed its policies, allowing farmers to take control of their own sales in the mid-’90s, India’s coffee industry has seen a boost in quality and profits, and has taken a seat in gourmet coffee circles.

Even Starbucks has noticed. After years of buying very little Indian coffee, the chain is using it exclusively in espresso drinks at its recently opened shops in India.

Eventually, the granddaddy of specialty coffee expects to use Indian espresso in other countries, said John Culver, president of Starbucks’ Asia-Pacific region. It operates the new stores with Mumbai-based Tata conglomerate, one of Asia’s largest coffee producers.

The story of Indian coffee is compelling in ways that farmers in more marketing-prone countries might seize on for a label.

In the 1940s, India began pooling its coffee and paying farmers mostly for quantity, not quality. That continued until the ’90s and meant India missed the start of the specialty coffee craze of the 1970s, when roasters from Seattle and elsewhere began searching the world for gourmet coffee.

Today, although they have yet to crack the U.S. market, Mammen and others have spent time and money on improving their coffee and selling it to high-end roasters in Asia and Europe, including Illy in Italy.

Despite its youth in the  specialty coffee industry, India was one of the first countries in the world to grow it.