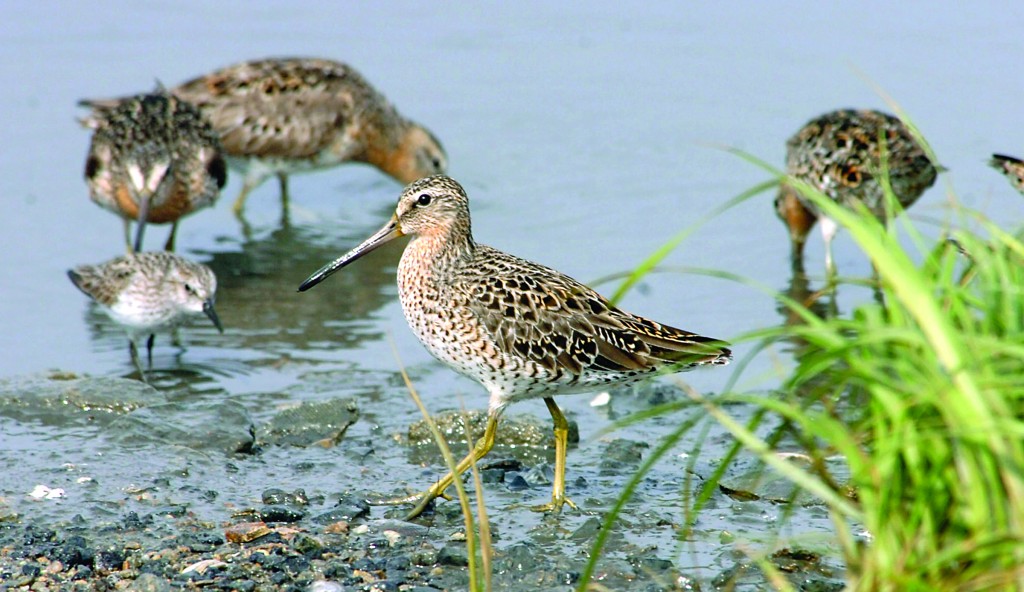 When red knots descend on the beaches of Delaware Bay this spring, famished from their marathon flight toward the Canadian Arctic from the tip of South America, the shorebirds may find slim pickings instead of the feast of horseshoe crab eggs they count on to fuel the rest of their migration.

Superstorm Sandy scrubbed away almost all the sand the crabs need to nest on. Restoring it in time is a top priority of wildlife groups beginning to repair Sandy’s massive damage to dunes, beaches and salt marshes along the Eastern Seaboard that support a diverse population of birds, fish, marine organisms and other wildlife.

A recent report by the Manomet Center for Conservation Sciences and the National Fish and Wildlife Foundation predicts that the storm — which across the region washed away sand and vegetation that many species spawn in or call home — is almost certain to have lasting effects on the recovery of the red knot.

The Delaware Bay could be called the Serengeti of the mid-Atlantic for the staggering numbers of birds there, said Eric Stiles, executive director of New Jersey Audubon. In addition to providing a wintering area for waterfowl that breed in the Great Plains of the United States and Canada, the estuary also provides a winter range for large numbers of raptors, including bald eagles.

But at a popular New Jersey Audubon winter workshop on raptors of the bay, a time when participants usually see dozens of eagles and other birds of prey, “this year they only saw one eagle, one northern harrier, and one red-tailed hawk in the day outing,” Stiles said.

The rodents the raptors feed on will rebound quickly. But eelgrass beds that provide the primary food source for Atlantic brant and other waterfowl will need restoration work.

Beach replenishment involves replacing land lost to storm erosion with sand pumped from offshore. The projects have an estimated price tag of $48.7 million.

“These birds fly nonstop for thousands of miles from the tip of South America,” Stiles said. “They land on Delaware Bay exhausted and emaciated, and then they double their body weight in seven to 10 days foraging on horseshoe crab eggs before flying nonstop to the Arctic.”

“These marshes are protein factories, providing rodents, crabs and other species in the food chain,” said Tim Dillingham, the society’s executive director.

The storm also washed raw sewage, oil and other pollutants into marshes, bays and estuaries, but the long-term impact isn’t yet known, Dillingham said.