Regional Deep Freeze to Continue Into Weekend in East
Regional 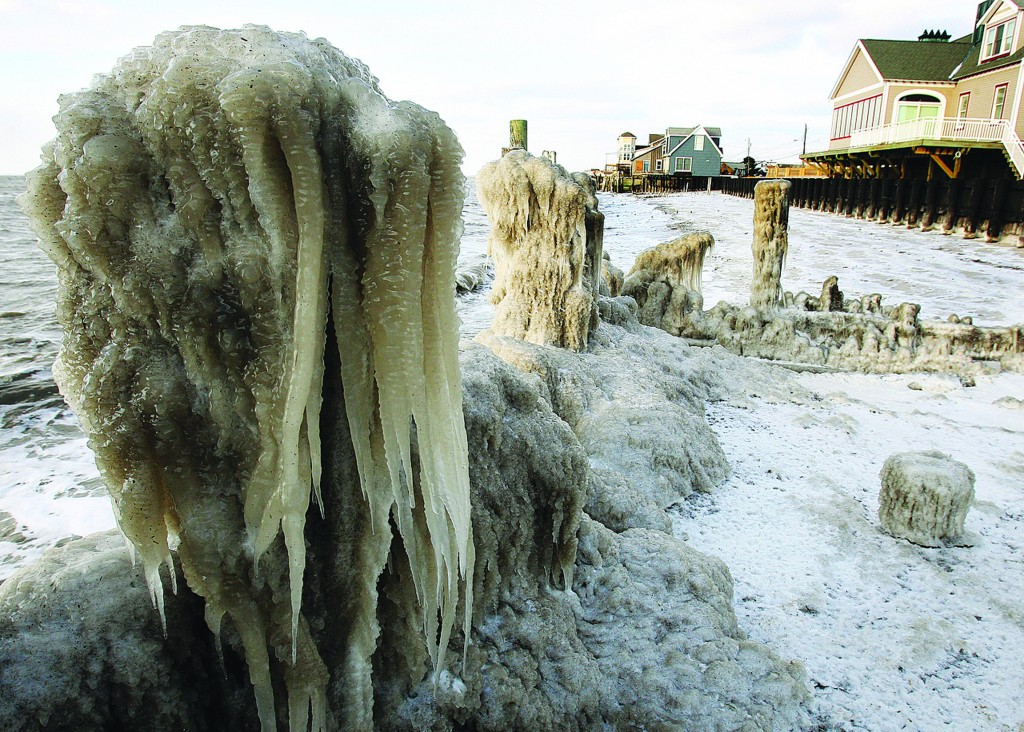 A teeth-chattering cold wave with sub-zero temperatures was expected to keep its icy grip on much of the eastern U.S. into the weekend before seasonable temperatures bring relief.

A polar air mass blamed for multiple deaths in the Midwest moved into the Northeast on Wednesday, prompting the National Weather Service to issue wind chill warnings across upstate New York and northern New England and creating problems for people still trying to rebound from Superstorm Sandy.

In a storm-damaged neighborhood near the beach on NYC’s Staten Island, people who haven’t had heat in their homes since the late October storm took refuge in tents set up by aid workers. The tents were equipped with propane heaters, which were barely keeping up with the cold, and workers were providing sleeping bags and blankets for warmth.

Eddie Saman is sleeping in one of the tents because the gaping hole in the roof of his home has rendered it uninhabitable. Heat has been restored to the house, but much of it escapes through the hole.

“It’s very cold,” Saman said, “and mainly I sleep here next to the heater here.”

The Canadian air mass that arrived in the Upper Midwest over the weekend forced schools to close, delayed commuter trains and subways and kept plumbers busy with frozen pipes. A ski resort in New Hampshire shut down on Wednesday and Thursday because of unsafe ski conditions — a predicted wind chill of 48 degrees below zero.

The coldest temperatures were expected Wednesday and Thursday, after which conditions should slowly moderate before returning to normal, said John Koch, a meteorologist with the National Weather Service regional headquarters in Bohemia, N.Y. For the most part, temperatures have been around 10 to 15 degrees below normal, with windy conditions making it feel colder, he said.

In northern Maine, the temperature dipped to as low as 36 below zero Wednesday morning. The weather service was calling for wind chills as low as minus 45.

Keith Pelletier, the owner of Dolly’s Restaurant in Frenchville, said his customers were dressed in multiple layers of clothing and keeping their cars running in the parking lot while eating lunch. It was so cold that even the snowmobilers were staying home, he said.

“You take the wind chill at 39 below and take a snowmobile going 50 mph, and you’re about double that,” he said.

For Anthony Cavallo, the cold was just another in a litany of big and small aggravations that began when Superstorm Sandy swept through his Union Beach, N.J., neighborhood and flooded his one-story house with 4 1/2 feet of water.

Still waiting for the go-ahead to rebuild, Cavallo and his family have been living in a trailer they purchased once it became clear they couldn’t afford to rent.

Wednesday’s frigid temperatures temporarily froze the trailer’s pipes. Cavallo spent the morning thawing out the pipes and stuffing hay under the trailer to help insulate them.