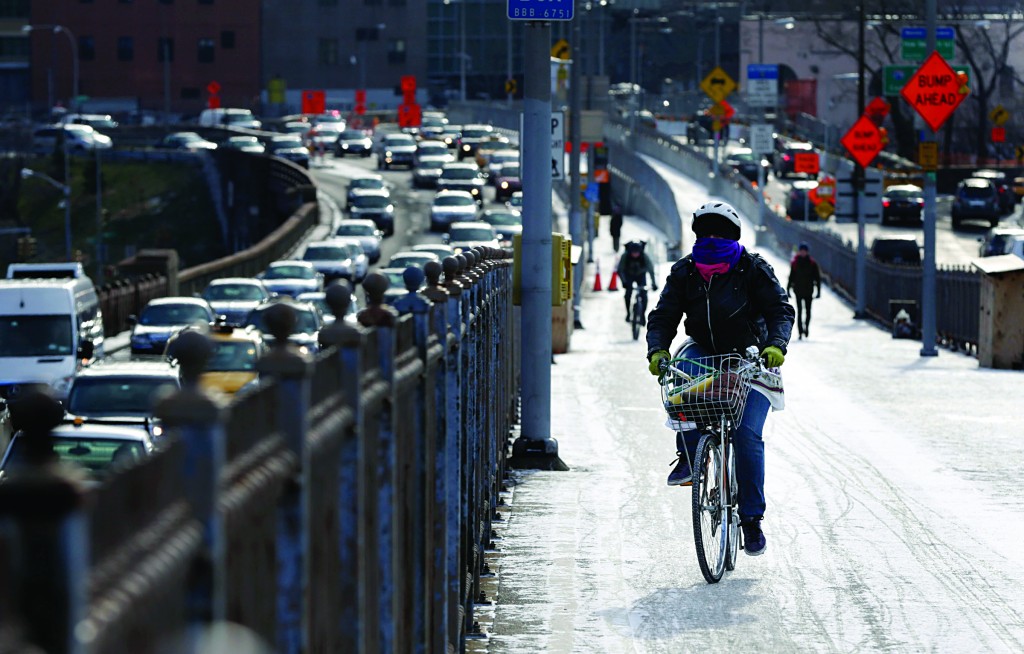 After relatively mild conditions for the first part of winter, more typical weather arrived on Monday and Tuesday, prompting wind chill advisories and causing travel troubles in places where up to two feet of lake-effect snow was expected.

Parts of Long Island, too, got more than three inches of snow late Monday, and New Jerseyans, too, are getting a strong taste of winter from temperatures well below freezing, biting wind chills and light snow.

An inch to an inch and a half of snow fell over most of central and southern New Jersey, accompanied by cold air with temperatures not expected to get out of the 20s Tuesday.

In western New York, conditions were treacherous on I-81 north of Syracuse Tuesday morning, where a state plow went off the highway and got stuck at 6 a.m. Snow was cited as the cause of a fatal crash Monday afternoon in the Cortland County town of Lapeer, where a woman died after her car slid into the path of a truck.

Up to two feet of snow had fallen in some spots since Sunday, weather service meteorologist Jim Mitchell said Tuesday. The southern shore of Lake Ontario expects 10 to 18 inches by Wednesday, he said.

In northern New York and the Adirondacks, the temperature was expected to plunge below zero, with wind chill readings of 20 to 30 below on Wednesday.

With wind chills expected to drop as low as 25 below zero Tuesday night in the Hudson Valley, Snyder said his agency was advising people to dress warmly, take measures to keep pipes from freezing, and use caution with space heaters to avoid carbon monoxide poisoning and fires.

Art DeGaetano of the Northeast Climate Center at Cornell University said the cold snap this week is typical .

The last time there were three days in a row with the average daily temperature below 20 degrees was in 2011 for Syracuse, DeGaetano said.

“For most places, last winter was among the warmest on record,” DeGaetano said. “So far, we’re also running warmer than normal this winter.”

(With Reporting From AP)