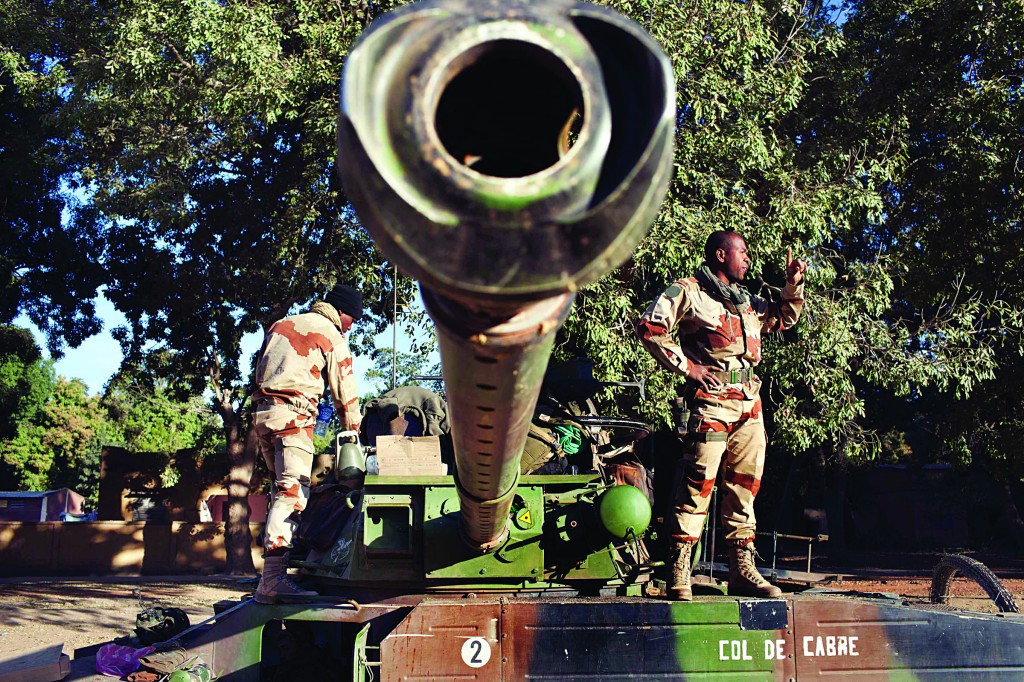 French troops advanced cautiously toward northern Mali on Sunday amid fears of ambush by al-Qaida-linked fighters, while its fighter jets pounded the Islamists’ strongholds in the desert near Timbuktu.

In the central Malian town of Diabaly, seized by Islamist fighters on Monday, the wreckage of the Islamists’ charred pick-up trucks lay abandoned among the mud-brick buildings, media images showed.

Residents of the town, some 220 miles from the capital Bamako, said Islamists had fled into the bush after French airstrikes.

The commanders of French and Malian forces, who set up their operations center in the nearby town of Niono, said their forces were moving slowly toward Diabaly after reports that Islamist fighters had abandoned their turbans and flowing robes to blend in with local residents.

“There are risks of mines and booby traps in houses; that is why we have to be careful,” a French commander who would be identified only as Colonel Frederic told reporters sheltering from the sun in a grove of trees.

France has deployed 2,000 ground troops, and its war planes have pounded rebel columns and bases for 10 days, turning back an Islamist advance towards the riverside capital which Paris said would have toppled Mali’s government.

French now aims, with international support, to dislodge the Islamists from Mali’s vast desert north, an area the size of Texas, before they use it to launch attacks on the West.