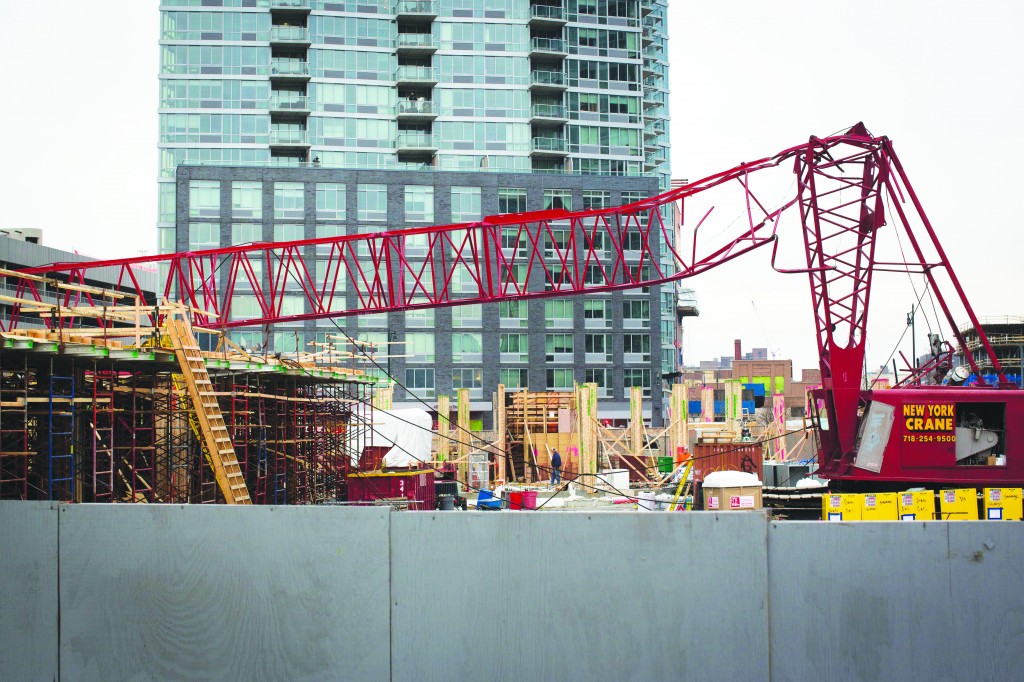 A 200-foot crane collapsed onto a building under construction near the East River waterfront Wednesday, injuring seven people, three of them seriously.

A two-story framework for the residential building in the New York City borough of Queens had been erected when the red crane toppled and went sprawling across it around 2:30 p.m. behind a big neon “Pepsi Cola” sign, a local landmark.

The three people who were seriously injured were in stable condition.

One person appeared to have a broken bone. Three people had to be extricated from underneath the crane, Deputy Fire Chief Mark Ferran said.

Preston White, 48, a carpenter from the Bronx, was on his first day on the job at the site in the Long Island City neighborhood. He had turned to speak to a friend when he heard a popping sound and turned back around.

At that moment, “I saw the cable whipping toward the deck. … You could just hear it buckling,” White said. The impact shook the scaffolding he was on.

The crane cut down the framework of the building “like a hot knife in butter,” White said, because it had not yet been plastered.

A fellow worker, Russell Roberson, 32, of Brooklyn, said the crane had been up about four days — and went down really fast.

City officials went up in a cherry-picker to investigate the accident.

Two cranes collapsed within two months of each other in Manhattan in 2008, killing a total of nine people and spurring new safety measures. Another crane fell and killed a worker last April at a construction site for a new subway line, which was exempt from most city construction safety rules.