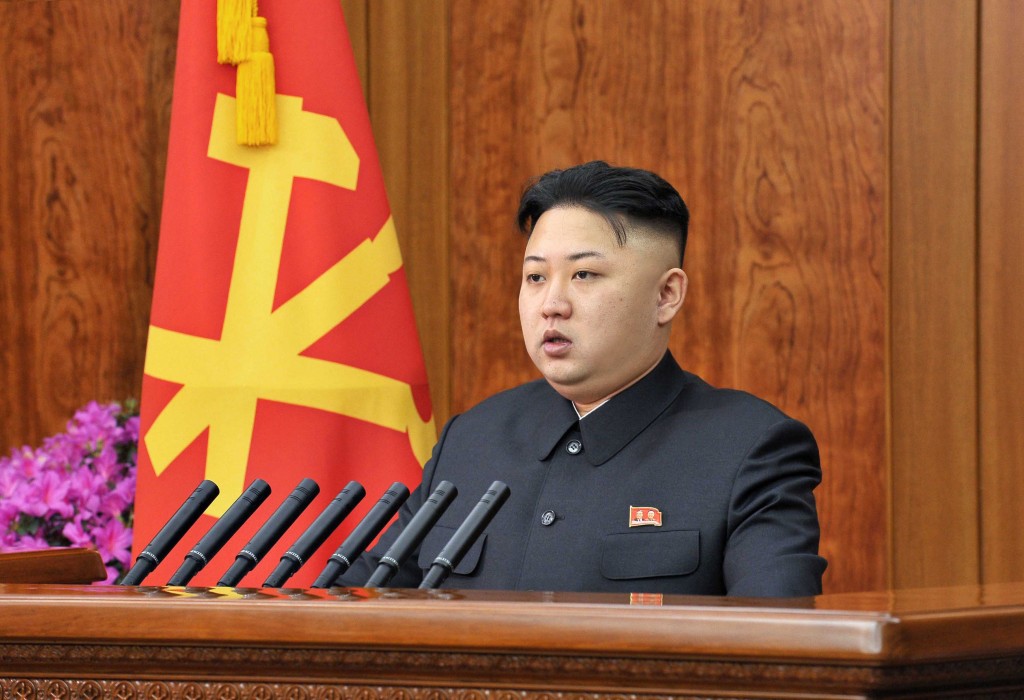 North Korean leader Kim Jong-un called for an end to confrontation between the two Koreas, technically still at war in the absence of a peace treaty to end their 1950-53 conflict, in a surprise New Year’s broadcast on state media.

The address by Kim, who took power in the reclusive state after his father, Kim Jong-il, died in 2011, appeared to take the place of the policy-setting New Year’s editorial published annually in the past in leading state newspapers.

But North Korea has offered olive branches before and Kim’s speech does not necessarily signify a change in tactics from a country which vilifies the United States and U.S. ally South Korea at every chance.

Impoverished North Korea raised tensions in the region by launching a long-range rocket in December it said was aimed at putting a scientific satellite in orbit, drawing international condemnation.

North Korea, which considers the North and South one country, the Democratic People’s Republic of Korea, is banned from testing missile or nuclear technology under U.N. sanctions imposed after its 2006 and 2009 nuclear weapons tests.

“An important issue in putting an end to the division of the country and achieving its reunification is to remove confrontation between the north and the south,” Kim said in an address that appeared to be pre-recorded.

“Past records of inter-Korean relations show that confrontation between fellow countrymen leads to nothing but war,” he said, speaking from an undisclosed location.

The New Year’s address was the first in 19 years by a North Korean leader, following the death of Kim Il-sung, Kim Jong-un’s grandfather. Kim Jong-il rarely spoke in public and disclosed his national policy agenda in editorials in state newspapers.

May Be Linked to Call for Aid

Kim’s statement “apparently contains a message that he has an intention to dispel the current face-off between the two Koreas, which could eventually be linked with the North’s call for aid from the South, said Kim Tae-woo, a North Korea expert at the state-funded Korea Institute for National Unification.

“But such a move does not necessarily mean any substantive change in the North Korean regime’s policy towards the South.”

There was no immediate reaction from Washington.

Bruce Klingner, a senior research fellow at the conservative Heritage Foundation in Washington, said, “Kim Jong-un’s New Year’s message was different in format but not in content.” It offered further evidence the young leader is following in the footsteps of his grandfather, rather than his father, he said.

While the younger Kim’s public diplomacy resonates well with the North Korean public, “the new North Korean leader’s impact on the outside world is undermined by North Korea’s continued provocations and bombastic rhetoric,” Klingner said.

The two Koreas have seen tensions rise to the highest level in decades after the North bombed a Southern island in 2010, killing two civilians and two soldiers.

The sinking of a South Korean navy ship earlier that year was blamed on the North, but Pyongyang has denied it and accused Seoul of waging a smear campaign against its leadership.

Last month, South Korea elected as president Park Geun-hye, a conservative daughter of assassinated military ruler Park Chung-hee, whom Kim Il-sung had tried to kill at the height of their Cold War confrontation.

Park has vowed to pursue engagement with the North and called for dialogue to build confidence but has demanded that Pyongyang abandon its nuclear weapons ambitions, something it is unlikely to do.