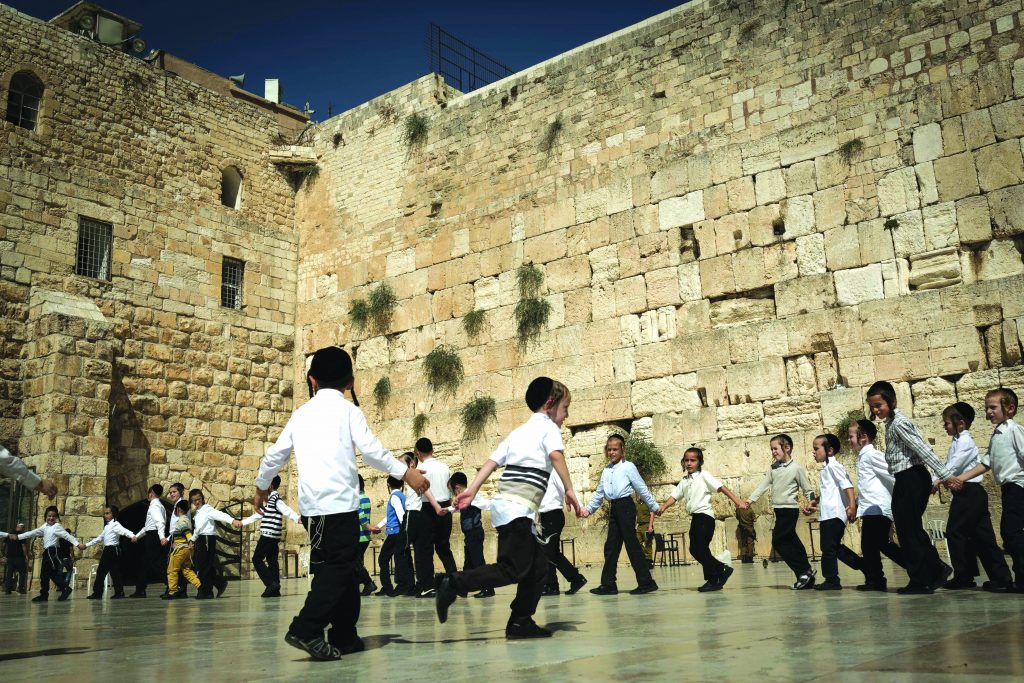 Harav Shlomo Mandel, shlita, Rosh Yeshivah of Yeshiva of Brooklyn, recovered recently, baruch Hashem, from a severe case of COVID-19. Hamodia asked the Rosh Yeshivah to share his feelings and insights to serve as a source of chizuk for parents and those who underwent struggles in the past few months.

Dovid Hamelech says in Tehillim (34:2), “Avarcha es Hashem b’chal eis, tamid tehilaso befi — I bless Hashem in all times, constantly His praise is in my mouth.” The passuk seems to contain a redundancy; it begins with saying to bless Hashem “in all times,” and then seemingly repeats to praise Hashem “constantly.” Perhaps shining a light on what b’chal eis means, we can gain insight into what Dovid Hamelech wants to teach us.

Shlomo Hamelech writes in Koheles (3) “Eis l’chal cheifetz — there is a time for all matters. There is a time for being born and a time for dying; a time of wailing and a time of dancing.” The mishnah in Brachos (54a) teaches us that the same way we must bless Hashem for the good, so too we must bless Him for the bad. Of course, this is something we must work on, but Dovid Hamelech is the Rebbe of Klal Yisrael in this matter.

The kapitel is introduced with the words “L’Dovid beshanoso es taamo lifnei Avimelech.” Rashi explains this refers to when Dovid Hamelech fled from Shaul Hamelech and he came to Achish, the king of Gath. Realizing his life was in danger, Dovid feigned insanity, as he wrote on the walls and let his spittle dribble on his beard. Avimelech, aka Achish, fell for the deception and chased him away, which led Dovid to compose this Psalm.

Let us imagine Dovid Hamelech at that time. As a royal king, all were obligated to accord him the utmost honor. Indeed, a melech cannot negate this honor; Melech shemachal al kevodo ein kvodo machul. Yet when faced with the circumstances, he degraded himself to the point that Achish banished him as a lunatic. Dovid went from the pinnacle of royal nobility to the abyss of shameful idiocy. Yet this inspired him to compose the Psalm which begin with the words, “Avarcha es Hashem b’chal eis — I bless Hashem in all times.”

In every eis, in all times and circumstances, we must bless Hashem, whether it is a period of mourning or an interval of dancing and rejoicing. This, specifically, is the lesson which we can learn from Dovid Hamelech.

The Gemara in Sanhedrin (92b) tells us that after the episode where Chananyah, Mishael and Azaryah were saved from the fiery furnace, Nevuchadnetzar wanted to sing praises to Hashem which would have humiliated all those of Dovid Hamelech in Tehillim. A malach came and slapped him on his mouth, which put an end to his praises. What was the purpose of preventing him from praising Hashem? The answer, says the Kotzker, zy”a, is that the malach didn’t prevent him; he simply gave him a potch. It is not so difficult to praise Hashem when all is going well, but when things go wrong and you get a potch, it takes someone of the caliber of Dovid Hamelech to bless Hashem and sing His praises.

The Gemara in Rosh Hashanah (32b) says that we do not say Hallel on Rosh Hashanah because the sifrei chaim umeisim, the books of life and death, are open. The question arises as to why we say Hallel on Hoshana Rabbah, when our verdicts are sealed and delivered? Perhaps it is because Hoshana Rabbah is the ushpizin of Dovid Hamelech, who taught us that in every eis we must praise Hashem.

This can be seen explicitly in the passuk in Tehillim (101:1) which states: “L’Dovid mizmor. Chessed u’mishpat ashirah, lecha Hashem azameirah — A Psalm for Dovid. Of kindness and justice do I sing to You, Hashem, do I sing praise.”

The past few months have tested us in unprecedented ways. We had times to mourn the loss of so many precious Yidden, and we had times to dance as we watched our precious children rise to the occasion and learn, daven, and perform mitzvos in spectacular ways.