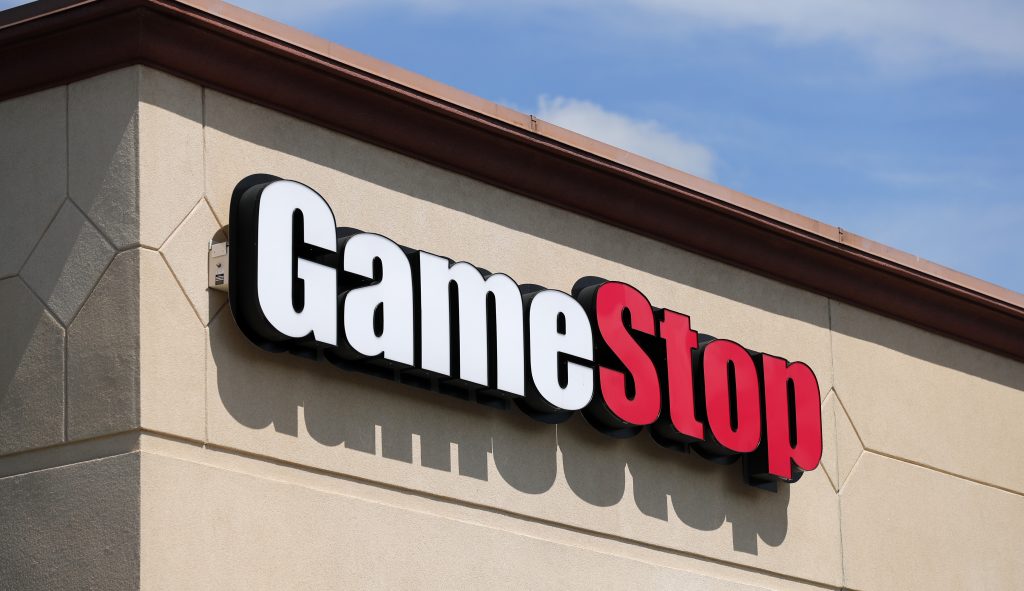 In a matter of days, the video game retailer GameStop seized national attention when, despite increasing challenges to its business model, its stock price began to soar to unprecedented highs.

The story quickly became one of not only a bizarre and volatile market phenomenon, it was presented in much of the media as a showdown between individual young internet-based investors and large established investment funds — with calls for greater government regulation.

Hamodia spoke with Aron Pinson, Founder and Chief Investment Officer at Equinum, a wealth management firm, to explain what is behind the GameStop phenomenon and what its implications might be.

Please give a simple rundown: What has gone on with GameStop and why has it attracted such widespread public attention?

Anytime you see a stock going up by 100% in a day and then by 200% to 300%, and over 1000% in two weeks, that’s going to make news. Obviously, there’s an excitement behind it, and this whole narrative that people are talking about, the little guy versus hedge funds, is the type of thing the press salivates over, so that certainly helped it gain a lot more attention.

Basically, this was driven by traders on internet forums like Wallstreetbets (WSB) on Reddit. It’s actually not new to GameStop. Wallstreetbets started years ago, and has shared strategies like the one they implemented here with other stocks like Tesla, but it did not take off like it did now.

The real vortex that caused the GameStop rally was traders forcing option market makers to buy the stock to hedge the position they took selling options to these speculators.

When someone buys an option on a stock, someone must be selling you that option. In most cases it’ll be what’s called a market maker — who has very little interest to take a position in whether the stock is headed up or down. They make their money selling and/or buying the other side of the option.

Now with GameStop, there were certain days when individual call options (even just a single strike price and expiration) had tens of millions of dollars of option premium!

In a situation like that, when a stock’s price starts moving significantly, the market makers are essentially forced to buy massive quantities of the stock to hedge that short position they took when they took the other side of the trader’s trade.

Keep in mind every option contract is for 100 shares. So imagine paying just a few thousand dollars for a $350 GameStop option that’s expiring in two weeks. The market maker is risking very little at the onset, but when the stock goes from $50 to $350 in a week, the result is $105,000 of exposure that the market maker needs to hedge and hence they’re forced to buy the stock as it continues to increase!

What do you make of the narrative of this story as the little guy versus big Wall Street?

This is a narrative being pushed by some in the media and in politics that this is a story about a bunch of people in their 20s on Reddit who want to level the playing field with the big bad hedge funds that drive companies out of business by betting on their downside and make money by doing it.

By and large it’s a false narrative. First, hedge funds don’t drive companies out of business. Businesses drive themselves out of business, funds that bet on their decline profit from the decline but are not the cause of it. If the company turns itself around, the funds will end up covering their shorts and lose money on the trade.

Second, while the image of this showdown is a bunch of young rebels, there are plenty of hedge funds and other established investors who have played their side of the GameStop gamble and made plenty of money doing it. It was just reported that Senvest Management made $700 million on GameStop. So while the trading may have started on Reddit, this ended up being about institutions versus other institutions, not the man in the street versus institutions.

Where do GameStop and the people who invested in it stand now?

This excitement was spread on Reddit and places like that, but it was egged on by many high-profile names. The Winklevoss twins, Mark Cuban, Chamath Palihapitiya, Dave Portnoy, Elon Musk amongst others, who — to some extent — encouraged traders to get in or hang in for the ride. To me that’s egregious. They knew, or definitely should have known, that GameStop was never worth the higher prices, and they understood that this was just an aberration and a trade.

They encouraged a lot of smaller players to get in on it, mostly when the prices were already expensive, and it was too late for them to make money. Most of these people who jumped on afterwards had no idea what valuations mean, and now that the prices have come back down, they lost a lot of money. The larger investors who drove this knew better, but sadly the people who they got to join in the end became the exit strategy for the ones who started this whole thing.

Some of these people lost their entire savings. It’s not the first time something like this has happened, and unfortunately, I doubt it will be the last.

Do you think government will act on some of the calls for more regulation that have come out of the GameStop tumult?

But the truth is that there is nothing terribly controversial about what happened. None of the people involved in this were looking to invest in the company. Anybody looking to see what a stock does from day to day is basically making trades based on a coin flip, and it has nothing to do with what the company is actually worth. That is what happens when you have a lot of people playing with the market who don’t really have a background in what they’re doing.

There are things that have changed fundamentally that made something like this more possible like the Robinhood trading app that let individuals do trades on their own without having to pay real fees. But message boards have been around for a long time already and the effect they have is nothing new.

Still, if you’re AOC, it’s a great way to blame evil Wall Street and get your base excited.

That said, there are some general trends that should be looked at. Once again we have trading going on based on supply and demand, having nothing to do with the fundamentals of value, which is always dangerous.

There are elements of the plumbing that make the markets work that should be reevaluated; systemic risks which caused Robinhood to scramble and raise billions of dollars to shore up their liquidity is something regulators need to explore.

Even so, I think it is very unlikely that Congress or the administration will take any serious action about this.

Does this affect regular citizens with standard investments through their banks or in mutual funds and the like?

While this took over everyone’s attention for several days, and it may have moved the market by a percent or two, it really should not have affected anybody who was not directly dealing with GameStop.

I would say that it’s yet another sign of a general exuberance in the market. So while this may not affect anyone directly, it’s something to be cognizant of. If interest rates remain low, and if more stimulus checks end up going out, you could very well see more of this type of speculating.

It’s something for people to take into account — if stock prices keep running ahead of value, it will burst at some point, and this might be a good time to lower the risk profile of how you’re invested.

What message do you feel this should send to people looking to invest their money carefully?

There were people posting snapshots of their portfolio growth from their GameStop trades, but please understand that there were many more people that have lost and will end up losing money on this trade. It’s a lesson that if something sounds too good to be true, then it probably is. There really are no get-rich-quick schemes that work.

When it comes to making money in the market, slow and steady wins the race. You don’t have to have a lot of money right now, but if you put away $5,000 a year in an IRA and build a diversified portfolio, over time it adds up to a lot of savings.

I’m not necessarily looking to plug myself, but it helps a great deal if you can consult with professionals who have an education in how the market works and who are focusing on investments rather than a way to make a quick buck.

A stock option is essentially a bet that a given stock will rise or fall by a certain amount by a given date. Should the holder of the option be correct, he then has the locked-in ability to buy or sell at that price, usually turning a profit in doing so. Should the holder’s option prediction be incorrect, he loses the money spent to buy the option. Options themselves can be traded multiple times before their dates come due, and their own value fluctuates until the time they come due.

Purchases or sales of stocks, options, commodities, and other items exchanged on financial markets are referred to as a trade.

Selling short is a method by which traders who believe a stock will decline in value borrow the given stock and sell it at the present market price with a plan to buy it back and turn a profit once the price falls. Should the stock rise in value, the trader is faced with a mounting loss, which continues to increase as the price goes up.

Hedge funds use pooled money, money that usually consists of money from active partners and outside investors, to pursue varied and high-risk financial investments with the goal of high returns.