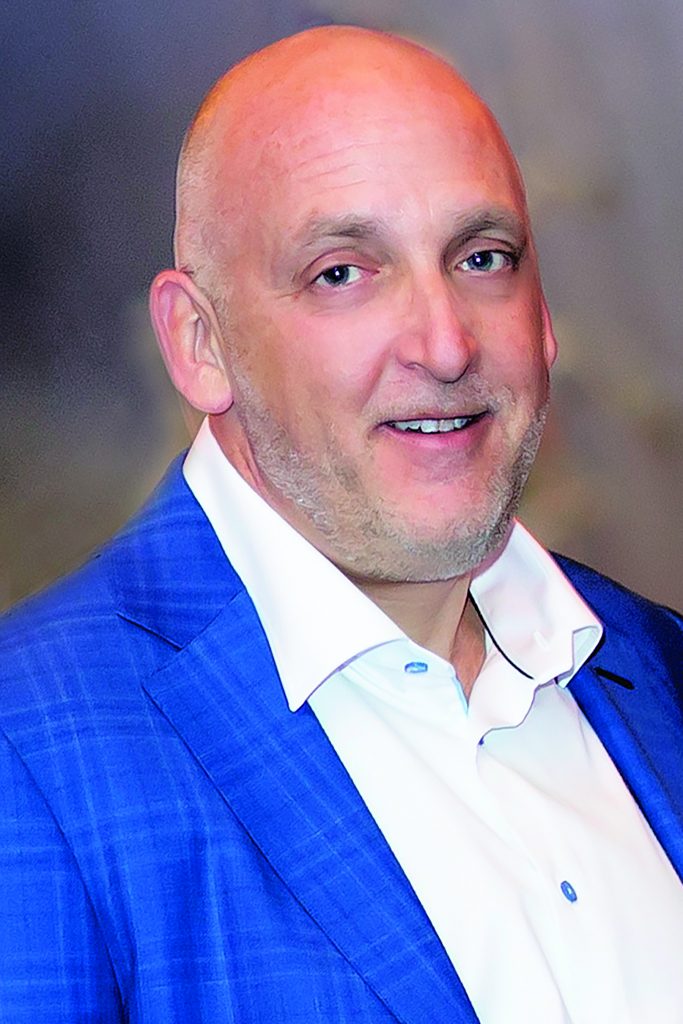 In this new column, Hamodia will speak each week with the representative of a different industry, to discuss the effects of the coronavirus on their business.

Eric Palatnik, of Port Washington, Long Island, is the principal attorney at real-estate firm Eric Palatnik, P.C. His office is located at 32 Broadway in Manhattan.

Please tell us briefly about your practice.

We help people secure what are called discretionary approvals from the City of New York, which includes people who do rezonings, people who get variances. We also help people get approvals at the Department of Buildings.

We help people with tax abatements and offering plans. We help people with anything real estate-related in New York City that has to do with interaction with the government, all the way through to buying and selling property. But the main thing we do is help people navigate government. There’s a lot of responsibility when you’re a property owner in New York City; there are a lot of regulations that you need to comply with. We help everybody comply with those regulations, and then we help them build their buildings as they’re going ahead.

How many attorneys are in your office?

There’s me and one other attorney, and there is an urban planner and a paralegal, and two administrative support staff. I have various subcontractors that I work with as well.

How has your practice been affected by the coronavirus?

There have been so many different facets; every angle of life has been affected. But the No. 1 way that we’ve been impacted from the business side of things has been that everything we do requires public meetings, and holding public meetings has been one of the biggest challenges of government.

The City has been very good at setting up the meetings, but it has been very challenging to conduct these meetings. I have a business where the meetings usually happen in a big, public forum, where a lot of the public gets to come out and communicate and participate in the process. And one of the big problems we’ve had is that it’s very difficult to hold meetings with a lot of people being involved right now.

If you want to take it back a little bit further, a little more personal, what I found personally to be one of the biggest challenges has been keeping the staff and my clients all positive and upbeat about the future. There’s so much uncertainty out there right now. And nobody knows what tomorrow is going to bring. So every day, I find myself assuring people that the City of New York is open and they’re doing business. I find myself telling my employees that everything is going to be OK and it’s all going to work out, and everything’s going to be better when we’re done. And that’s a message I feel you have to keep repeating every day, because the interesting thing about what’s going on right now is that everybody feels that sense of uncertainty. It doesn’t make a difference if you’re talking to the most powerful person in New York City real estate — all the way down to anybody in the organization at any other level — everybody’s feeling that sense of not knowing what tomorrow is going to bring.

So these meetings, like with zoning boards, have been conducted remotely?

Yes, the City’s been great; the City’s been having these meetings. But, you know, we’re a country that bases ourselves on a democratic process. And that democratic process involves hearing everybody’s voices and everybody’s participation. But it’s hard for everybody to get their voice in on a Zoom call! Only one person can speak at a time on a Zoom call. So, Zoom is great, and it’s wonderful that we’re all having these Zoom meetings, but they work well when there’s a presentation, so to speak. When you’re trying to have a dialogue with people in a public manner, it’s very hard. You lose the whole natural rhythm of the conversation.

Has your business revenue been down as well?

Yes, revenue has been down. But it’s hard to say by how much, because the damage hasn’t been done yet.

The monies that have been coming in for the past 45 days or so were from things that people were up to and ideas and things that were created before coronavirus hit.

I think that every business out there — and the people that I’m talking to, the real fear is not necessarily today, because everybody has a line of work that’s left from the past. Everybody’s lost some, including myself — things stopped after corona hit. But I think the most marked difference in business is not so much what’s going on right now, but it’s about people calling to do things in the future.

And in that I see a tremendous drop.

As far as real estate deals are concerned, even though people aren’t really out in the street these days, is business being conducted now, like the buying and selling of real estate? Or the construction, the expansion, for the zoning which affects you — has that slowed down also?

It has slowed down. The buying and selling in New York City has come very close to a halt. I’m not the biggest transactional attorney in New York City, but it’s probably down 60% to 80%; nobody’s really doing any “deals” right now. And the reason goes back to the uncertainty in the marketplace — nobody knows what the future is going to bring.

So there are a lot of reasons for people to pause right now, but the biggest concern, like I said, is not so much the present, but what’s going to happen three or four or five months from now. How is all of this going to turn back on? And how are people going to have the confidence to invest in the City of tomorrow?

To me, the biggest challenge is giving people that confidence that the City will be there, that the mass transit will be functioning, and that schools will be open and that there’s something here for everybody.

I find what’s most surprising about this entire event is that I speak to some of the most successful people in real estate, and they are just as unsure of the future as my 13-year-old daughter. And that’s something I’ve never seen before in my life; you’ve always seen that the elders had the path. But now there’s a level of uncertainty you’re seeing across the board.

If you don’t mind answering, have you or anyone in your office or family been sick?

Have you had to lay off or furlough or reduce the hours of any of your staff?

No, I have not reduced hours or laid off anybody. I’m trying my hardest to keep everybody around, and to keep things going as long as I possibly can. I don’t feel threatened right now financially. So we’re in a good position to go for a little, but as I said before, my biggest fear is that we don’t know what’s going to come five, six, seven months from now.

Is everyone on your staff working from home now?

We do Zoom calls three or four times a week with everybody. I send a video out to everybody every day. And we have voiceover IP systems, so we communicate by phone and email all day long.

That really hasn’t been the hardest part. The telecommunicating component of it has really been great. My office works very well remotely, but again, Zoom only goes so far. When you start having 20, 30, 40, 50 people on something and you’re trying to create a real meeting — I’m involved in the democratic process, so my meetings get everybody involved. Everybody should be screaming and yelling and talking and getting their points out.

Have there been any silver linings at all for you in all this, whether professionally or personally?

There have been a lot of silver linings!

One thing is, it’s slowed everybody down; it’s lowered the expectation of speed.

Everybody is much more understanding of spending a little more time on something. That’s probably the biggest change I’ve seen, whereas before corona, when an email was sent or somebody needed a piece of information or somebody needed to talk, there was a great sense of urgency amongst everybody involved. Now everybody seems to be taking it a little bit easier. It’s been a nice thing.

Spending time with family, of course, has been a beautiful thing.

Seeing how well the people I’m close to are reacting to it has also been nice to see. Nobody’s losing their mind. Everybody is making the best of it.

This pandemic may change some people permanently. For example, more people may become “preppers,” and make sure to always have a stock of canned food, or a month’s worth of toilet paper. Is there any way that you feel that, even once this is over, your business model or mindset or the industry is going to change permanently?