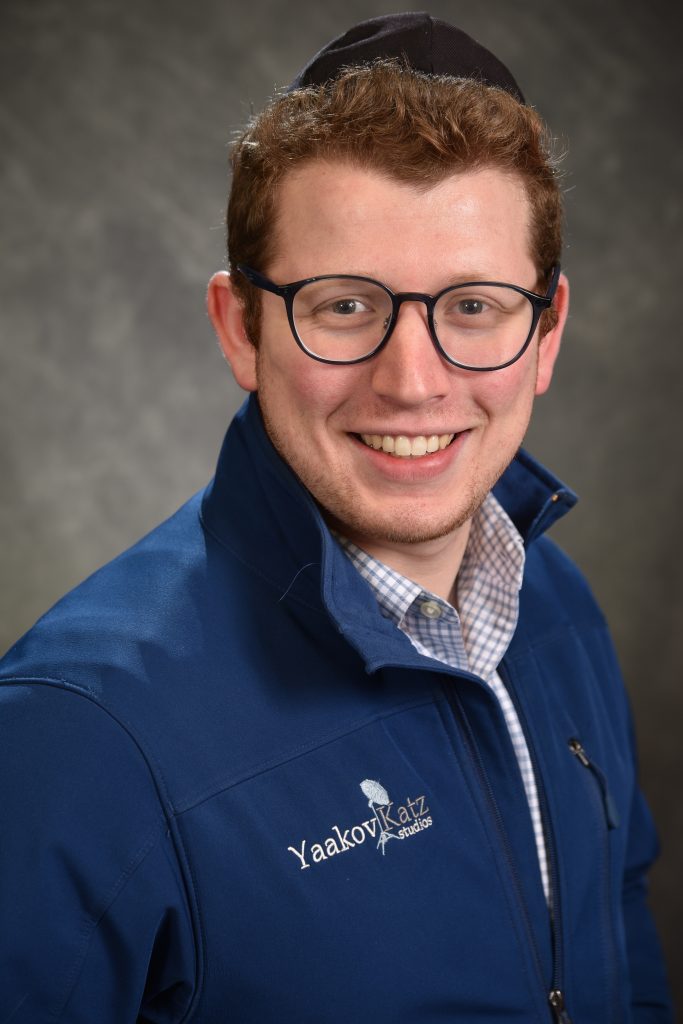 If You’ve Got a Niche, Scratch It!

When did you start working as a professional photographer?

I started taking pictures over 12 years ago, when I was in eighth grade.

I got a camera, and just started with some pictures of flowers on my block, and some other objects.

That year, my yeshivah, Yeshiva Ketana of Queens, asked me to take the photos for the yearbook.

Eventually, I bought a nicer camera, a Canon.

I went to Chofetz Chaim High School in Queens. The yeshivah has a kollel, so there are lots of brisos. One day when I was in ninth grade, someone who knew about my interest in photography said, “Why don’t you make some money off this?” I said, “That’s not a bad idea” — though when I first started taking bris pictures, I was pretty much doing it just for a bagel — it worked out well! Eventually I started charging a little.

While in high school, I started doing family portraits, in my free time, after school and during the summer. I expanded to videography; I produced the camp video for Camp Avraham Chaim Heller.

When the Queens Jewish Link newspaper opened, I pitched my photography to them. That increased my exposure in the community. I was only in 12th grade, but I was all about ambition and goals.

In 12th grade, I actually ditched my Rosh Chodesh Adar party to go to the AIPAC Conference. That was always one of my goals, to cover a big event in Washington. I’ve done a few AIPAC events since. I’ve also been to the White House, when a championship sports team visited, and when Binyamin Netanyahu visited. I have covered fundraisers for our local congresswoman, Grace Meng. And I go to some of Mayor de Blasio’s events.

Most of my news work has been for the Queens Jewish Link, but I’ve also worked as a freelancer.

As you know, Hamodia has published some of my pictures, from an AIPAC conference a couple of years back, and from when Agudath Israel hired me to cover the recent Siyum HaShas.

My next big goal is to get on Air Force One. I’m not sure how that’ll happen, but I’m planning on doing that, somehow. If any media outlets with access are reading this, I’m available!

Day to day, what does most of your photography consist of?

For photography, right now I mostly do family portraits, vorts, bar mitzvahs and corporate events. I try to give my customers something special. In addition to the high-res pictures, I give you a few sample pictures that day, so that you can have them right away. I’m always thinking of ways to add value to someone’s day without necessarily raising the price. My goal is that they should come out happy.

Does anyone work for you, or do you work solo?

I hire assistants on a per-event basis. I’m looking to expand to video now, to offer more full packages for people so that they can get all-in-one service.

So now, the big question: How has your business been affected by the coronavirus shutdown?

Very simply, I have actually rejuvenated my business.

Since the shutdown started, instead of working from the B&H office, I’ve been doing the live-chat from home. So I have some more time on my hands.

Early on in the shutdown, I got my first ever call for a wedding. I said, I have to jump on this.

It was a wedding with 40 people, in a backyard here in Queens. It was really nice, and it was decided on pretty much at the last minute. The client was familiar with my work, and I was available and very easily accessible because I had the time. I also hired an assistant for this event.

Then, for two or three weeks nothing was happening in the photography business. There were no events, and no one was spending money.

One Sunday morning, I was sitting with my wife, Rachelli. During the shutdown, she had this idea to sell challah to the neighbors, and has baruch Hashem been successful.

She inspired me. I was like, “You’re making the cash here; I need to get on board and make some money.” And then I came up with this idea of making photography accessible to people who are home anyway. They can never get that family shot because the kids are away in yeshivah, or they are working. Now everyone is home anyway. I’ll charge an affordable fee because it’s a 15-minute shoot. Rachelli is also a graphic designer, and she made me a nice advertisement.

And baruch Hashem I have been busy just every single day since, doing family portraits — I always wear a mask of course!

Right now, I’m doing better than I was before the shutdown.

In the past, you have sometimes hired assistants for events. Have you hired anyone for these house shoots during the shutdown, or have they all been solo gigs?

These shoots have been single, but if I’m asked to do a time slot that I’m already booked for, I’ll pass the job on to another photographer.

On the subject of backyard weddings: There is talk that maybe now there’s going to be a permanent move away from big affairs. Do you believe that this may happen?

I just got married last September. And I think that saving people money on the expense of weddings not only will help them and their family be able to put food on the table and pay tuition, but actually, I can say that the events that I’ve been to, the bar mitzvahs and weddings during corona, were actually more meaningful. It wasn’t about “How many people am I inviting?” but about “How can I connect to the people I am close to, and my family?”

In what way do you believe the photography business might change permanently, even after the shutdown ends?

Firstly, I think that people are going to find new creative ways to make money. And also, I believe that people who were there for customers at a time of need will ultimately be the ones who people call back for jobs even after things return to normal. Because we have not been trying to rip them off. I’m not charging a lot of money, because I want people to have nice pictures and be able to afford it and enjoy it. I think that people who are able to not capitalize on this loss but actually be there for people at a hard time, will eventually actually be able to grow in ways that they didn’t imagine, because they were able to service people in their time of need.

I’m doing well baruch Hashem, not because I am charging a lot, but because I came up with a creative way to help people.

Necessity is the mother of invention, right?

There you go! Exactly.

I think this shutdown can be a good impetus for everyone to get to fulfill their passion. If someone is starting out in photography, they can actually get some training and then learn on the job. I think [this] will actually impact frum photographers in a way that has never happened before. They don’t have to train for five years before they do a wedding. Customers’ expectations will be lower, and therefore more people can get involved, and people can actually start making money again.

It’s all about perspective. For me, it came down to how can I make the best of the situation I find myself in. That’s how business is: It’s finding a niche and finding the solution in the situation that you’re in. So my hope for everybody out there, any entrepreneurs who are younger than me — I started as a teenager — if you have an idea, go for it, because it will work b’ezras Hashem; there’s someone out there who needs it. You will find them. Just keep pushing.