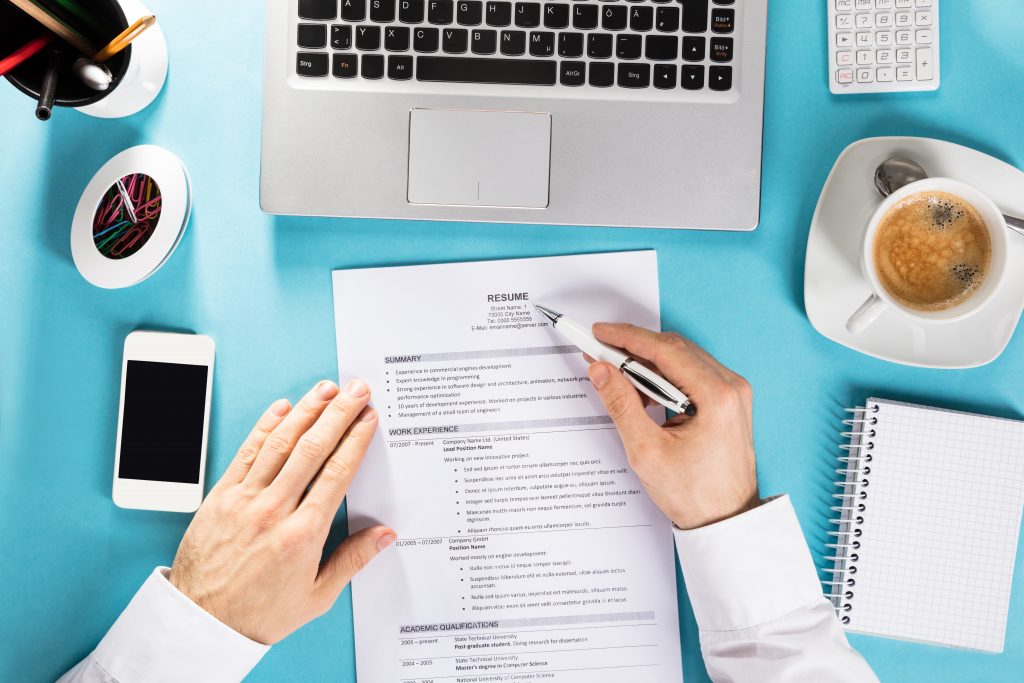 In this column, which began in late April, Hamodia spoke each week with someone from an affected industry, to gauge the shutdown’s effect on their business.

For this final installment, we gauge the job industry itself by speaking with Rachel Friedlander, 30, a résumé and business-plan writer based in Lakewood.

Tell us about your business.

I help people write résumés — both through an employment company I work for called The Business Engine and through my own company Write4U.

The Business Engine is a frum company servicing the tri-state area that connects employers with employees, mostly at the executive level. If a company hires someone we connect them with, the company pays us a fee — the employee pays nothing.

While I used to also work in that job-placement aspect of the company, now I focus on helping people write résumés.

I also have my own one-woman company, Write4U, through which I write résumés, as well as business plans for companies seeking to attract investors.

How much do you charge for writing a résumé, and how often do you get clients?

I charge $120 per résumé, including a cover letter if the client wants to use one. I write 12 to 15 résumés per month.

The pandemic really started hitting the New York and New Jersey area in March. How was your business affected?

Usually my busiest season is between Purim and Pesach. It’s around bein hazmanim time, so all the people who are thinking of going to work — the seminary girls who will need jobs for next year, the kollel yungeleit who have decided to look for a job — are starting to get their résumés in order.

But this year, between Purim and Pesach was really the period when the pandemic hit, and I got very few phone calls. And the few who did call were hesitant about whether it was the time to spend the money on a résumé. From mid-March until the end of April I did exactly two résumés.

Was this your worst six-week period ever?

Definitely. And usually those are my best six weeks of the year. I’d normally do more than two dozen résumés during that period.

Why do you think there were so few people looking to write a résumé then?

The seminary girls may have felt that if employers are hiring they’re going to hire and if not they’re not, and a nicer résumé wouldn’t make a difference — and their mothers were not ready to spend the money on the résumé.

Also, many résumés I do are for people who already have jobs and are thinking of leaving for a new career opportunity, but during such a scary time they weren’t confident enough to spend the money.

Generally, besides the bein hazmanim factor, do you get more clients looking to do résumés when unemployment is higher or when it is lower?

I get more clients when unemployment is lower. People are more confident to go out and look for a better job opportunity, whereas when jobs are harder to come by, fewer people come to me because they don’t think their chances of getting a job are that good.

When did things start picking up again for you?

About two weeks after Pesach.

But the economy was still shut then — we were not yet even in Phase 1 of reopening.

Right, but the seminary girls who had come home from Israel for Pesach realized they were not going to go back to Israel. So they started doing job résumés: some decided they wanted a part-time job right away, or a summer job; others wanted to get a head start on a job for September.

When it started picking up, was it a big surge, or did it start slowly at first?

It started slowly. In May, I did about 10 résumés — still lower than usual.

I was back to normal by the end of July. It’s as if corona is over, even though it’s not. August is always a quiet month for me, but this August is not any less than normal. If anything, it’s a bit more.

Yes, I do write business plans, though it’s a much smaller aspect of Write4U; most of my customers are for résumé writing.

Business plans are materials for company owners seeking to attract financing from investors or a bank: the company describes how it plans to grow, how it plans to market itself, how it will become profitable, and so on.

During the pandemic, the business plan writing dropped to zero. Eventually, I got one or two inquiries, but nothing that has actually materialized.

You don’t work in the job-recruitment aspect of The Business Engine. But did you hear anything, through the grapevine, about how the job-placement field was doing during the pandemic and how it is doing now?

Right, I don’t do recruiting officially, but, because I do résumés, at times I am aware of job openings and make suggestions.

Relatives and acquaintances sometimes reach out to me asking if I know of a job, because I tend to hear a lot of things through the grapevine. But during that time period before Pesach, it was quiet; there was no hiring going on. I had to tell everyone who asked me if I knew of a job opening, that I had no ideas for them. And on the other end, there were no companies whatsoever that told me they were looking for employees.

After Pesach, I did start getting some requests on both ends again. Some girls called me up saying, “I have an interview tomorrow; I need a résumé now.” In a typical month, I do no more than two “rush résumés” — which have to be ready the next day, and cost an extra $60. But at that time, when things started opening again somewhat, I got five rush résumé requests in one month. And that continued — in June, July, and August; I’ve been getting rush résumé requests at a rate of four or five a month — which means that people are all of a sudden saying, “I have an option, I need it now.”

By the way, since Pesach, three people who had hired me to write their résumé called me and said that they were successful in getting a job. That is nice. People are sounding hopeful again.

As far as you can tell, based on your experience with writing résumés and job placement, how would you say in general the job market is right now — both for employers looking for employees and vice versa?

I will say that now, as always, for people who are looking for jobs: If you’re more flexible, there are definitely opportunities. I know a lot of people who got entry-level jobs in medical billing and other office jobs. I don’t know if it’s the exact volume as usual, but I’ve seen that those kinds of people are not having a terribly hard time right now finding a job.

Can you put a number on it?

From what I’ve seen, and based on the responses I get from people I’ve written résumés for, I’d say the job market is about two-thirds of the way back from where it was during the depths of the pandemic.