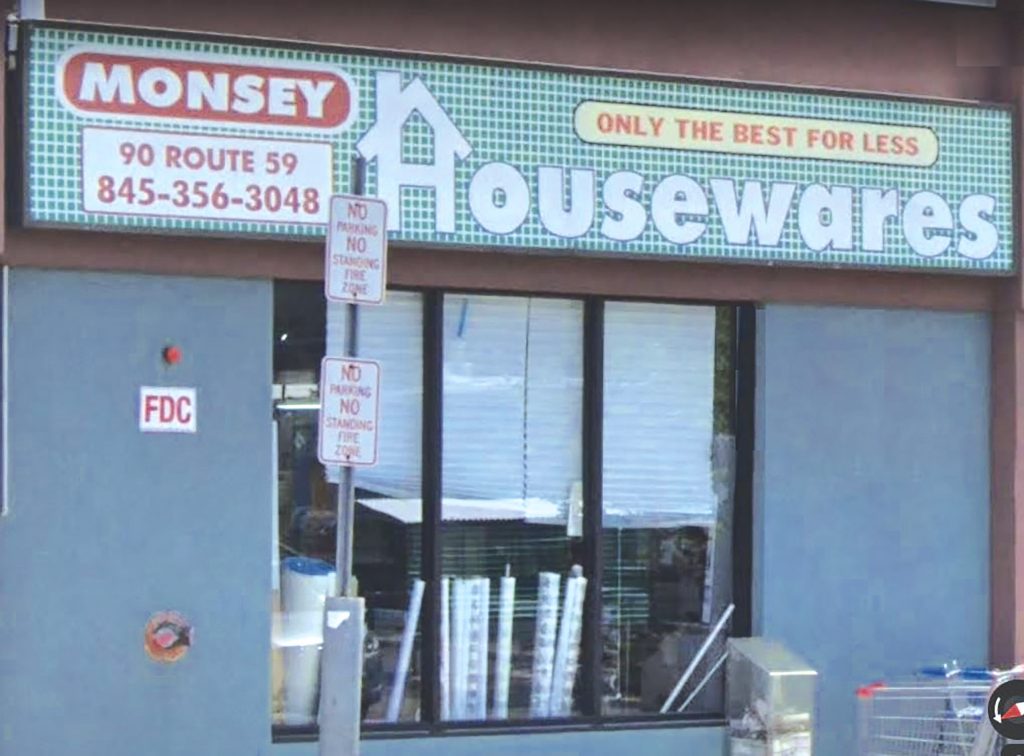 Getting Our Housewares in Order

In this column, Hamodia speaks with someone from an affected industry.

This week’s interviewee is Uri Nagel, manager of Monsey Housewares, a store founded by his parents in 1975.

What types of items does Monsey Housewares sell?

We sell housewares, school supplies, dishes, flatware, small appliances, hardware — you name it, whatever you can use in your house. We employ six full-time workers.

How was your business affected by the pandemic?

My main saleswoman who stands at the register contracted COVID-19 two and a half weeks before Pesach. Another worker also got sick. Two other workers decided they’d only work limited hours because they were afraid of being exposed to so many people. Also, before Pesach, we usually hire around four temporary workers. But during the pandemic, we couldn’t find anyone who wanted to take those jobs. So all we had were myself, two full-time workers, and two workers on limited hours.

Also, people who host Pesach usually have relatives over, so they buy large pots, and they buy new china as their guest list expands from previous years. But this year, the opposite was needed: Every young couple was making Pesach alone at home — and they’re not planning to do this for the next 10 years, because this was a temporary situation. So they’d just buy the least possible: the cheapest set of four flatware, two or three small pots, two knives. We weren’t geared toward that, and even when we tried getting that in, no one was prepared for it and there was a real shortage. The Farberware company is not shipping new pots until October. Usually for Pesach people don’t buy a Farberware set, because it comes with small pots. But this year, everyone was buying the small pots. So even a big manufacturer like Farberware just ran out of goods.

So you were stuck with big pots you couldn’t sell and didn’t have enough small pots that people wanted.

Exactly. And we are still having a hard time getting small pots.

Was your store ever shut, or were you always considered essential?

Since we sell hardware, we were considered essential. But we really followed rules.

Everyone lined up outside, with masks and social distancing, and we let in 15 people at a time — we figured that was an appropriate number so that people could still keep social distancing in our store, which has a retail section of 5,200 square feet.

Do you believe that the expanded government unemployment checks caused a difficulty in finding sufficient workers?

It definitely hurt us in that regard. I do believe that if those extra unemployment checks had not been available, there would have probably been a few people who said, “I’ll be brave and jump in and take a job.” But the extra unemployment funds were available, so there was nothing pushing them even to think of going to work in a public place.

Tell us a little more about the situation with the people lining up. Were there appointments, or were they just showing up and lining up all day?

They would just line up. There was usually a line of 20 or 30 people outside. Someone later told me that two weeks after Pesach, the Journal News [a newspaper covering the Lower Hudson Valley] had a picture of my store as an example of stores in Rockland County keeping proper social-distancing protocols. That was a nice kiddush Hashem.

New York is now in Phase 4. How exactly how are you operating now?

Are all six of your workers back now?

Yes, they are all back and all healthy, thank G-d.

Sleepaway camp was banned in New York this year. Has that affected your business?

There was a major reduction in sales of camp items like clip-on fans, laundry bags, and flashlights and camping chairs.

And we couldn’t get certain items in stock, so even if people had wanted to buy it, we wouldn’t have had it available. Like the set of three plastic drawers which many kids use in camp — the company that makes those, Sterilite, had shut its factory for eight or 10 weeks.

But there are more day camps open — are you selling more of those goods?

Yes; there are some items like swim bags that are needed just as much for day camps as sleepaway camps. Also, I sell oak tag for making posters, and we have sold much more this year than usual, because there are more backyard day camps in Monsey this year.

There is a nationwide shortage of coins during the pandemic. The U.S. Mint says that it’s because the shutdown of businesses has meant that coins aren’t flowing through the economy as they normally would be. Have you experienced this shortage?

I definitely had a problem a couple of times getting coins from the bank.

As a matter of fact, if you go to the bank for coins now, they’ll usually give you from what people deposited rather than from the Mint. You can tell it by the way it is packed that it’s done homemade rather than by machine.

I managed to get coins from some mosdos I know who have change from pushkes.

What about back-to-school items? How has the shutdown affected that?

I was looking for certain lead pencils I usually order, which Jewish students like to use. I called my salesman who represents a major distributor in the Midwest. He told me they’re not available. Because these major distributors that usually bring in a lot of stuff from the companies are not bringing in now, because they’re not sure that schools will open. They don’t want to spend millions of dollars on supplies that they will be unable to sell.

Are there any items that you have been selling more than usual during the pandemic, besides the oak tag and small pots?

Crayons were selling like crazy because the kids were home. I sell a certain white clothesline that people use for jump ropes, and that was selling a lot — there was a shortage of it, but I got some in. Markers and crayons and paper — anything that kids can do at home themselves to keep busy — have sold very nicely.

You mentioned the Sterilite drawers being unavailable. Did the shutdown of factories across the world affect any other products?

Yes. It actually started way back when Trump enacted tariffs on China, and these products started slowing. Then COVID hit China and the United States, and there’s a lot of stuff not available. And a lot of things that are available are for high prices.

What’s an example of a product you are having a hard time getting?

Some sizes of crockpots from Hamilton Beach, and certain kitchen utensils, like some types of ladles, mashers and spatulas.

This is all made in China?

Yes, but even stuff made in the United States — there was a time you couldn’t get any empty spray bottles, because even the ones that were made in the U.S., the small piece that they put into the sprayer was coming from China.

And some American factories were closed as well. It’s a whole chain reaction.

There was a time recently when you couldn’t get any thread in the U.S.

They say it’ll take at least another six months until everything is up and running normally.

I would like to thank Hashem for all the chassadim He did for us, health-wise, and that our store is up and running. And Hashem will help further.

I would also like to thank our customers for understanding our situation.