Prime What Now? A look at Lingering Questions About the Risks of COVID-19 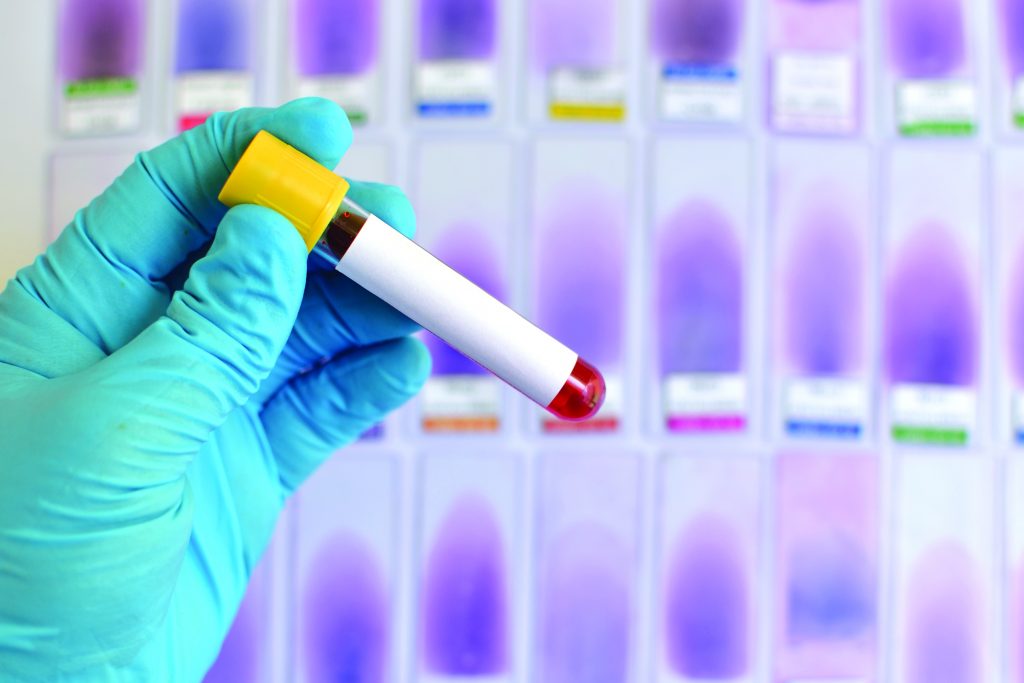 “I have antibodies; I took a test.”

“People are going about their business and no one is getting sick.”

Comments like these are heard with growing frequency of late. As the number of COVID-19 infections steadily dips and lockdown weariness rises, such statements are increasingly used as arguments to loosen — or jettison — the social distancing practices that have marked the last two and a half months.

As part of the universal nature of the pandemic and its effects, what were once matters of interest only to virologists, epidemiologists, public health experts and the like have become common topics of conversation, giving way to no shortage of homespun theories on the risks — or lack thereof — still posed by the epidemic. In the New York area’s Orthodox community, which experienced high levels of infection in the virus’ early stages but has seen a nearly complete decline in recent weeks, conjecture abounds in how to explain the sudden rise and drop-off, with varying levels of interest in how optimistic projections line up with experts’ looks at the evolving road map of the novel coronavirus.

Looks Can Be Deceiving

The memories of residents of major Orthodox centers are still fresh with the jarring reality that we faced in the weeks between Purim and Pesach, when infections were pervasive, and many led to hospitalization and to death.

This reality has led some to posit that infection was so widespread that the community’s present return to health derives from the quick attainment of “herd immunity,” the phenomenon of stymied transmission of an illness among a population that has already been largely exposed.

Dr. Elliot Frank, an infectious disease specialist, medical director at Jersey Shore University Medical Center and professor at Rutgers and Seton Hall Universities, has been in regular consultation with doctors serving the Lakewood community on the area’s COVID response. He said that despite the widespread number of cases, it is unlikely that herd immunity has been achieved.

“To get herd immunity you would first need to know that antibodies are protective,” he says. “Now, we assume that they are to some extent, but that is something that we still don’t really know. Second, you would need to have something between 85 and 90% of the population protected. In areas that have been very hard hit, the numbers have been closer to 25%, so I doubt that these communities would approach herd immunity.”

An additional unknown in the effort to calculate how prevalent immunity might be is whether many people in hard-hit areas experienced asymptomatic infections, and whether that would produce effective antibodies.

While the long-term effects of herd immunity are desirable, medical experts have said that the road (unless achieved by vaccination) is one that is too costly, and would have devastated any population that achieved it.

Sweden has simultaneously attracted criticism and praise for its controversial approach of resisting lockdown measures in a quest for such immunity. Yet two months into its risky experiment, its levels of per capita deaths far exceeded any of its neighbors, and surpassed even the United States, while studies showed that as of late April only 7.3% of Stockholm residents had antibodies.

Even so, certain realities in the Orthodox community, as well as in areas that experienced similar timelines with the virus, beg explanation. For most of the coronavirus period, the effective beating back of infections could most likely be attributed to highly restrictive social distancing measures. Yet as time goes on, COVID cases wane, and economic, social and religious needs push more people to break out of their shells, questions about what is stunting the virus’ return are reframed.

Rabbi Aaron E. Glatt, M.D., Chairman of Medicine and Hospital Epidemiologist at Mount Sinai South Nassau and Professor of Medicine at the Icahn School of Medicine at Mt. Sinai, has consulted widely with Jewish organizations and institutions since the onset of the crisis, acting as an early advocate for heightened awareness of the virus’ risks. He said that it is still too early to draw conclusions on what has kept Orthodox centers largely safe from a resurgence of infection.

“It might lend support to the idea that there is some sort of immunity in the community, but we don’t know that for a fact,” he said. “When you have a low level of cases in the community, even if there are some who are egregiously violating social distancing, it might not lead to complications so quickly.”

Dr. Naor Bar-Zeev, a pediatric infectious diseases physician and associate professor at Johns Hopkins Global Disease Epidemiology and Control program, has consulted with several Jewish communities on designing effective COVID-era protocols. He cautioned against using antibody tests or other assumptions as a guideline to move quickly away from social distancing practices.

“If the purpose of these assumptions were theoretical, then we could sit back and see what happens, but if they are practical, what if you’re wrong and this behavior causes a resurgence, which we know would normally happen on a significant lag?” he said. “It’s uncertain whether infection gives durable immunity, but even if it does, if an outbreak would chas v’shalom come back to our communities, that would leave the most medically vulnerable, who have taken the strongest measures until now, at even greater risk, because they are the ones who have had the least exposure to the virus.”

While some of the rapidly emerging scientific research on COVID immunity points toward positive signs, the newness of the virus leaves the best of research limited to its effects over the span of a few months, and leaves the rest to conjecture based on other similar viruses.

Several recent studies have suggested that infection leaves the body with antibodies that can recognize and fight off future infections. A lack of evidence that anybody has contracted COVID twice seems to add credence to this assumption, which would fit into a pattern of other coronaviruses. Still, as the virus has only been circulating among humans for less than half a year, it is impossible for studies to say much about how long-term this immunity might be.

Studies show that the virus has already mutated into several strains, perhaps explaining its varying severity and level of contagion. An important question that will only be answered with the passage of time is what this could mean for the possibility of reinfection.

“Viruses mutate, which can, but doesn’t always, mean that they do different things,” said Rabbi Glatt. “Sometimes they become more or less dangerous and sometimes it changes what antibodies can do to protect you. We know that you can get flu again, because there are different strains every year. Whether the antibodies people have now will protect them against a mutated version is something we don’t know the answer to.”

While the nation is beginning to breathe a sigh of relief that the pandemic seems to have turned a corner, experts warn that there will almost certainly be additional waves, most likely becoming more intense in the fall and winter months.

Some models paint a foreboding picture of this future outbreak, pointing to the deadly second wave of the 1918 flu epidemic, while others show that heightened preparedness and the possibility of some level of immunity might make it a far less traumatic and costly experience.

“I don’t think there’s any reason to suspect the second wave of infection will be worse, and I’m cautiously optimistic it will be better,” said Dr. Frank. “Any community would be an equal target, but we have much reason to suspect that many people will have some level of protection that will at least give them milder cases. I think a lot of what we learned about the lifesaving effects of social distancing will allow us to adapt more quickly, and we will have time to get ready to quickly test, trace and quarantine, which should help contain it.”

Rolling Forward, but Staying on Track

Even amid steadily improving indicators, the overwhelming majority of experts urge a slow and measured approach to releasing the societal “pause” to allow for observation of whether any step leads to a rise in the number of cases — as has already been seen in South Korea, Singapore and other countries.

“We’ve clearly seen that this behavior is what made a difference and saved lives, so it’s a little counterintuitive to say let’s just stop now,” said Dr. Bar-Zeev. “There needs to be a gradual return to normal, but it needs to be done in a very contained way that would keep the spread at a low level that contact tracers could keep up with, and that would allow us to quickly roll back if we see a serious rise.”

An additional wrinkle in some discussions regarding the reopening of schools, camps and daycare centers has been the emergence of a multisystem inflammatory condition affecting children similar to Kawasaki, and which many believe is related to COVID.

“It’s still likely to be rare, but rare conditions with such severe outcomes are still something to be worried about,” said Dr. Bar-Zeev. “It’s important to investigate it, and if a link is found it changes the nature of some of the decisions being made. In general, we might not know so much about the spread of COVID among children because a lot of our data is from when schools were already closed. We don’t really know what it will look like with children sitting in a classroom together or jumping on each other in the playground.”

Rabbi Glatt said that the combination of untested medical theories, the effectiveness of social distancing, and the Orthodox community’s past experiences with the virus should guide it to a cautious approach.

“We need to remember that COVID disproportionately hit the frum community, both in infections and deaths. I’m not saying we need to keep the same draconian measures, but we need to be careful,” he said. “I think there are too many people walking around right now with a false sense of security. I hope that they’re right, but by the time we find out they’re not, it might be too late, so it’s not the time to ignore the things we can do to protect ourselves.”