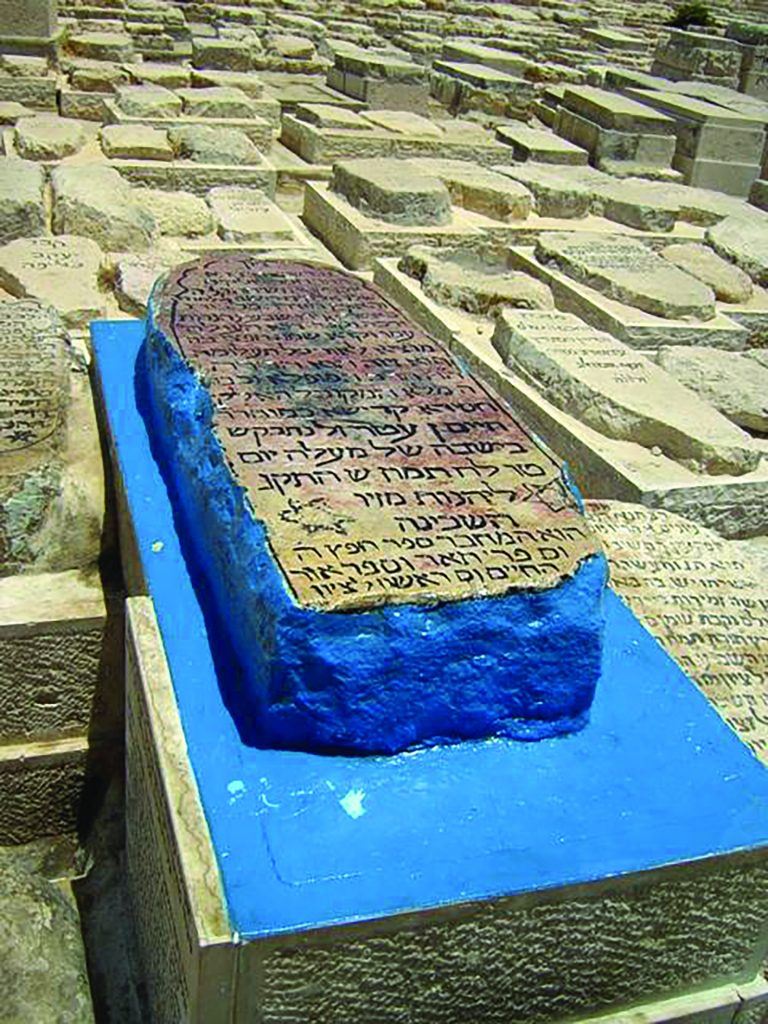 It is an old debate whether a man is shaped by his times or a man shapes the times he lives in. But it is only relevant to those few individuals whose impact on their era leaves an indelible historical mark.

In 1732 a British citizen was born in Virginia whose life would certainly change the course of history. His name was George Washington. The American Revolution in which he played a leading role would shake the entire world of the 18th century. It would set the stage for the French Revolution 13 years later. It would be a century in which many revolutions would occur.

For Klal Yisrael, the 1700s would see other leaders, lehavdil, who would bring about change and leave their mark, not on battlefields or in parliaments but in the world of ruchniyus. Far away in Europe, the Baal Shem Tov was born. His revolution would be more profound and far-reaching than one could ever imagine.

Around the same time, on yet another continent, Africa, another Torah leader was born whose impact on the Jewish world would be enormous. His influence would reach beyond the city and country of his birth, would touch every part of Klal Yisrael, and would reverberate to this very day.

In 5456/1696 in the town of Salé on Morocco’s Atlantic coast, Rabbi Chaim Ibn Attar, the Ohr Hachaim Hakadosh, was born. The name Salé in Arabic means “the place the sun sets.” Its full title is al-Mamlakah al-Maghribiyyah — the Kingdom of the West.

Morocco had first become unified under the Alaouite Dynasty (which rules to this day) in 1666. Salé was the center of the infamous Barbary pirates who attacked European ships and sold their passengers and crews into slavery.

The Attar family (The name Ben Attar means spices or spice seller) lived in perilous times and in a dangerous place. They had arrived in Morocco after the expulsion from Spain.

The Ohr Hachaim’s grandfather, also called Chaim, was one of the leading chachamim of Salé and its Rosh Yeshivah. His son, Moshe, followed in his father’s footsteps; his grandson and namesake was destined to climb his grandfather’s path too, and reach even greater heights than those who preceded him.

Danger soon engulfed the Attar family. The local vizier persecuted and oppressed the city’s Jews, and young Chaim, who had already shown prodigious ability in Torah by the age of 9, was forced to flee with his family to nearby Meknes, finding refuge with relatives.

Later a shidduch was arranged between the Ohr Hachaim and his cousin Fatzonia. The marriage was not blessed with children and Fatzonia encouraged her husband to marry a second wife, Esther.

In 5485/1725, shortly after the passing of his father-in-law, the Ohr Hachaim felt it was safe to return to Salé.

The story of an event that occurred there has an intriguing connection to one of his most famous insights in his commentary on Chumash, one that subsequently intrigued baalei hashkafah and filled pages of their sefarim:

The commentary is regarding the story of Reuven stopping his brothers from killing Yosef for crimes they believed merited execution. Reuven “saved him from their hands” and persuaded them instead to throw him into a pit. The passuk says the pit was “empty, containing no water.” Rashi comments that it was empty only of water, but was full of scorpions and snakes.

The Ohr Hachaim Hakadosh explains Reuven’s actions: “Human beings have freedom of choice and are able to kill someone who is not in fact chayav misah (does not deserve the death penalty).” In other words, if they had killed Yosef that would not be proof that he deserved to die. But this is not the case if a wild animal kills a man, since an animal has no bechirah. When Reuven “saved him from their hands,” it means he saved Yosef from their bechirah.

Now the story: The governor of Salé was marrying off his daughter. His entire family bought expensive clothing and sent them to the Ohr Hachaim, who was a goldsmith. He was ordered to weave gold threads into the material. The Ohr Hachaim Hakadosh demurred, explaining that “every month I work just enough to earn my livelihood, and the rest of the time I devote to Torah study. This month I have already earned enough money.”

When the governor learned of Rav Chaim’s refusal to perform the work, he took steps to avenge what he saw as a personal insult.

He ordered that the lions he kept in his palace be starved. He then dispatched soldiers to take Rav Chaim from his home and throw him into the lion’s den. The Ohr Hachaim sat down among the lions and recited Tehillim. The hungry animals sat around him, ignoring their hunger pangs and the governor’s “suggestion” of what would remove them.

As the Ohr Hachaim had written, a wild animal kills a man only if the victim is sentenced to die by Heaven’s decree. No such decree had been issued.

Facing ongoing danger and persecution, the Ohr Hachaim decided to move to Eretz Hakodesh. In 5499/1739, at age 43, he set out with his family and two talmidim. They traveled from the Kingdom of the West across North Africa to Algeria. From there they sailed to Livorno in Italy.

The Ohr Hachaim’s arrival in Italy was met with great enthusiasm, and he was persuaded to spend two years there teaching Torah. Though he had arrived penniless, he was able to earn enough for his family and talmidim to undertake the next stage of the their journey. Benefactors also provided for the publication of his great commentary on Chumash in Venice. From the date of its publication in 1742, it has been studied and found universal acceptance and admiration.

That admiration was particularly intense among the followers of the spiritual revolution that was occurring at that time throughout Europe.

The Rebbe Reb Pinchas of Koretz said, “Sefer Ohr Hachaim protects the home, and learning it has the same effect on the neshamah as learning the Zohar.”

Those words were echoed by the Yesod Haavodah of Slonim and the Admor Harav Yisrael of Ruzhin.

The Ohr Hachaim’s arrival and entry to Yerushalayim was dddelayed due to an epidemic in the city. Settling instead in Akko, he set up his yeshivah, teaching Gemara in the derech of the Rambam. On 15 Elul 5502/1742 Rav Chaim ben Attar entered Yerushalayim at last but sadly, was niftar less than a year later.

It is related that during Shalosh Seudas, the Baal Shem Tov sensed that Rav Chaim Ben Attar had passed away, and before it was possible for anyone in Europe to know of this tragic news, the Besh”t exclaimed, “The light from the West has been extinguished!”

On the passuk “And Moshe the servant of Hashem died there in the Land of Moav by the word of Hashem,” the Ohr Hachaim writes:

“He died there, but only there. He lives on in another holy and sublime place by the word of Hashem.”

The Ohr Hachaim lives on through his powerful and penetrating peirush, studied and quoted throughout the world in shuls, yeshivos, schools and homes. It appears in the Mikra’os Gedolos, where his words are printed below the words of Hashem.