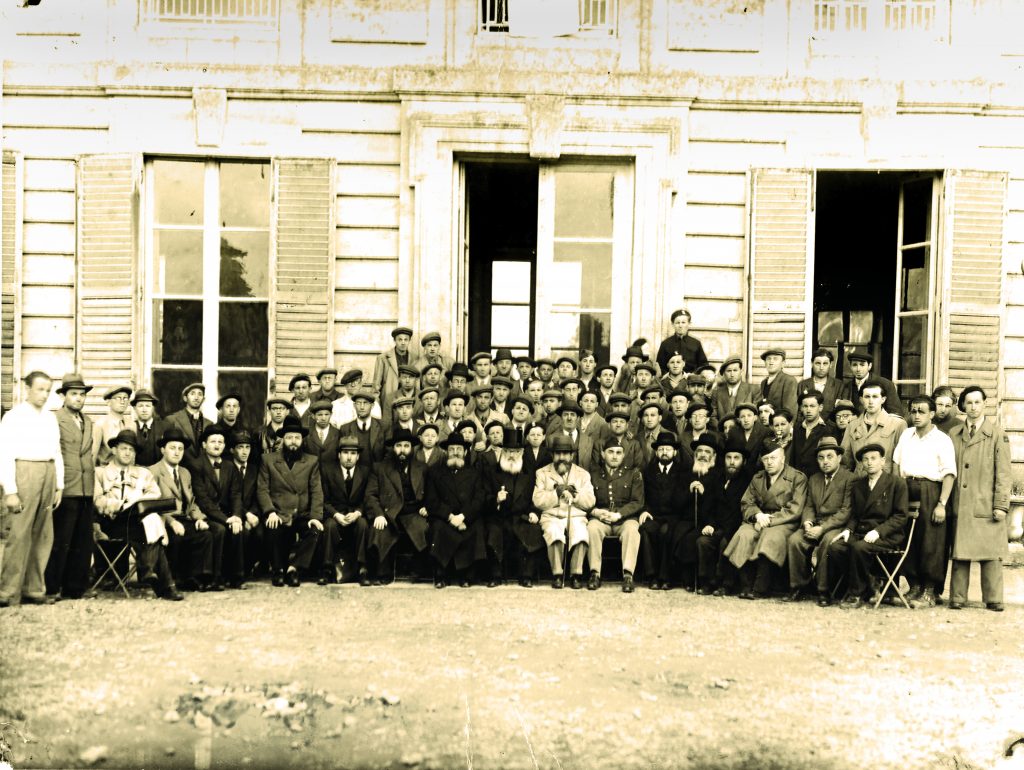 They were a nation of survivors, one from a city, two from a family, in small clusters here and there throughout Poland and Eastern Europe. They tried to shake off the dirt and ashes, and, infused with strength and spirit, made every effort to return to normal and Jewish lives, as they had been accustomed to before the onset of the turmoil.

Communities were organized in various cities, headed by Rabbanim and askanim, comprised primarily of the residents of that city and its surroundings who had survived the war. They returned to their homes, hoping to find a relative, or some solace. Their dream was to restore some semblance of their homes as they remembered them.

If the poor refugees thought that times of tranquility were upon them, they were met with the bitter reality of pogroms and hatred by the Poles, most of whom were not at all pleased to see Jews returning from the death camps alive and well, demanding back their homes and businesses. The Poles assumed that they were the permanent heirs of the Jewish assets and had no interest in giving them back. Toward this end, they saw themselves as free to carry out any heinous act, including murder, in order to prevent the Jews from reestablishing their lives in the land where they had lived for one thousand years.

The Jews realized that they had to leave quickly, and that Poland would never be for them what it had been in the past.

And that is when they had to face the overarching question: Where should they go?

America was very stingy with its visas; Britain also did not open its doors. Eretz Yisrael, promised to Am Yisrael, and sought to be the homeland of the Jewish nation, did not issue certificates in large numbers either.

The only country that opened its doors to refugees and allowed them to return to full Jewish lives, with all the facilities that a community requires, was France. During the war, its government had collaborated with the Nazis and their allies. France was liberated by the Allied powers already in Elul of 5704/1944, and although it had been occupied by the Nazis, of the more than 300,000 Jews living there before the war, most survived. The infrastructure to renew Jewish lives was quickly organized by the Vaad Harabbanim Hachareidim of France, established in the middle of the winter of 5705/1945.

A few days before Pesach: Hundreds of Jews from Poland had made their decision to leave, and were heading for France with everything they owned, not knowing ahead of time where they would be able to rest their dizzy heads and battered bones.

At the time, the askanim of the Vaad Hatzolah were in France. They were headed by Harav Chizkiyahu Yosef Mishkovsky, Reb Binyamin Mintz, chairman of the Poalei Agudas Yisrael movement in Eretz Yisrael; Rabbi Moshe Leibel; Reb Moshe Enright, hatzalah askan and one of the heads of Poalei Agudas Yisrael in America; Reb Yitzchak and Mrs. Recha Sternbuch, and author Reb Hillel Seidman.

When they heard that refugees were on the way, they met urgently to come up with a practical plan for where to place them.

They had an offer to purchase a spacious castle with several accompanying buildings and a large piece of land in the village of Hénonville, some 50 kilometers outside Paris. It seemed to be a suitable place for refugees for the length of time they would spend in France — which, it seemed then, would be considerable. There was enough room to house everyone, develop a community life, begin rehabilitation, and then, to facilitate their move to Eretz Yisrael.

The place was especially suitable for organizing illegal immigration to Eretz Yisrael because it evaded the eagle eye of the British spy services, constantly on the lookout for Jews trying to organize such a thing.

Because money to purchase this property was not readily available, Reb Moshe Enright paid the down payment out of his own pocket so that the contract could be signed.

The site was purchased, and for the first time in years, hundreds of Yidden celebrated the Seder night in freedom, with indescribable emotion. The Seder was led by Harav Chizkiyahu Yosef Mishkovsky, Reb Binyamin Mintz and Reb Moshe Enright.

The castle had four stories and round towers with turrets on each side. In the center of the ground floor was a spacious hall designated as a beis medrash for davening and learning. On each side was an entrance to a huge, elegant banquet hall; the two halls served as dining rooms, one for men and one for women. In the basement, a massive kitchen was set up, equipped with a dumbwaiter to bring the food to the ground floor. The three upper floors, with their dozens of rooms, served as housing for the refugees.

On either side of the castle were additional buildings, also used for housing. One building was for bachurim, the other for girls. Behind the castle were expansive fields, with fertile areas ideal for gardens and orchards. There was also a large lake.

For the next two-and-a-half years, the place became home to thousands of refugees, and a bastion of hatzalah for them in both the spiritual and material sense. Some lived there for a long time, others for shorter terms, continuing on, usually to Eretz Yisrael. The upkeep was funded by the Joint.

Harav Shlomo Zalman Horowitz, zt”l, the Potiker Rav, served as the Rav of the kibbutz; he arrived with that first group of refugees on Erev Pesach.

There were organized minyanim for tefillah, Torah shiurim for adults and special programs for children.

The ORT organization offered courses in various skills. The men learned agriculture, carpentry and shoe-making, while the women learned how to sew and embroider.

The kibbutz became a place where refugees could find genuine concern and caring for their welfare; this was especially the case with the young men and women who remained alone in the world. The Mara d’Asra, Rav Shlomo Zalman, and his Rebbetzin, a”h, cared for them with much warmth and became parents and teachers to them. They worried about shidduchim and served as the mechutanim, accompanying the young couples on their first steps in married life. Many beautiful families were started on this kibbutz.

Hundreds of refugees from the Lithuanian yeshivos from Shanghai also arrived at the kibbutz. Until they were able to find a suitable place for themselves, the administration of the kibbutz gave them one of the buildings to use. During this time, Harav Mordechai Pogromansky, zt”l, came to deliver shmuessen.

A mikveh was constructed at the site and served all the residents of the greater area.

Before Pesach, a matzah bakery was organized, and Rebbes and Rabbanim came from Paris to the kibbutz to bake matzos.

The kibbutz functioned at full capacity until the establishment of the State of Israel, at which time almost all its residents immigrated to Eretz Yisrael.

Readers who have more information about these photos or about Hénonville should please contact aworldthatwas@hamodia.com

Credits: Yeshiva University Archives, Maurice Enright Papers; and collection of Reb Binyamin Mintz, z”l, leader of Poalei Agudas Yisrael and a chief activist of the Rescue Committee during the Holocaust