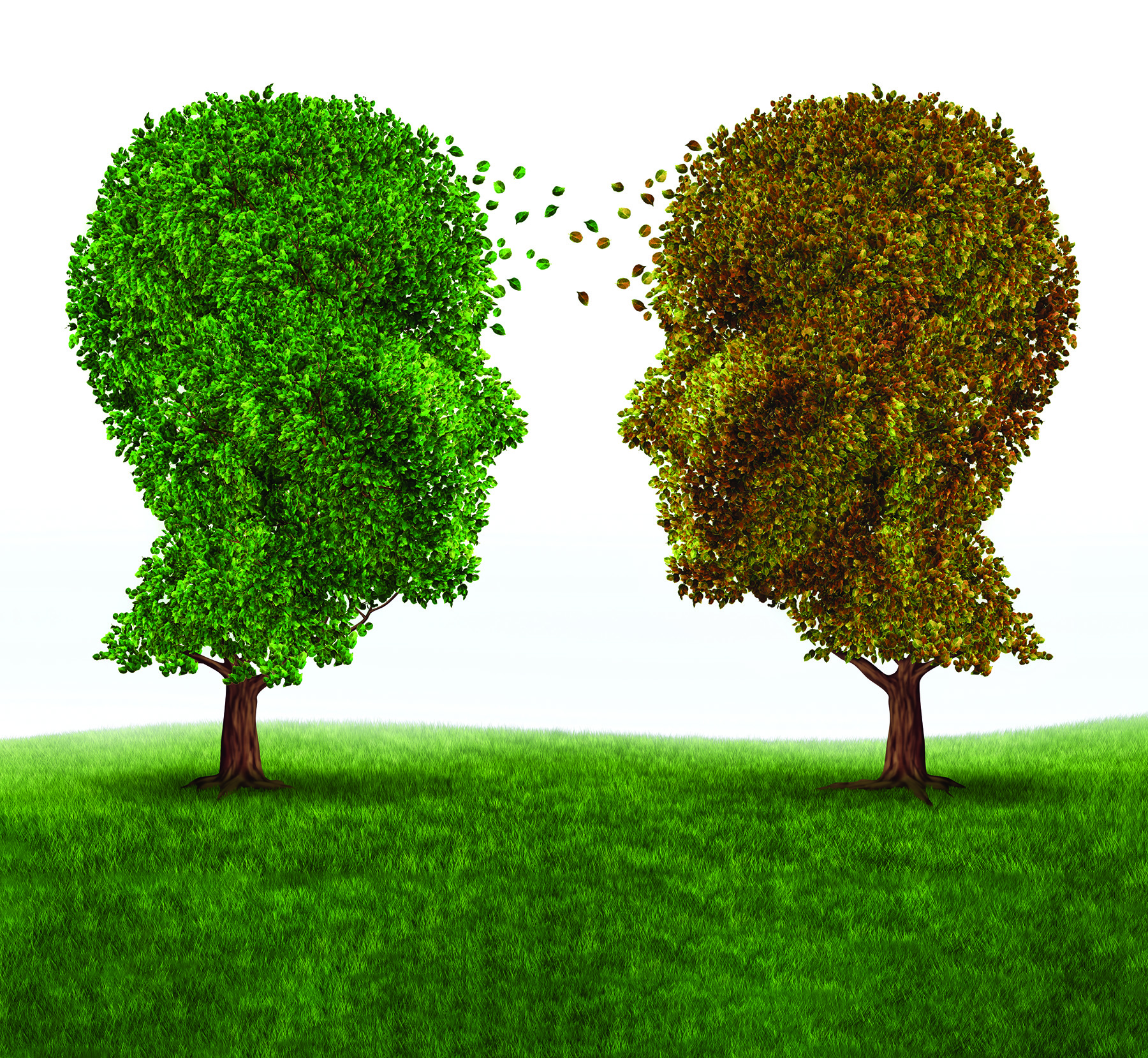 When I was younger, I idolized my older brother, who is two and half years older than I. He was my absolute hero. I remember playing Rebbe and Chassid with him. Of course, Nussi* was always the Rebbe and I, the Chassid. He would wear one of my father’s old hats and jackets, and while standing on a crate in the backyard he would repeat word for word the Rebbe’s last shmues (address). I would be the one holding the kos in my hand, waiting to hear the “Rebbe’s” brachah, so I could answer amen and finally drink the water in my cup.

I know that for some people in my position, my brother’s gift may have caused severe sibling rivalry, or, at the very least, envy. But I can honestly say that I never harbored negative feelings about it.

Maybe it was because my parents accepted us both for who we were and never tried to mold me to be more like my older brother. They understood our strengths and weaknesses and encouraged us to be the best we could be, irrespective of the other’s accomplishments. And maybe because he was so brilliant that I knew that the gap between us was so big that it would be impossible for me to ever achieve his greatness. Whatever it was, I adored him.

Though my brother was smart, he was very short for his age, and in our neighborhood things could be rough. I always leaped to his defense, making sure no one harmed him.

We were an interesting pair. Had we not been brothers, we probably would have had nothing to do with each other. But since we were brothers, we became very close.

My brother never made me feel inferior to him, though I knew I was in many ways. Certain things that came naturally to him, like learning Torah and excelling in school, were quite difficult for me. My brother could sit for hours learning. He loved learning and remembered everything. For me learning was a struggle and I couldn’t wait to run home and play with my friends. Yet, despite my negative feelings toward learning, I respected my brother for his hasmadah, his diligence in learning. It was an odd thing, but even with my failures, I never resented it.

As we grew older I continued on in what people would probably describe as the typical path for someone with my propensities. I moved from yeshivah to yeshivah as my parents tried to find the best place for me. A place where they would try to help me with my learning issues and struggles to succeed.

Back then, the choices were a bit more limited; the frum schools dealing with those issues weren’t as advanced as they are now. Unfortunately, in these type of places the crowds are often not the best and can do more damage than good. My friends weren’t the best positive influence on me and I got into trouble.

My brother and I were polar opposites. Yet, throughout, we still maintained a strong relationship. We accepted each other for who we were and I revered my brother for his accomplishments while never expecting the same for myself.

Things changed when I was around 14 and my brother 16. I remember traveling home on the subway with my friends after a late night when a random thought passed through my mind, and until today I don’t know what prompted it. I like to attribute it to my mother’s heartfelt tefillos, because all through the years she never gave up on me.

In any case, on the train I started thinking about what would become of me. Was this what my life was going to be like? Going to some yeshivah with other guys who could care less about what they were doing and just hanging out? I could barely read properly from a siddur, forget about a daf of Gemara. I was already 14 years old, and what did I have to show for myself? I resolved that the next day I would speak to my mother about my options.

And the rest, as they say, is history.

I won’t deny that it was a very tough struggle and there were plenty of times that I wanted to give up, but my small successes motivated me to continue. The next morning, I told my mother that I had to find a “normal” yeshivah to attend the next year. The small yeshivos were not helping me, and I wanted to go to a place that could really help me.

I guess this is the first step in any recovery — admitting that you have a problem. Yet, the road to recovery can be quite challenging.

It wasn’t easy finding a place to accept me, as I hadn’t really learned much in the previous few years and my academic level was low. The one thing that I had going for me was motivation, and I was honest with myself. I was willing to join a special class (a Ptach program) with the hope of eventually being mainstreamed into the regular program. This wasn’t actually a yeshivah program that suited me just fine, especially since I would have failed in the regular program.

Over the next four years I built myself up from scratch. I had to learn to read Hebrew again starting with Chumash and Rashi, and then I graduated to Gemara. I remember practicing my reading by saying the daily Tehillim, which took me around an hour to complete. But I stayed with it.

You might want to know what motivated me. What pushed me to not give up was the image of my older brother. Not because I thought I could be like him. I knew that was completely out of my grasp. But seeing how happy his learning made him inspired me to want to taste that too. I wanted to experience what it meant to enjoy learning.

While I was going through this period of growth and struggling for success, my brother was also experiencing some changes. We had parted ways when my brother went away to yeshivah, and I saw him only on the occasional Shabbos and Yamim Tovim. And most of that time he was in the beis medrash learning.

Until one winter zman when he came down with mono. Mono can be a very debilitating illness for anyone, but for my brother it was life-changing. He came home to recuperate and tried his best to learn whenever he felt up to it. But the illness hit him hard, and it took him a good few months to recover.

When he finally went back to yeshivah after several months, he had a farher and didn’t do very well. Now, most of us would be fine with second best, given all the mitigating factors, and even second best in the entire yeshivah is an accomplishment. Yet, for Nussi, always used to taking first place, this was devastating.

Things went downhill from there. We all face challenges and make choices. We can never judge anyone until we stand in his place, and to this day, I don’t know why Nussi did what he did, but he decided to leave yeshivah. He came home, and things were never the same again. While I was making strides and growing in my avodas Hashem, Nussi went through a transformation. He became someone I did not recognize.

When I graduated high school and was accepted into a yeshivah gedolah, some people advised me not to go, saying that college would probably be better for me. But a teacher from my high school gave me some good advice: I was young. Why not stay in a yeshivah for one or two years; if it didn’t work out, I could always go to college. I took that teacher’s advice and I am forever grateful to him, as I have been in full-time learning ever since. I wonder who I’d have become had I had gone to college.

Nevertheless, when I made up my mind to remain in yeshivah, something changed in my relationship with Nussi. I guess he could no longer contain his feelings.Anyone who knew us knew that I’d never been interested in learning; Nussi was always the one found in the beis medrash.

Nussi lashed out at me in a way he’d never done before. He said things I’d never heard him say, especially to me. I knew even at the time that it was coming from jealousy; he was envious that I had been able to put my life together while he had failed miserably, but my learning in yeshivah changed our relationship forever.

I realized that I could not look up to Nussi anymore. He was no longer using the tools Hashem had given him. I knew that Nussi was a hundred times smarter than I, that Hashem had given him an exceptional gift. If only I had what he had, I’d be much more advanced in my learning. I didn’t understand how he could throw it all away, but he did.

I would love to say that Nussi overcame his challenges and became the next Gadol Hador, or even a contributing member to society. Yet to this day, the mention of Nussi’s name in my family brings much pain, not only for what he could have been, but for what he ultimately became.

The one thing I have learned through all of this is that we never know what life may bring. Each neshamah is special, and we ought never to give up on a child. One can either turn his life around or throw it away. We need to invest equally in all our children, as each child has the potential to be the best he or she can be. And above all, we should never stop davening … as it’s all in the Hands of the One Above. n