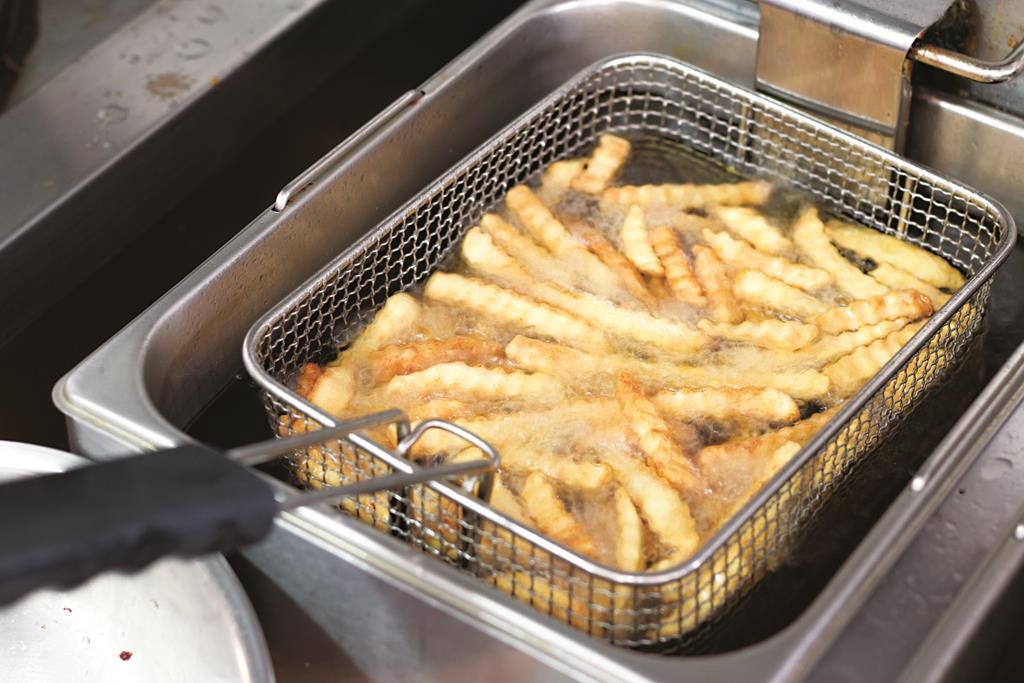 Artificial trans fat is about to become much more scarce in the U.S. food supply now that the Food and Drug Administration has determined that its main source, partially hydrogenated oils, are not safe for human consumption.

Here’s what you need to know:

Q: What is trans fat?

A: Trans fat occurs naturally in meat and dairy products, but artificial trans fat in processed foods can pose significant risks to human health, according to the FDA.

Artificial trans fat in the form of partially hydrogenated oils has been added to food since the 1950s as a cheap way to extend shelf life. It’s commonly used in products such as ready-made frosting, microwave popcorn, frozen pizzas and pie crusts, non-dairy coffee creamer and margarine.

Q: Why is trans fat bad for you?

A: Trans fat is the most dangerous kind of fat, according to the Center for Science in the Public Interest, a consumer advocacy group. It can stiffen your arteries and increase so-called “bad” cholesterol in your blood, raising the risk of heart disease.

Scientists have been aware of the threat for years: A Harvard School of Public Health study in the mid-1990s estimated that trans fat caused 50,000 premature heart-attack deaths annually.

Q: When does the ban take effect?

A: Food manufacturers will have until June 18, 2018, to rid their products of partially hydrogenated oils or petition the FDA to allow their use in specific circumstances approved by the agency.

In order to receive FDA approval, the manufacturers must demonstrate that their use of partially hydrogenated oils will have “a reasonable certainty” of causing no harm to consumers.

Q: Does this mean food products in the U.S. no longer will contain trans fat?

A: Not necessarily. The Grocery Manufacturers Association, which represents major food companies such as Kraft and Campbell Soup, already has indicated it intends to seek approval from the FDA for low-level use of partially hydrogenated oils.

The association said in a statement that its petition will show that low-level uses of partially hydrogenated oils are “as safe as the naturally occurring trans fat present in the normal diet.”

Q: It’s not 2018 yet. How do I know if my food contains artificial trans fat?

A: The FDA implemented a rule in 2006 that required all manufacturers to note the amount of trans fat in food products on the Nutrition Facts labels. Since then, many manufacturers and restaurants voluntarily reduced or eliminated the use of trans fat.

You can also use tools such as the Environmental Working Group’s Food Scores database, which identifies the presence of trans fat in popular store brands, and the Center for Science in the Public Interest’s Pinterest board, which is dedicated to identifying products that use artificial trans fat.

Q: What other potentially unsafe additives might be in our food supply?

A: A loophole in federal law allows anything categorized as “generally thought to be safe” to be added to food without going through the normal FDA review and approval process.

Trans fat will no longer fall into that category, but the Natural Resources Defense Council has identified 275 chemicals from 56 companies that appear to be marketed for use in food based on undisclosed safety determinations.

But the next big regulatory battle could come over sodium.

The average American consumes about a teaspoon and a half of salt a day, although health guidelines recommend about a teaspoon, said Jim O’Hara, director of health promotion policy at the Center for Science in the Public Interest.

“It’s not because you and I are turning the salt shaker over and shaking it in our food,” O’Hara said. “Eighty percent of the sodium we consume comes from processed food and restaurant food.”

The Institute of Medicine has suggested that FDA should revisit the status of sodium as “generally recognized as safe” in order to reduce sodium in the food supply.