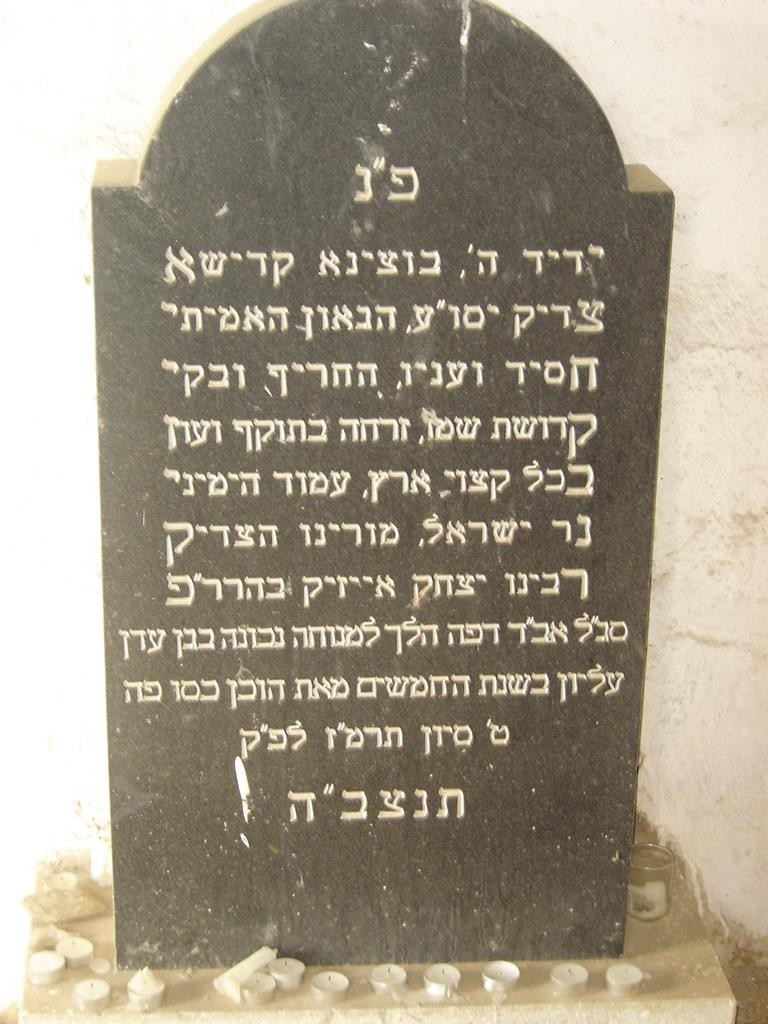 5444/1684, Harav Moshe Rivkas, zt”l, mechaber of Be’er Hagolah on Shulchan Aruch. (According to another opinion, his yahrtzeit is 13 Tammuz.)

Harav Yitzchak Isaac Halevi Bilitzer was born in 5561/1801 in Unsdorf. His parents were Harav Pinchas and Rochel Bilitzer.

Harav Pinchas, besides being a talmid chacham, was an important askan in Unsdorf, highly respected by both Jew and gentile. His rebbetzin was the daughter of Harav Uri Lipman Frankel, son of Harav Eliezer Frankel, who was a brother of Harav Baruch Frankel of Leipnik, the Baruch Taam.

He then moved to Nagyida, a small town near Kashau in Slovakia, where he taught Torah to the local boys.

When the Rav of Nagyida, Harav Meshulam Lieberman, zt”l, was niftar in 5597/1837, Harav Yitzchak Isaac was chosen to replace him. He remained Rav in Nagyida for the next 50 years, until his petirah in 5647/1887.

While caring for the concerns of the town’s inhabitants, Harav Yitzchak Isaac maintained a rigorous learning schedule. He left behind numerous manuscripts of chiddushei Torah, some of which were published after his petirah (in Be’er Yitzchak) through the efforts of his successor as Rav in Nagyida, his granddaughter’s husband, Harav Tzvi Reichman, zt”l.

Harav Yitzchak Isaac was niftar on 9 Sivan 5647/1887, at the age of 86. He was buried in Nagyida. Throngs of people, knowing of his tzidkus, would go and daven at his kever on his yahrtzeit.

His successor as Rav in Nagyida, Harav Tzvi Reichman, was later buried next to him. Zechuso yagen aleinu.

In 1933, the Chicago World’s Fair, celebrating “A Century of Progress,” officially opened.

In 1936, the Cunard liner RMS Queen Mary left England on its maiden voyage to New York.

In 1941, the British Royal Navy sank the German battleship Bismarck off France, with a loss of some 2,000 lives, three days after the Bismarck sank the HMS Hood.

In 1962, a dump fire in Centralia, Pennsylvania, ignited a blaze in underground coal deposits that continues to burn to this day.