In 5414/1654, this date marked the end of a three-month grace period given by the Portuguese to the Jews of Brazil, who were under a decree to leave the country. Those who remained after this deadline were handed over to the infamous Inquisition. 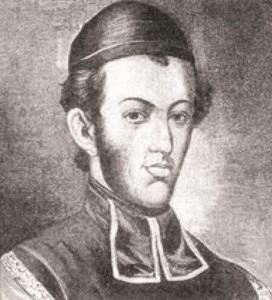 Harav Yitzchak Bernays was born in 5552/1792 in Mainz, Germany. His father was Harav Yaakov.

The young Yitzchak learned under Harav Yitzchak Metz and was considered an iluy; at the age of seven he was fluent in all of maseches Bava Kamma. Harav Noach Chaim Tzvi Berlin tested him and bestowed upon the child the title “Chaver.”

Later, Rav Yitzchak went to the yeshivah of Harav Avraham Bing in Wurzburg. There he forged close ties with Harav Yaakov Ettlinger, future mechaber of Aruch La’Ner, and together they grew and excelled in Torah, complementing one another.

In 5581/1821, Rav Yitzchak was appointed Rav of the community of Hamburg. In his drashos he railed against the Reform movement. When a “siddur” in the German language was published, Rav Yitzchak issued an issur against it, saying that whoever used it did not fulfill his obligation of tefillah.

Rav Yitzchak made sure that Torah studies in the local schools were on a high standard. Harav Samson Raphael Hirsch and Harav Ezriel Hildesheimer were both talmidim of Rav Yitzchak in Hamburg.

In 1788, Maryland became the seventh state to ratify the Constitution of the United States.

In 1789, there was a mutiny on the HMS Bounty as rebelling crew members of the British ship, led by Fletcher Christian, set the captain, William Bligh, and 18 others adrift in a launch in the South Pacific. Bligh and most of the men with him reached Timor in 47 days.

In 1817, the United States and Britain signed the Rush-Bagot Treaty, which limited the number of naval vessels allowed in the Great Lakes.

In 1925, the International Exposition of Modern Industrial and Decorative Arts, which gave rise to the term “Art Deco,” began a six-month run in Paris.

In 1952, war with Japan officially ended as a treaty signed in San Francisco the year before took effect. Gen. Dwight D. Eisenhower resigned as Supreme Allied commander in Europe; he was succeeded by Gen. Matthew B. Ridgway.

In 1965, President Lyndon B. Johnson ordered U.S. Marines to the Dominican Republic to protect American citizens and interests in the face of a civil war.