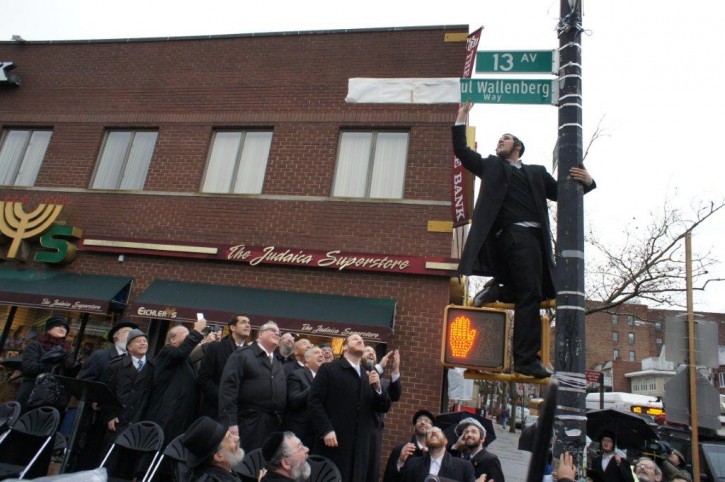 Many tzaddikim attested to the great kedushah and taharah of Reb Yitzchak Kaluscher. Reb Yitzchak would sit in the beis medrash all day, wrapped in his tallis and tefillin, learning and davening with great fervor. He was also known as a tremendous baal chessed and for his hospitality.

Reb Yitzchak was a devoted talmid and chassid of his father. He was also a talmid of Harav Moshe Leib of Sassov, who was very fond of this talmid, and shared with him great sodos haTorah.

Reb Yitzchak became Rav in Kalusch after his uncle Harav David of Kalusch was niftar. He served there as a Rebbe for chassidim, as well.

In his later years he became gravely ill. While his household and chassidim were worried and pained, he remained extremely calm as he prepared himself for his journey to the Olam Haemes.

In 1893, Hawaii’s monarchy was overthrown as a group of businessmen and sugar planters forced Queen Lili’uokalani to abdicate.

In 1917, the United States paid Denmark $25 million for the Virgin Islands.

Swedish diplomat Raoul Wallenberg, credited with saving tens of thousands of Jews, disappeared in Hungary while in Soviet custody.

In 1946, the U.N. Security Council held its first session.

In 1950, the Great Brink’s Robbery took place as seven masked men held up a Brink’s garage in Boston, stealing $1.2 million in cash and $1.5 million in checks and money orders. Although the entire gang was caught, only part of the loot was recovered.

In 1961, President Dwight D. Eisenhower delivered his farewell address, in which he warned against “the acquisition of unwarranted influence, whether sought or unsought, by the military-industrial complex.”

In 1995, more than 6,000 people were killed when an earthquake with a magnitude of 7.2 devastated the city of Kobe, Japan.

In 2007, the Doomsday Clock was set to five minutes to midnight in response to North Korea’s nuclear testing.