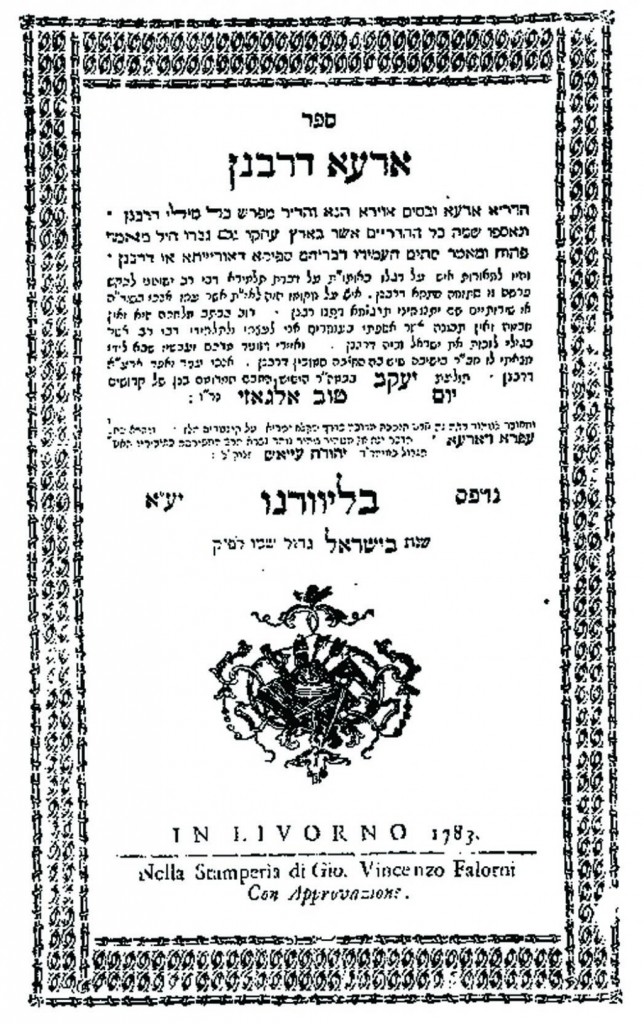 In 5701/1941, the city of Lvov (Lemberg), Ukraine, was captured by the Nazis during World War II. At the time, more than 100,000 Jews lived there. Immediately, the local population assisted the Nazis in conducting a pogrom. In a number of days, over 5,000 Jews were killed. Hy”d.

In 5736/1976, 265 Jewish hostages were rescued from Palestinian and Ugandan terrorists at Entebbe.

After the petirah of the Batei Kehunah, Rav in Yerushalayim, Harav Yisrael Yaakov was called upon to fill the post that was vacated. He fulfilled this duty meticulously and served the Sephardic kehillah in Yerushalayim with distinction. He also led the thriving Beit El Yeshivah in Yerushalayim, from which countless talmidim emerged to become Gedolei Yisrael.

He continued serving as Rav in the Yerushalayim kehillah until his petirah on 6 Tammuz 5516/1756.

Rav Yisrael led a very humble and quiet life. He kept away from the limelight at all costs, serving Hashem, and refused to publish any of his manuscripts that were full of chiddushim. Nevertheless, he was revered by contemporary Rabbanim, and was often referred to with extraordinary reverence. The Sha’ar Hamelech, when mentioning his name in his sefarim, would call him a holy and humble Chassid.

However, he was forced to put aside his humility somewhat to benefit his generation. In 5497/1737 he came down with a debilitating illness, and the doctors practically gave up on his life. Harav Yisrael Yaakov, in his eis tzarah, vowed to publish his manuscript, and miraculously, his ailing health was restored.

Harav Yisrael Yaakov ended up publishing many sefarim which somewhat reveal his vast greatness in Torah. First he published Ar’a D’rabbanan, and subsequently many more. Among his 25 sefarim are Emes L’Yaakov, Ne’os Yaakov, Sheima Yaakov, She’eiris Yaakov and Klal Gadol.

His son was the well-known Ri”t Algazi, who continued his father’s legacy and was a Gadol B’Yisrael in his own right.

In 1775, the Continental Army, forerunner of the United States Army, was created.

In 1777, the Continental Congress in Philadelphia adopted the Stars and Stripes as the national flag.

In 1943, the U.S. Supreme Court, in West Virginia State Board of Education v. Barnette, ruled 6–3 that children in public schools could not be forced to salute the flag of the United States.

In 1952, President Harry S. Truman officiated at the keel-laying of the nuclear-powered submarine USS Nautilus at the Electric Boat Shipyard in Groton, Conn.

In 1954, the words “under
G-d” were added to the Pledge of Allegiance.

In 1967, the space probe Mariner 5 was launched from Cape Kennedy on a flight that took it past Venus.

In 1972, the Environmental Protection Agency ordered a ban on continued domestic use of the pesticide DDT, to take effect at year’s end.

In 1982, Argentine forces surrendered to British troops on the disputed Falkland Islands.

In 1985, the 17-day hijack ordeal of TWA Flight 847 began as a pair of Lebanese Shiite Muslim extremists seized the jetliner shortly after takeoff from Athens, Greece.